The Financial Education of the Eurozone

The Financial Education of the Eurozone

Co-sponsored by the Center for European Studies

The European Project looks in trouble once again.  Mounting political extremism, feeble growth and the loss of its second largest economy shape a convincing case that the integration of Europe’s political and economic institutions has failed to deliver.  The common currency, it appears, has created more mutual resentment among its members than mutual solidarity, and the calls for more exits has led many to conclude it was all a terrible mistake.  And yet, it survives and in many ways prospers.  The resilience of euro area institutions and the difficult decisions taken by its leaders following a sudden stop in global financial flows suggests a surprising resilience.  Indeed, the currency as a store of value did not suffer directly from the crisis.  And for all the gnashing of teeth, euro area governments were forced to double down on their commitments to one another under the skeptical watch of global financial markets.  Even in the face of certain voter rebellion, they opted for measures for integration rather than separation or dissolution.  For a project that is perennially on the verge of collapse, it is worth re-examining how these leaders committed significant sums of taxpayer resources and agreed to an unprecedented pooling of sovereignty.

This Study Group examines how the threat of generalized financial losses from asymmetric global shocks forced European leaders to pursue greater integration in spite of their better political judgment.  The story began in Greece, but spread rapidly to threaten the entire currency area.  After a review the historical and political context that shaped European monetary union through the financial crisis, we will trace how unexpected financial market pressures forced European leaders to sweep aside treaty restrictions in order to build a joint fiscal backstop and consent to active central bank intervention on their joint accounts.  We will also explore how centralized bank supervision and more intrusive oversight of economic policy may reinforce existing institutions.  Finally, we will examine the resilience of what must for the foreseeable future remain a “suboptimum currency union” and weigh policy options to strengthen it amid increasingly complicated political environment.

Christopher Smart, PhD, CFA, has spent the last six years in the Obama Administration as a senior policymaker for international economic affairs.  As Special Assistant to the President at the National Economic Council and the National Security Council, he was principal advisor on trade, investment and a wide range of global economic issues.  From 2009-13, he was Deputy Assistant Secretary of Treasury, where he led the response to the European financial crisis and designed U.S. engagement on financial policy across Europe, Russia and Central Asia.  Before entering government, Dr. Smart was Director of International Investments at Pioneer Investments where he managed top-performing Emerging Markets and International portfolios.  Following the collapse of the Soviet Union, he worked in Moscow, advising Russian government agencies on economic policy and financial market reform.  Earlier in his career, he was a journalist in St. Petersburg, Florida and Paris, France.  Dr. Smart is also the author of The Imagery of Soviet Foreign Policy and the Collapse of the Russian Empire (New York: Praeger Publishers, 1995) and numerous analytical and opinion articles.  He earned a B.A. in History from Yale University and a PhD in International Relations from Columbia University. 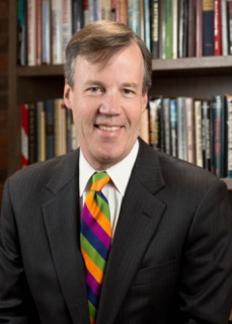