The Changing Landscape of International Trade

The Changing Landscape of International Trade

Eoin Gahan, M-RCBG senior fellow
This study group looks at topics in international trade that are interesting in policy terms.  It will approach topics from a range of international perspectives. Topics will include trade and trade policy from the EU perspective, the role of industrial standards, and Brazil's trade strategy and promotion.  Additional sessions may be added.

Space is limited.  To participate, please send an email to gahanstudygroup@gmail.com including your name, degree program, and year.

Eoin Gahan
Eoin Gahan has long experience in international and national government policy for industry, technology, trade, and investment. Until 2013, he was Head of the Trade, Environment, and Survey Analysis Department in Forfás, which is the Irish government agency for enterprise policy. His trade policy work has included the preparation of economic cooperation programmes, trade, and investment strategy for high-growth markets, trade facilitation issues, the potential impact of trade agreements, European integration, and the implications of new technologies for economic activity. He has also led work on socio-economic scenarios for 2025, long-term energy strategy, and Next Generation Networks implications and requirements. Earlier, he was a co-founder and director of an international consultancy in regulatory reform, and has carried out assignments for international and national organizations in regulation and competitiveness policy, including the World Bank, OECD, UNIDO, and other bodies. Previously, in Forfás, he directed the research of the National Competitiveness Council and instituted the Annual Competitiveness Reports. He also led the Irish Government’s initiative to prepare the business sector for the changeover from the national currency to the euro. Until 1995 he was a senior official in UNIDO dealing with long-term development objectives, regional and national strategies for industrialisation, technology analysis, and economic forecasting, and was also Coordinator of the United Nations Industrial Development Decade for Africa. As a senior fellow, Gahan’s research focuses on the underlying forces at work in international trade, both positive and negative, and the additional challenges generated for trade policy. It includes analysis of the fragmentation of trade negotiations, as well as more supportive trends in other areas.  His faculty sponsor is Robert Z. Lawrence, Albert L. Williams Professor of International Trade and Investment. 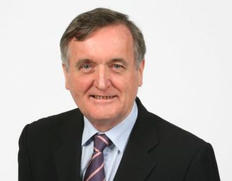