We will conclude by considering the similarities and differences between the crisis in the 1980s with potential external financial crises forty years later with a special focus on the eurozone debt crisis. We will also draw lessons for future debt crisis management. Edwin (Ted) M. Truman was a senior fellow at the Peterson Institute for International Economics (PIIE) from 2001 until December 31, 2020. Before joining PIIE, he was assistant secretary for international affairs at the U.S. Treasury from 1998 to January 2001. He returned to the Treasury as counselor to the secretary from March 2009 to May 2009. Prior to his service at the Treasury, he was director of the division of international finance at the Board of Governors of the Federal Reserve System from June 1977 until October 1998. He joined the staff of the Federal Reserve in 1972 after teaching at Yale. He received his PhD in economics from Yale in 1967 and his B.A. from Amherst College in 1963.   As a senior fellow at M-BCBG, he continues his research on the international coordination of economic policies. His faculty sponsor is Robert Lawrence, Albert L. Williams Professor of International Trade and Investment, Harvard Kennedy School.  Email: etruman@hks.harvard.edu 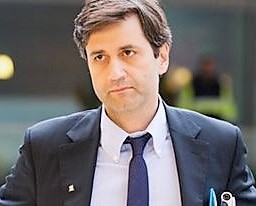 George Chouliarakis is a Senior Fellow at Harvard Kennedy School and the Economic Adviser to the Governor of the Bank of Greece. He was Greece’s Chairman of the Council of Economic Advisers from February 2015 to July 2019 and Alternate Minister of Finance - responsible for fiscal policy and the sovereign debt – from August 2015 to July 2019. He led for Greece the technical negotiations with the European Commission, the ECB and the IMF that resulted in the country's economic adjustment program in August 2015. He also conducted for Greece the technical negotiations that led to the debt relief agreement of June 2018. He has served as a member of the Eurogroup Working Group, a member of the Board of Directors of the European Stability Mechanism, and a member of the Economic Policy Committee of the OECD. He holds a PhD in Economics from the University of Warwick. His email is:  gchouliarakis@hks.harvard.edu