Approximately 4.4 million people are under community supervision in the U.S., comprising over half of the entire correctional population (Kaeble and Alper 2020). Community supervision demonstrates a distinct way in which formal control and surveillance are embedded within daily life, and the very nature of probation and parole as community-based forms of supervision means that place-specific characteristics are likely to impact—and may constrain—people’s successful sentence navigation. Such spatial features also shape the very administration of probation and parole and agents’ work within these contexts, so I ask: how do probation and parole agents navigate the administration of community supervision across rural and urban contexts? What variation exists in how they operate in these spaces, and what factors impact their roles in facilitating success? This research draws from more than 50 qualitative interviews with probation and parole agents working in rural and urban county offices to present descriptive evidence of such heterogeneity in work experiences across place; for instance, the presence, array, and accessibility of community-based resources and treatment programming to which agents can refer people under supervision varies notably across rural and urban areas, with implications for how agents perceive and approach the work that they do. 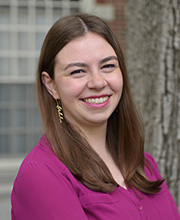 Nicolette Bardele is a PhD candidate in sociology at Harvard University. Her research lies broadly within the sociology of punishment, and she is especially interested in the contemporary nature of community-based supervision (probation and parole) within the U.S. criminal justice system. Her prior quantitative work has examined disparities in the types of conditions that comprise individuals’ probation sentences and the extent to which these conditions are associated with revocation. Nicolette is also engaged in collaborative, mixed-methods research on physical and mental health burdens and access to healthcare among those in solitary confinement.  Nicolette holds a BA in sociology and statistics from the University of Notre Dame, and she is originally from Milwaukee, Wisconsin.

For police scientists and legal experts recruited to assist President Lyndon B. Johnson’s Crime Commission in 1965, the city of Boston was a central research site for studying police encounters with people on the streets and observing criminal law enforcement practices in action. Compared to peer flagship police agencies in Chicago, Los Angeles, and Washington D.C., the Boston Police Department (BPD) exemplified a traditional American police agency in metamorphosis. In the midst of contentious Civil Rights and Black Power struggles in the 1960s, BPD officials commenced a reformist crusade to modernize police organizational practices and upgrade personnel and technology in the name of police professionalization and riot control. Moving steadily toward an emergent paradigm—later coined by Albert J. Reiss Jr. and Donald Black as “proactive policing”—legal researchers teamed up with law enforcement reformers during Johnson’s federal war on crime to invent new strategies and standards for boosting police education and tactical training, revamping police-community relations and minority officer recruitment, and investing in police research and technological development nationwide.

DeAnza A. Cook (she/her) is a History Ph.D. Candidate and Presidential Scholar at Harvard University. Her research specializes in the evolution of police reform, police-community partnerships, and experimental crime control in American cities at the dawn of the 21st century. Cook’s writing on race, power, politics, and punishment in America’s past and present is featured in the Metropole, Black Perspectives, and Annual Review of Criminology. At Harvard, Cook serves as the Mindich Program in Engaged Scholarship program director for the Abolition Collaboratory. She also teaches a Civil Rights and Constitutional Policing in-service seminar for law enforcement officers in Virginia, as well as an African American History course for incarcerated students in Massachusetts.

Chika Okafor — Exploring Prosecutor Behavior and Its Impact on Society

Prosecutorial behavior is one of the least measured parts of the criminal justice system, and perhaps the most consequential.  The decision on whether to charge an individual, on what charges to file, on whether to drop a case, on whether to offer a plea bargain, and on the specific terms of the plea offer remains an unreviewable power of local prosecutors (frequently known as district attorneys).  The purpose of this research agenda is to quantify and characterize the decision-making of district attorneys; uncover underlying mechanisms behind their behavior (e.g., cultural characteristics of the district such as public sentiment toward crime and public safety); estimate how prosecutor career concerns affect important community-based outcomes; and estimate how political factors have contributed to the era of rising incarceration in the United States near the end of the 20th century. 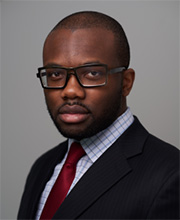 Chika O. Okafor is the inaugural Fellow in Law and Political Economy at Harvard Law School, as well as a Lecturer in Law (starting in 2023).  He is a PhD Candidate in Economics at Harvard University and a JD graduate of Yale Law School.  As an economist and a lawyer with diverse policy experience, he uses the tools of economics, law, and public policy to explore foundational matters of justice—with recent focus on criminal justice, economic justice, and environmental justice. Methodologically, his scholarship integrates economic theory, empirical techniques, and legal analysis to uncover mechanisms of—as well as inform solutions to—inequality.  Okafor is an affiliate of the Institute for Quantitative Social Sciences at Harvard, the Harvard Environmental Economics Program, and Opportunity Insights. He is also a Ford Foundation Pre-Doctoral Fellow, a Stone PhD Scholar in Harvard’s Program in Inequality and Social Policy, a Fellow in Aging & Health Economics with the National Bureau of Economic Research, and the former Reginald F. Lewis Fellow at Harvard Law School.  Okafor has led local gun violence prevention efforts with the Chicago Public Schools, supported national economic and education policy with the U.S. Senate and NAACP Legal Defense Fund, and promoted international human rights with the European Court of Human Rights and the U.S. Holocaust Memorial Museum’s Simon-Skjodt Center for the Prevention of Genocide.  He is licensed to practice law in New York (active status) and Illinois (inactive status).