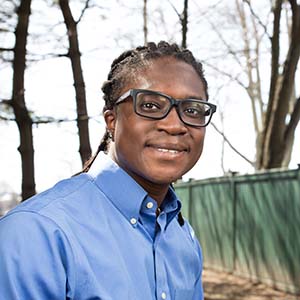 Felix Owusu is a Post-Doctoral Research Fellow at the Program in Criminal Justice Policy and Management in the Malcolm Wiener Center for Social Policy at Harvard Kennedy School. Trained as an economist, his research blends data science, experimental and quasi-experimental research designs, and deep substantive knowledge to understand the application of law and bureaucratic processes in law enforcement agencies and their impacts across race and class.

Owusu recently completed his PhD in Public Policy at Harvard University. During that time, he was a Graduate Affiliate at the Harvard Kennedy School Program in Criminal Justice Policy and Management and a Stone PhD Scholar in the Multidisciplinary Program in Inequality and Social Policy. Owusu has also recently served as a Data Scientist in the Metropolitan Police Department and The Lab @ DC in Washington, DC, where he helped evaluate public safety interventions and spearheaded the effort to produce and publicly release administrative data on police stops in the District of Columbia, and as a Research Fellow at Harvard Law School's Criminal Justice Policy Program, where he was the lead researcher on the report on Racial Disparities in the Massachusetts Criminal System submitted to the Massachusetts Supreme Judicial Court.

Owusu also holds a BA in economics and political science from Williams College and an MPP from the Goldman School of Public Policy at the University of California, Berkeley, and he has been involved in policy research at the National Bureau of Economic Research, the Consumer Financial Protection Bureau, and UC Berkeley’s Institute for Research on Labor and Employment.