A Perspective on Policing from Across the Pond: The Promise of Minimalism in British Policing (4/7/22) | Harvard Kennedy School
Skip to main content

A Perspective on Policing from Across the Pond: The Promise of Minimalism in British Policing (4/7/22)

Following the murder of George Floyd at the hands of Minneapolis Police, there has been intense discussion and debate in the US about the future of policing. Proposals for reform, defunding, or abolition are debated in depth almost daily in popular, political, and academic spaces. These developments are tied to strategic debates about policing and public security, as well as measures to strengthen police accountability.

As we think about alternatives to the current US policing model, very little of this discussion has looked at policing in other countries. As one example, in light of numerous high-profile police shootings of unarmed civilians, many people now question why we need armed police responding to mental health crises, quality-of-life issues or traffic stops? What can we learn from the British model where the vast majority of police do not carry firearms? 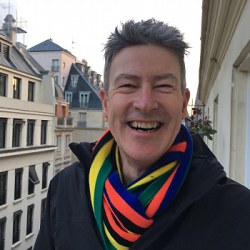 We invited Ian Loader, Professor of Criminology at Oxford University to join us for a discussion of policing in the UK and what lessons it might offer for policing in the US. Professor Loader is the author of six books, including Public Criminology? (Routledge, 2010, with Richard Sparks), and six edited volumes, including Democratic Theory and Mass Incarceration and The SAGE Handbook of Global Policing (with Ben Bradford, Bea Jauregui and Jonny Steinberg, 2016). He has published theoretical and empirical papers on policing, private security, public sensibilities towards crime, penal policy and culture, the politics of crime control, and the public roles of criminology.

Professor Loader asked people to read his recently published paper, “Revisiting the Police Mission,” which looks at the age-old question ‘what are the police for?’ and tries to move the debate on into fresh territory.