Charlottesville, Virginia reckoned with its own history of systemic racism by electing Nikuyah Walker as its mayor and appointing Dr. RaShall Brackney as its Chief of Police, both Black women committed to transformative change that might lead to racial equity. For her efforts, Chief Brackney has been dismissed. Frustrated by efforts to block her initiatives, Mayor Walker has decided against running for reelection. Both women joined us to discuss the promise of transformation and the challenges faced by those promoting policy changes that have the potential to bring about safe, just, and healing communities for all. 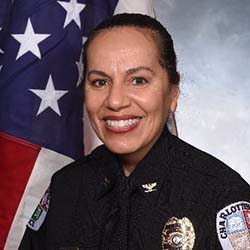 Dr. RaShall M. Brackney is the Chief of Police of Charlottesville, Virginia. Prior to be appointed chief, she retired as a 30-year veteran from the Pittsburgh Bureau of Police and served as the former Chief of Police of the George Washington University. Dr. Brackney is a recognized expert in the areas of harm reduction, procedural and restorative justice practices, and community-police relations. Due to her work in these areas, Dr. Brackney was selected by the Department of Justice to address biased-based and hate crimes reporting challenges in the nation. In addition, she was selected by the Divided Community Project to join their Steering Committee, and the Vera Institute to serve on their national Steering Committee for Policing Programs. Additionally, as a result of her work in social and racial justice, Dr. Brackney was granted a fellowship to Carnegie-Mellon University's, Institute for Politics and Strategy where she specializes in the influence of race on politics and policy. Dr. Brackney earned Bachelors and Masters Degrees from Carnegie-Mellon University and a Ph.D. from Robert Morris University. Additionally, she has earned numerous professional certifications to include the Command Institute for Police Executives and the Police Executive Research Forum. Dr. Brackney is also a graduate of the FBI National Academy in Quantico, Virginia; the United States Secret Service Dignitary Protection course in Washington, D.C.; Redstone Arsenal "Bomb School" for managers in Huntsville, Alabama and Leadership Pittsburgh XIX. 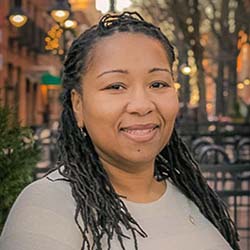 Nikuyah Walker was elected to Charlottesville City Council in November 2017 after years of working as an advocate for racial and social justice. In 2018 she became the city's first Black female mayor after being elected to lead the Charlottesville City Council. Nikuyah’s commitment has been to authentic inclusion, equity, and progress. Her primary goal as a councilor is to help create a city that deserves its World Class designation. Nikuyah was born and raised in Charlottesville and attended Charlottesville City Public Schools. She graduated from Charlottesville High School in 1998 and went on to earn a B.A. in Political Science from Virginia Commonwealth University in 2004. Nikuyah has spent most of her adult life serving those most oppressed and neglected in this community. She has worked in several non-profits in Charlottesville, as a Substance Abuse Clinician, an HIV Prevention Educator, a Community Organizer, and as an employee with the City of Charlottesville in the Parks and Recreation Department.