To create safer neighborhoods in communities beset by high levels of violence, multiple approaches are needed. Roca, Inc, offers one such approach. Roca  seeks out young people who are at risk of engaging in violent acts, engages them in meaningful relationships that build trust, offers them opportunities to learn a set of skills and competencies that might lead to behavioral change, and support them in living into their own dreams. It’s an approach that works, and Chris Judd and Carl Miranda joined us to explain how. 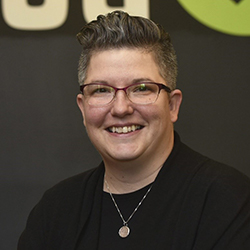 Christine (Chris) Judd is the Director of Roca Springfield and Holyoke. Since 2011, Chris has been leading Roca’s work with high-risk young men and mothers in Western Massachusetts. As the Director, Chris oversees the Roca’s High-Risk Young Men, which focuses on young people who are deeply involved in the criminal justice system and are not ready, willing, or able to participate in any other program or jobs. She led the program through major expansions, including the opening of the High-Risk Young Mothers program in Western Massachusetts in 2017.

A key part of Chris’ role is building partnerships with criminal justice and law enforcement partners, including the Springfield and Holyoke Police Departments, city administrations, the courts, probation services, Hampden County DA’s Office, and the Hampden County Sheriff’s Department. In collaboration with these partners, she leads county-wide work to improve justice outcomes for young adults, with specific efforts to improve public safety. Leading a staff of 30 people, Chris oversees all of Roca’s work in Western Massachusetts to prepare young people to the job market, including workforce development activities, a transitional employment program, pre-vocational trainings, and work with employers across the region.

Prior to joining Roca, Chris served as an educator, Athletic Director, and Dean of Students at Cathedral High school for 12 years. After leaving Cathedral, Chris worked for the Hampden County Sheriff’s Department in the Pre-Release Center and at the After Incarceration Support Services, better known as AISS. Chris earned her M.Ed. from Endicott College and her B.A. from Our Lady of the Elms. 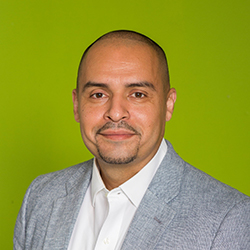 Carl Miranda is the Director of Roca, Boston. As a Salvadoran immigrant who spent his formative years in South Central Los Angeles in the 1980’s, and as a professional who has worked for many years in urban environments in front-line and management capacities, he understands the kind of struggles that young adults face in urban environments with poverty, trauma, and challenging relationships with law enforcements.

Carl brings 10 years of nonprofit experience working with state agencies such as DYS, DMH, and DCF in Massachusetts and Connecticut. Before joining Roca, Carl was the Center for Human Development’s Western Regional Program Director & Contract Manager for Adolescent Re-entry Services where he oversaw the administration of community and clinical services for 200+ youth re-entering western Massachusetts from lock-up facilities.