On December 31, 2020, Massachusetts Governor Charlie Baker signed into law “An Act Relative to Justice, Equity, and Accountability in Law Enforcement in the Commonwealth,” which is intended to bring about increased accountability and transparency within state police agencies. Senator Will Brownsberger was a key player in creating the bill and negotiation around amendments. He joined us to discuss this effort and the likely impacts it will have on Massachusetts and beyond. 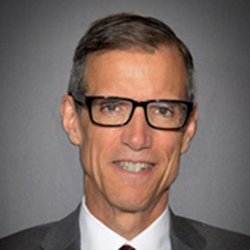 Will Brownsberger is the State Senator for the 2nd Suffolk & Middlesex District, representing Belmont, Watertown, and parts of Allston, Brighton, Back Bay, and Fenway. Senator Brownsberger serves as the Senate President Pro Tempore and has previously served as the Senate chair of the joint committees on Judiciary and Public Service. Prior to his 2011 senate election, Brownsberger served as State Representative for the 24th Middlesex District for five years. While serving as Assistant Attorney General and through his years as a Selectman, he taught, consulted, and conducted research on criminal justice issues, holding positions at Harvard Medical School’s Division on Addictions, Boston University School of Public Health’s Join Together Program, the Kennedy School's Program on Drugs and Crime, and Harvard’s Interdisciplinary Working Group on Drugs and Addictions.