We have heard a great deal about progressive prosecutors, whose work on the front end of criminal case processing have long lasting effects on individuals, their families, and their communities. Probation Chiefs also have outsized influence on those who have contact with the criminal legal system, but rarely do we speak to or about the progressive chiefs among them. Wendy Still, Chief Probation Officer of Alameda County, has been this figure for over two decades. She joined us to detail the changes she’s made to San Francisco and Alameda Counties to achieve justice and public safety by reducing the harms done to those in her charge, with an extended discussion about the cultural change she promoted in the organization to achieve the remarkable results observed under her leadership. 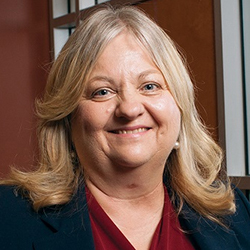 She earned her Masters of Advanced Studies, Criminal, Law & Society from the University of California, Irvine. She earned her Bachelor of Science Degree in Organizational Behavior from the University of San Francisco. Chief Still is a member of the American Probation and Parole Association, the American Correctional Association and the American Society of Criminology and has held numerous civic positions within the State of California.