Public defenders play a key role in advocating for people impacted by the criminal legal system, not just on the individual level but for entire communities as well. We spoke with a panel of three experts in public defense from around the country, engaging in a discussion on how to reduce harms and increase public safety for communities most negatively affected by enforcement, legal, and penal system policies. Panelists discussed their specific efforts in the Bronx New York, Alameda County California, and Massachusetts around mental health, social work models, trauma-informed training, and also efforts to challenge unjust and often unconstitutional practices, including those assessments of fines and fees, pretrial detention and bail, and stop and frisk. Dehlia Umunna, Clinical Professor of Law and Deputy Director of the Criminal Justice Institute at Harvard Law School, joined us as guest moderator.

Anthony J. Benedetti is Chief Counsel of the Committee for Public Counsel Services (CPCS), the Massachusetts agency responsible for providing legal services to those who are unable to afford it in cases where there is a constitutional or statutory right to an attorney.  After graduating from Boston College and Suffolk University Law School, he worked as a public defender trial lawyer in the CPCS Brockton office representing clients in the Plymouth County District and Superior Courts.  In 1998, Attorney Benedetti became the CPCS General Counsel, responsible for providing legal counsel and support to the Chief Counsel, and maintaining a leadership role in carrying out of the agency’s fiscal, human resources, and operational responsibilities, internally and externally.  In addition, he was the agency representative before the executive, legislative and judicial branches on budget and legislative issues.  He was selected as Chief Counsel in 2010. Attorney Benedetti is an active long-time member of the Massachusetts Bar Association and Boston Bar Association, as well as the Massachusetts Association of Criminal Defense Lawyers. On the national level, Anthony is a member of the National Association of Criminal Defense Lawyers, the National Legal Aid and Defender Association (NLADA) and the National Association for Public Defense. 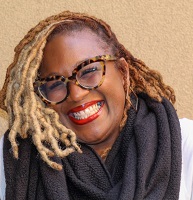 Porsha-Shaf’on Venable is Supervising Attorney of the Criminal Defense Practice of The Bronx Defenders. She was born, raised and still resides in the Bronx. Porsha-Shaf’on received her J.D. from California Western School of Law and her MSW from New York University School of Social Work. She now returns to the Bronx Defenders for the fourth time in her career. She initially worked at Bronx Defenders as a Forensic Social Worker.  During Law school, She then returned to Bronx Defenders as a Law Clerk and after law school, she was a Staff Attorney in the criminal defense practice, the Adolescent Defense Project and a Team Leader. In 2017, she joined the Neighborhood Defender Service of Harlem as a staff attorney. 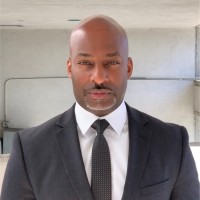 Brendon Woods is Chief Public Defender of the Alameda County Public Defender's Office. With nearly 20 years of experience in criminal defense litigation, Brendon Woods has held positions of increasing responsibility in the Alameda County Public Defender’s Office since he joined the Office as a Post-Bar Law Clerk in 1996. In December 2012, he was appointed Public Defender. He is the first African American Public Defender in Alameda County history. Woods leads 160 attorneys, investigators, and support staff, operating out of five branches throughout the County, to provide superior legal defense in more than 3,300 new files monthly. In 2013, his office was named Law Office of the Year by the Alameda County Bar Association. Woods’ commitment to providing inspired holistic representation to his clients led him to hire full-time social workers to link clients with essential services throughout their criminal cases to provide alternatives to incarceration. He established a Clean Slate program to expunge clients’ criminal records, and he is leading his office in the shift from horizontal to vertical representation to further improve client services. Woods also hired immigration attorneys, making his office the first in the country – outside of New York – to implement immigration representation within the Public Defender’s Office. His Immigration Representation Unit was named Program of the Year in 2016 by the California Public Defenders Association.

Dehlia Umunna is a Clinical Professor of Law at Harvard Law School (HLS), and the Faculty Deputy Director of the law school’s Criminal Justice Institute (CJI), where she supervises third-year law students in their representation of adult and juvenile clients in criminal and juvenile proceedings in Massachusetts Courts, including the Supreme Judicial Court.  Her teaching interest and research focus on Criminal Law, Criminal Defense and Theory, Mass Incarceration, and Race Issues. She serves as a Faculty Adviser to some student organizations. Professor Umunna coaches the HLS National Criminal Justice Trial Advocacy and the HLS Black Law Student Association Trial Teams, and has led them to numerous regional and national awards.   In addition to her work at HLS, Professor Umunna serves as a faculty member for Gideon’s Promise (formerly the Southern Public Defender's Training Center), and is a frequent presenter at Public Defender Training Conferences and Social Justice Reform Panels around the country. She was recently appointed by the Massachusetts Supreme Judicial Court to the newly-established Bar Admissions Curriculum Committee to assist in crafting the Uniform Bar Exam.