It would appear that mayors are well-positioned to help create safer communities, reimagined in the current moment. Not surprisingly, however, this is no easy task, and mayors across the country are struggling to reform systems that have defied real change for decades. 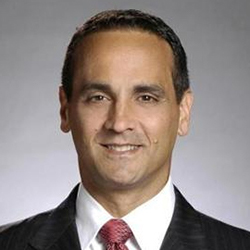 Joseph A. Curtatone was first inaugurated in 2004, becoming at age 37 the second-youngest Mayor in Somerville’s history. Now in his ninth term, he is the City’s longest-serving chief executive. Curtatone previously served for eight years as Alderman-at-Large.

As Mayor, he has implemented a wide range of reforms and new programs that have earned both him and the City widespread recognition. A sampling of that recognition includes, early in his administration, the Boston Globe declared Somerville “the best-run city in Massachusetts.” Mayor Curtatone is credited with a successful full-scale reform of the Somerville Police Department. As one of his first efforts, he established a policy advisory commission headed by former Attorney General Scott Harshbarger to develop a comprehensive reform agenda for the Somerville Police, including the decision to remove the position of Police Chief from civil service. Mayor Curtatone has been a stalwart supporter of numerous social justice initiatives and causes whether Sanctuary City, Black Lives Matter, same-sex marriage, LGBTQ rights, or other initiatives he has stood by his support despite significant blowback. In 2020, he was among the first Mayors in the nation to declare systemic racism a public health crisis and has marshaled resources to address this public health emergency.

A 1984 graduate of Somerville High School, he earned his B.A. from Boston College in 1990, a J.D. from New England School of Law in 1994, and a Mid-Career Masters in Public Administration from the Harvard Kennedy School in 2011. Prior to his election as Mayor, he served as an attorney in private practice and a volunteer assistant football coach at Somerville High School. 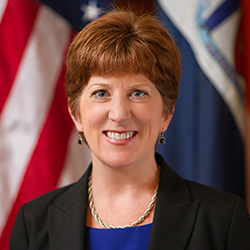 Kathy Sheehan is in her second term as Albany, New York’s 75th mayor.  Mayor Sheehan has dedicated her administration to creating a City of opportunity, leading with a commitment to equity and responsive government that includes diverse community voices. Kathy served a four-year term as Albany’s Treasurer prior to being elected mayor, implementing changes to improve the City’s fiscal policies and overhauling the City’s parking ticket system. Before serving in elected office, Kathy was the vice president, general counsel, and corporate secretary of a publicly-traded medical device manufacturer.

Under Mayor Sheehan’s leadership, the City adopted its first new zoning code in more than half a century, secured millions of dollars in funding for workforce development, and became the third City in the U.S. to implement Law Enforcement Assisted Diversion, which provides alternatives to arrest for certain non-violent offenders. Mayor Sheehan implemented traffic calming initiatives to make Albany’s streets safer for pedestrians and cyclists alike, launched a new $1 million vacant building rehabilitation program and $1.5 million poverty reduction initiative, led the steady transformation of the City’s downtown into a new urban neighborhood, renovated more than a dozen parks across Albany, and revamped the award-winning Summer Youth Employment Program. 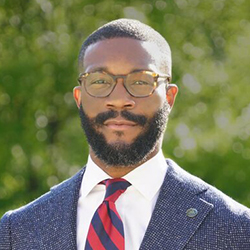 Randall L. Woodfin was sworn in as the 30th mayor of Birmingham, Alabama on Nov. 28, 2017. His dedication to his hometown and to others developed when he was a 15-year-old working as a bagger at a Birmingham supermarket. It was the place where Mayor Woodfin learned the importance of “Putting People First,” a concept he carried on to Morehouse College, then to law school and finally into his career. Today, that message is at the core of his administration.

But those words are more than a slogan or theme. “Putting People First” is a strategy representing Mayor Woodfin’s mission to build the best version of Birmingham it can be.

In order to make Birmingham a laboratory for progress, the mayor is focused on revitalizing the city’s 99 neighborhoods, enhancing education and career opportunities for students, and creating an innovative economic climate to grow, attract and retain talent, startups and small businesses.

Under Mayor Woodfin’s leadership, the city launched the Office of Social Justice and Racial Equity which seeks to employ social justice as a core principle in City of Birmingham policies, operations and decision-making.

A native of Birmingham and graduate of Cumberland School of Law, Mayor Woodfin is an attorney and former president of the Birmingham Board of Education.