Civilian oversight review boards have become a central topic in discussions about police accountability. But although there are a few models of such boards, there is little compelling evidence that any lead to the type of accountability wished for or that they improve community confidence. To better understand the role that civilian oversight review boards can play, we spoke with Brian Corr, Former President of the National Association for Civilian Oversight of Law Enforcement (NACOLE). Among the questions we posed: 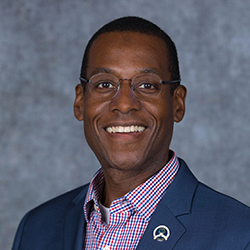 Brian Corr is the immediate past president of  the National Association for Civilian Oversight of Law Enforcement (NACOLE) and has worked for the City of Cambridge, Massachusetts since 2008 where he leads both the city's Police Review & Advisory Board and its Peace Commission. He manages the city’s civilian oversight agency as well as community responses to support recovery and healing in the wake of traumatic events and violence affecting Cambridge and its residents.

Before joining the City of Cambridge, Brian worked as the first statewide field organizer for the ACLU of Massachusetts, where his work included organizing around civilian oversight in response to allegations of police misconduct and racial profiling in Lawrence, Mass. From 2009 to 2012, Brian served on the board of the Louis D. Brown Peace Institute, a Boston-area nonprofit that assists and empowers both families who have lost children to homicide and families whose children have taken a life — while conducting education and advocacy work to raise awareness of the causes and consequences of violence on individuals, families, and communities.