In this new report by Executive Session members Vincent Schiraldi, Bruce Western, and Kendra Bradner, the authors note that the human brain has been clinically shown to not fully mature prior to the mid-20s and suggest new institutional methods and processes for young adult justice that can meet the realities of life for today's disadvantaged youth involved in crime and the criminal justice system.

They envision a system that extends the reach of the juvenile court to reflect a modern understanding of the transition into adulthood, and their primary recommendation is that the age of juvenile court jurisdiction be raised to 21, with additional, gradually diminishing protections for young adults up to age 24 or 25. 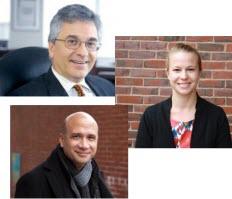 Prison is becoming home for a increasing number of young adults, most of whom find themselves caught in a revolving door that leads them back behind bars multiple times. Nearly 130,000 young Americans between the ages of 18 and 24 were admitted to state or federal prison in 2012. Another 97,500 were released back into their communities, but roughly 78 percent of them will be rearrested within three years. 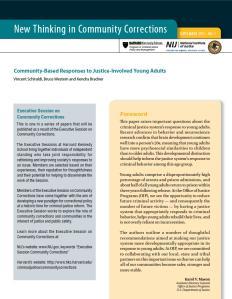