Less Is More: How Reducing Probation Populations Can Improve Outcomes

Less Is More: How Reducing Probation Populations Can Improve Outcomes

In this new report, co-authored by Michael Jacobson, Vincent Schiraldi, Reagan Daly, and Emily Hotez, the authors discuss the consequences of the tremendous growth in probation supervision over the past several decades in the United States and argue that the number of people on probation supervision needs to be significantly downsized.

The authors find that probation has often not served as an alternative to incarceration, but rather as a key driver of mass incarceration in the United States. Despite the large numbers of individuals under supervision, probation is the most underfunded of agencies within the criminal justice system. This leaves those under supervision, often an impoverished population, with the responsibility of paying for probation supervision fees, court costs, urinalysis tests, and electronic monitoring fees among a plethora of other fines. These financial obligations have incredibly detrimental implications on the mental and economic state of those under supervision and is argued to be an unjust and ineffective public policy.

Using New York City as an example, the authors outline how the probation department there was able to see a two-thirds decline in the number of people under community supervision from 1996 to 2014. At the same time that this decline happened, the city’s rate of crime and incarceration both decreased precipitously, showing that jurisdictions can experience fewer people on probation, less crime and less incarceration.

The report suggests that probation departments should focus one (1) placing lower-risk clients onto caseloads that utilize “light-touch” mechanisms such as kiosks or computerized monitoring, (2) shorten probation terms to no more than is necessary to achieve the goals of sentencing and (3) aggressively pursue early discharge for clients that successfully demonstrate compliance with the regulations of supervision. 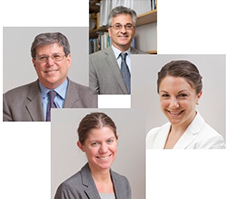