In this new report, co-authored by Jeffrey A. Butts and Vincent Schiraldi, the authors ask us to reconsider using recidivism as the defining measure of community corrections. Measuring the success of community corrections by recidivism, mainly, limits the mission to one of law enforcement, which relieves agencies of their responsibility for other outcomes such as employment, education and housing. Recidivism rates have long been a hallmark of defining success or failure in the criminal justice system, but it has its limitations.

The criminal justice sector is increasingly aware that recidivism is insufficient for measuring the effectiveness of community corrections interventions on individuals or for assessing community well-being. As an outcome indicator, recidivism is subject to at least three significant limitations:

The authors conclude with a set of recommendations:

Jeffrey A. Butts is the Director of the Research & Evaluation Center at John Jay College of Criminal Justice; and Vincent Schiraldi is a Senior Research Scientist at the Columbia School of Social Work. 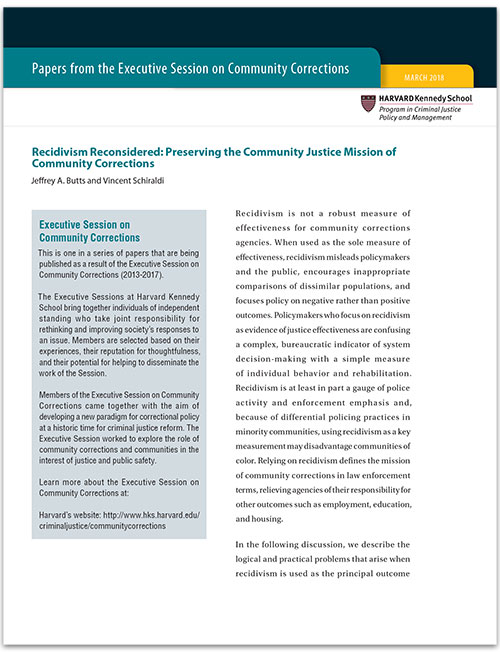