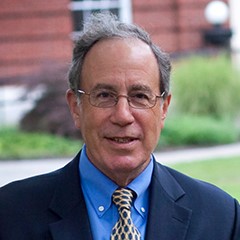 Bob Schwartz currently serves as Senior Advisor to the Harvard Project on Workforce at the Harvard Kennedy School’s Malcolm Wiener Center for Social Policy.  From 1996-2013 he was a member of the faculty of the Harvard Graduate School of Education, serving successively as Senior Lecturer, Professor of Practice, Academic Dean, and Francis Keppel Professor of Practice in Educational Policy and Administration.   In 2015 he rejoined HGSE as a Senior Research Fellow.  Prior to joining Harvard he played a variety of roles in education:  high school teacher and principal; education advisor to the Mayor of Boston and the Governor of Massachusetts; education director of The Pew Charitable Trusts; and founding president of Achieve, Inc.

In 2011 he co-authored an influential report calling for more attention to career and technical education, Pathways to Prosperity: Meeting the Challenge of Preparing Young Americans for the 21st Century.   In 2012 with Nancy Hoffman from Jobs for the Future he co-founded a national network of states and regions to act upon the analysis and recommendations outlined in the Pathways report.  In October 2017 Hoffman and Schwartz published Learning for Careers (Harvard Education Press), their participant/observer implementation report on the first five years of the Pathways to Prosperity Network.  Hoffman and Schwartz have subsequently curated four additional volumes on Work and Learning for the Ed Press.