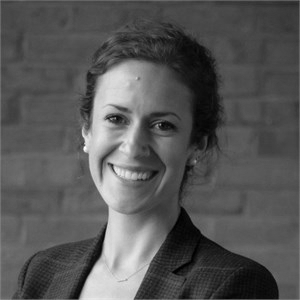 If girls “run the world”, why is gender equality so hard to achieve? It has been 100 years since women gained voting rights in the US and many European countries, 70 years since the Universal Declaration of Human Rights and China’s state policy of gender equality, 50 years since the transnational Women’s Liberation movement, and 25 years since the UN Beijing Declaration. Yet, as a group, women and girls lag behind men and boys in almost every metric of social and economic power globally – and systematic data about gender non-binary people are scarcely available. This course is designed to empower students as change agents in the fight for global gender equality through a three-part toolkit: conceptual foundations; structural analyses; and repertoires of action, policies, and praxis. Our goal is to gain confidence and fluency in key terms, concepts, and debates in feminism and gender issues to facilitate dynamic learning and collaborative action. We will then learn to analyze, map, and interrogate gendered power structures locally and globally, seeking to understand how gender works in concert with other inequalities from women’s homes to the halls of power. How might we explain: why some countries and contexts are further along than others in achieving gender equality; why patriarchal backlash is so persistent; and whether capitalism is compatible with feminism? Finally, this future-oriented course turns toward feminist practices, policies, and actions that have been implemented and enacted from the individual to the national level. We will examine different strategies for achieving equality – their promises and pitfalls – seeking out opportunities for innovation and future transformation.

This course is built on intersectional and decolonized approaches to feminism, which serve as the state-of-the-art starting point for achieving gender equality in the 21st century. The course refers to feminisms because pluralism is both an empirical fact underpinning gender politics in global perspective, and a normative commitment for learning from feminist movements’ multiplicity and diversity. Throughout the course we will discuss various forms of oppression and discrimination as they relate to inequality – including racism, imperialism, and economic exploitation. However, this course is primarily focused on analyzing feminist and womxn’s struggles for freedom, rights, and dignity and will therefore engage with overlapping hierarchies as intrinsic to understanding how gendered power works (another course might examine the inverse to equally illuminating effect). Early on we will examine and discuss the gender binary that dominates most cultures’ conception of and language for describing sex, gender identities, and social norms. Students will be given time and tools to examine their own gendered identities, experiences, and social-political and -economic positions. And – in light of this work – we will commit to read, speak, and listen freely and inclusively, with rigor and kindness in accordance with community norms set by the class.