The American Big Companies (Robber Barons) and the Federal Trade Commission, 1914: The origins of antitrust 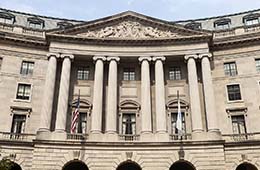 In this paper we tried to analyze American business history, and what the politicians believe about the cartelization of companies, and how they looked for economic arguments in order to restrain their power; vice versa could be considered as well. As far as we know the economy tries to solve any social problem and big companies have become a problem for American society since 1880. Controversy about big business (Robber Barons) occurred from the end of the nineteenth century until the New Deal, the significant consequence of which was the achievement in 1914 of the Clayton Act and Federal Trade Commission. Academic and political conflict survived for decades and became a framework of control of the free market known as American Merger Guidelines.