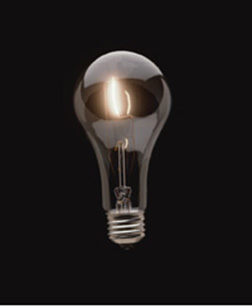 Speakers James E. Spiotto, Managing Director, Chapman Strategic Advisors LLC; Allan Fung, Mayor of Cranston, Rhode Island; Larry R. Deetjen, The Village Manager of Oak Lawn, IllinoisAcross the United States,
state and local government-sponsored pension plans are in trouble. Some are
substantially underfunded to the extent that their assets are unable to meet
future liabilities without either outsized investment returns or large cash
infusions. Based on discount rate assumptions used by plan sponsors (generally
7.5%), the estimated unfunded liability exceeds $1 trillion. Using more
conservative assumptions, namely a risk-free discount rate, the liability could
soar to $5 trillion. These aggregate national figures obscure considerable
variability. Half a dozen states are dangerously underfunded, while other
states are approaching full funding. This seminar will include a discussion of
where we have been on the pension reform and legal front, what are some of
the coming attractions and trends to follow, what practical and creative legal
alternatives are available and how they may vary by state. We will look at the
experiences of two communities Cranston, Rhode Island and the Village of
Oak Lawn, Illinois. Cranston was struggling financially in 2011 due to in
part to unaffordable pension benefits. In 2011, Rhode Island passed pension
reform legislation, after which, in 2013, Cranston passed legislation to
address its critical pension status. The Village of
Oak Lawn, Illinois, has similar demographics, financial distress and pension issues as Cranston faced in 2013
but without the benefit of pension reform legislation, and its experience has
been markedly different. This seminar is hosted by M-RCBG as part of its weekly Business & Government Seminar series and is being co-sponsored by the Taubman Center for State and Local Government. Lunch will be served. RSVPs are helpful mrcbg@hks.harvard.edu