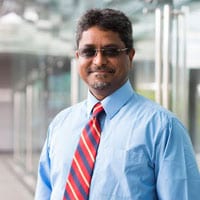 Ananish Chaudhuri is Professor of Experimental Economics at the University of Auckland. He is the founder and Director of DECIDE – the University of Auckland Business Decision Making Lab. He has published widely in leading international scholarly journals and is the author of a critically acclaimed book "Experiments in Economics: Playing Fair with Money" (Routledge). He serves in an editorial capacity for a number of leading scholarly journals. He is ranked among the top 10% of authors in Economics across the world according to the Research Papers in Economics and Social Science Research Network databases. In August 2018, he received a Distinguished Contribution Award as well as his third research excellence award from the Faculty of Business and Economics at the University of Auckland. He is currently working on a new book "Behavioral Economics and Experiments" (Routledge) and an edited volume "Research Agenda in Experimental Economics" (Elgar).

What determines our views on taxation and crime, healthcare and religion, welfare and gender roles? And why do opinions about these seemingly disparate aspects of our social lives coalesce the way they do? Research over the last fifty years has suggested that political attitudes and values around the globe are shaped by two ideological dimensions, often referred to as economic and social conservatism. However, it remains unclear why this ideological structure exists. Here, we highlight the striking concordance between these dual dimensions of ideology and independent convergent evidence for two key shifts in the evolution of human group living. First, humans began to cooperate more and across wider interdependent networks. Second, humans became more group-minded, conforming to social norms in culturally marked groups and punishing norm-violators. We propose that fitness trade-offs and behavioural plasticity have maintained functional variation in willingness to cooperate and conform within modern human groups, naturally giving rise to the two dimensions of political ideology. Supported by evidence from across the behavioural sciences, this evolutionary framework promises novel insight into the biological and cultural basis of political ideology.

Lunch will be served.