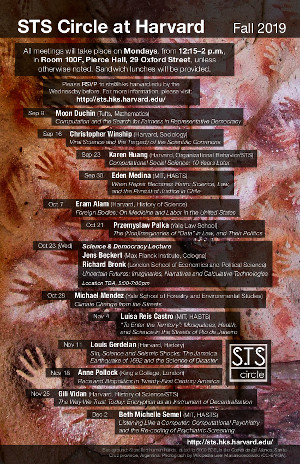 Bio Karen
Huang is a Ph.D. Candidate in Organizational Behavior with a secondary field in
STS at Harvard University. She is a Fellow in the STS Program at Harvard, and a
Fellow at the Berkman Klein Center for Internet & Society. Karen works in
several interdisciplinary research streams, drawing from STS, ethics,
psychology, and political philosophy. Her research in STS investigates the
expansion of computer science expertise into the social sciences and
conceptions of progress. In her current research, she looks at the development
of micro-targeting practices in social data science -- how they shape and are
shaped by "Big Data" and the tech industry -- as well as the politics
of framing controversies in machine learning as issues of "fairness"
and "privacy". She is particularly interested in why particular
ethical frameworks become privileged as the dominant discourse. In her
research, Karen draws from her training and background in several disciplinary
approaches to ethics. Before starting her doctoral studies, Karen studied phenomenology
at Bard College Berlin. She holds a Bachelor’s Degree in Ethics, Politics &
Economics (specializing in political philosophy) from Yale University, and a
Master’s in Psychology from Harvard University.