EU Regulatory Cooperation: A Reality Check: Is there a ‘Brussels Effect’ in Climate Change regulation? 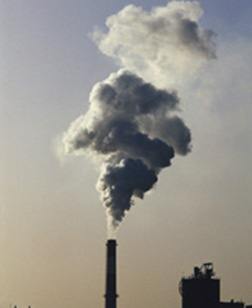 In the first study group of  ‘Regulatory Cooperation A Reality Check’ in November 2018, we looked at EU third country formal trade agreements and their success in promoting regulatory cooperation.  At the March 7 study group, we will look at the informal diffusion of rules, termed the ‘Brussels Effect’.  The latter refers to the voluntary adoption by companies and third countries of EU laws and standards outside of the framework of formal trade agreements (See Bradford, A. (2012). The Brussels Effect. Northwestern University Law Review, 107(1), 1-67).  The examples cited most often in the literature are EU waste, chemicals and data protection legislation where multi-national companies, having to comply with EU legislation in the EU internal market, find it more efficient to adopt the same standards globally.  Third countries see an advantage in taking over the EU model because it is modern, regularly evaluated, reviewed, and updated; sets a high standard; and, by drawing on different national traditions, has the propensity to suit a variety of regulatory environments.

The study group will briefly review legislative areas where EU legislation has served to inspire the development of similar legislation in third countries.  The discussion will then focus on climate change and explore to what extent EU policy and legislation is providing a model for third countries.  We will examine the EU emission trading legislation and the ‘CO2 and cars’ initiatives specifically and look more broadly at the question of whether climate change cooperation initiatives with US, Canada, Australia, China, India, Brazil, South Africa, South Korea and regional groups have been instrumental in promoting legislative harmonisation.  Dr. Runge-Metzger will share his experience from international climate change negotiations and explore the dynamics of policy diffusions in that context

At Capacity -- Dinner Film Screening: "There's Something in the Water" environmental racism documentary