Fig Leaf or Force for Good? IOCs and the energy transition 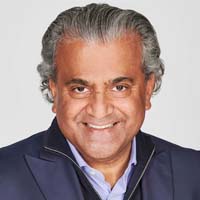 BP was the first of the supermajors to announce more than a general intention of shifting toward cleaner fuels, namely a target of becoming carbon-neutral by 2050, as well as a commitment to cut oil and gas production by 40% by 2030 while scaling up renewables by $5bn per annum over the same period. Can this be done? Should it?

M-RCBG Senior Fellow Christof Ruehl will be joined by Dev Sanyal, Executive Vice President Gas and Low Carbon Energy at BP, for a discussion on the options and choices of IOCs in the face of the energy transition.

Dev joined BP in 1989 and has held a variety of international roles in London, Athens, Istanbul, Vienna and Dubai. He was appointed chief executive, BP Eastern Mediterranean in 1999 and in 2003 he became chief executive, Air BP. In 2006 he was appointed head of the group chief executive's office prior to being named group treasurer in 2007. During this period, he was also chairman of BP Investment Management Ltd and accountable for the group's aluminium interests. On joining the BP executive team in 2011, Dev was executive vice president, strategy and regions prior to his appointment in 2016 as chief executive, alternative energy and executive vice president, Europe and Asia regions, prior to his current role.

Dev is an independent non-executive director on the board of Man Group plc; a member of the board of overseers of The Fletcher School of Law and Diplomacy, Tufts University; the energy advisory board of the Government of India; and the board of the Council for European Reform.