Landing Amazon HQ2: How Virginia made it happen, and what happens next | Harvard Kennedy School Skip to main content

Landing Amazon HQ2: How Virginia made it happen, and what happens next 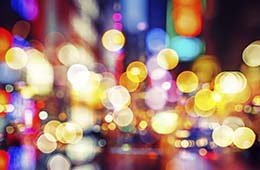 The recent Amazon HQ2 “sweepstakes,” with 238 proposals submitted by 54 states, provinces, regions and cities from throughout the US, Canada and Mexico seeking its originally-proposed 50,000 jobs and projected $5 billion in new construction, represents one of the largest economic development deals in history. After narrowing it down to 20 finalists, Amazon made a surprise announcement in deciding to award its prized new headquarters to not one, but two locations Crystal City in Arlington, VA and Long Island City in Queens, New York City. It also announced that downtown Nashville, TN would be the location for a new “Operations Center of Excellence.” And in the latest twist, Amazon made the shocking announcement that it will pull out of its deal to locate in NYC. In the world of economic development, this was the quest for the Holy Grail, making Virginia Economic Development Partnership President & CEO Stephen Moret a modern-day Sir Galahad having served as the lead in negotiating the Amazon deal for the Commonwealth of Virginia. But with this opportunity come many questions about the hyper-competitive economic development landscape, the role of state and local government and the use of public subsidies, and the impacts (anticipated and unanticipated) on the community within which Amazon will be locating. The Taubman Center for State & Local Government is thrilled to have Stephen joining us at HKS to share more details on how the deal was done, his insights on all that has transpired since, and what comes next for the Arlington region now that Amazon is coming. The event will be moderated by Taubman Center Executive Director Rafael Carbonell, and lunch will be provided.
Copyright © 2020 The President and Fellows of Harvard College.