The Political Economy of Economic Diversification in Saudi Arabia 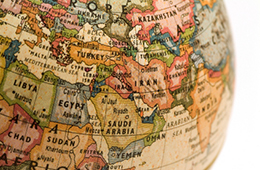 Following the end of the second oil boom in 2014, Saudi Arabia has been attempting to accelerate the process of its economic diversification away from oil. Transition to a post-oil economy is an old and new agenda in the Saudi political economy: the Saudi government has been intending to achieve it since the 1960s. It is a challenging policy task given that no oil-dependent economies have been capable of making such transition so far, while the oil-abundant economies around the world had already developed some productive base by the time of rising oil production, thereby avoiding being trapped in the oil-dependence. The oil-dependence in Saudi Arabia, combined with the growth of highly distributional state-society relationships after the mid-century, arguably has erected barriers to reform through dis-incentivizing institutional flexibility, industry-oriented human capital growth, and other changes required for governance improvement. To what degree is the Saudi political economy reformable, and what policy options does the reformist coalition in the country have? This talk will highlight key barriers to economic diversification in Saudi Arabia and explore how they can possibly be overcome, by referring to relevant theoretical discussions such as the resource (rent) curse, institutionalism, fiscal sociology, state formation, and others.

Makio Yamada is a Lecturer at Princeton University (Institute for Transregional Study). He is also a Senior Research Fellow at King Faisal Center for Research and Islamic Studies in Saudi Arabia. His research focuses on the political economy of Saudi Arabia. His recent publications include: “Can Saudi Arabia Move beyond ‘Production with Rentier Characteristics’?: Human Capital Development in the Transitional Oil Economy” (Middle East Journal, 2018); and “Exploring Why Institutional Upgrading Is not so Easy in Rentier States” (Project on Middle East Political Science Studies, 2019). He obtained his doctoral and master’s degrees from University of Oxford (St. Antony’s College).