Regulating Systemic Risk in the Financial Sector: What have we learned, what remains to be done? | Harvard Kennedy School
Skip to main content

Regulating Systemic Risk in the Financial Sector: What have we learned, what remains to be done? 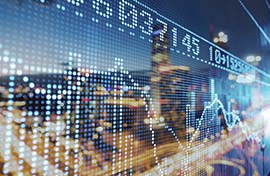 Sir Paul Tucker is chair of the Systemic Risk Council, a research fellow at Harvard Kennedy School's Mossavar-Rahmani Center for Business and Government, and author of Unelected Power (Princeton University Press, 2018). His other activities include being a senior fellow at the Center for European Studies at Harvard University; president of the UK’s National Institute for Economic and Social Research; a director at Swiss Re; a member of the Board of the Financial Services Volunteer Corps, and a Governor of the Ditchley Foundation. For over thirty years he was a central banker, and a member of the Bank of England’s Monetary Policy Committee from 2002. He was Deputy Governor from 2009 to late 2013, including serving on the Financial Policy Committee (vice chair) and Prudential Regulatory Authority Board (vice chair). Internationally, he was a member of the steering committee of the G20 Financial Stability Board, and chaired its Committee on the Resolution of Cross-Border Banks to solve “too big to fail”. He was a member of the board of directors of the Bank for International Settlements, and was chair of the Basel Committee for Payment and Settlement Systems from April 2012.