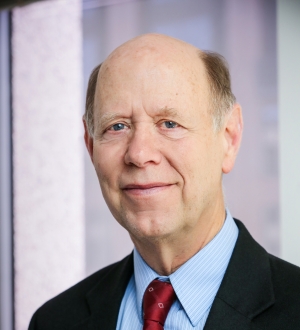 ​In this webinar, Gene Steuerle will demonstrate the extraordinary extent that Democrats for decades have succeeded mainly in devoting almost all real growth in spending to Social Security and health care, while Republicans have concentrated on lowering taxes on capital owned mainly by the rich and avoiding tax increases on others. Like two closing arms of a pair of scissors, these efforts have increasingly cut out investment in the young, working families, people of color, and the pursuit of opportunity for all, while leading to ever higher debt as a share of GDP. Meanwhile, monetary policy (and global markets) adds to inflation in wealth more so than in consumer prices, adding to wealth inequality and threatening slower long-term growth by propping up unproductive investment. President Biden may very well want to pursue an opportunity agenda without attacking this brick wall, but it rises higher every day.

Eugene Steuerle is an Institute fellow and the Richard B. Fisher chair at the Urban Institute. Among past positions, he was deputy assistant secretary of the US Department of the Treasury for Tax Analysis (1987–89), president of the National Tax Association (2001–02), codirector of the Urban-Brookings Tax Policy Center, chair of the 1999 Technical Panel advising Social Security on its methods and assumptions, and chair of the 2015–16 National Academy of Sciences Committee on Advancing the Power of Economic Evidence to Inform Investments in Children, Youth, and Families. Between 1984 and 1986, he was the economic coordinator and original organizer of the Treasury’s tax reform effort.

​Eugene Steuerle, Institute fellow and the Richard B. Fisher chair at the Urban Institute.