In the wake of violence against Black Americans and in a moment of national reckoning in Summer 2020, the HKS Library pulled together a reading list that is inspired and largely informed by Resources and Reading on Racial Justice, Racial Equity, and Anti-Racism published by the Institutional Anti-Racism and Accountability Project (IARA) at the Ash Center and in partnership with the HKS Office of Diversity, Inclusion, and Belonging.

This reading list is a starting place to find resources that speak to racial justice, racial equity, and anti-racism.  If you have suggestions or feedback, please send us an email: library_research@hks.harvard.edu. Books are linked to eBook versions where available.

In addition to access through Harvard Library, we believe these titles should be a part of other academic and public libraries. If these titles are not a part of your local libraries, most libraries solicit and support community requests. If you have questions about how to request a title for inclusion in your local library collection, please feel free to reach out to our staff (library_research@hks.harvard.edu) and we are happy to provide guidance.

For more related titles, visit the Race and Ethnicity section of the Diversity, Inclusion, and Belonging Collection. 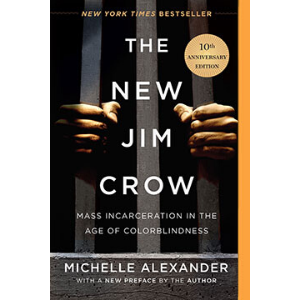 The New Jim Crow has spawned a whole generation of criminal justice reform activists and organizations motivated by Michelle Alexander’s unforgettable argument that “we have not ended racial caste in America; we have merely redesigned it.” As the Birmingham News proclaimed, it is “undoubtedly the most important book published in this century about the U.S.” 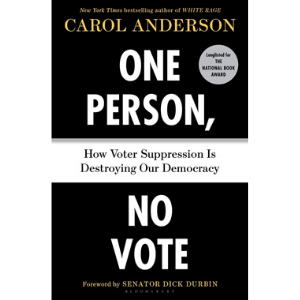 One Person, No Vote

Carol Anderson follows the astonishing story of government-dictated racial discrimination unfolding before our very eyes as more and more states adopt voter suppression laws. In gripping, enlightening detail she explains how voter suppression works, from photo ID requirements to gerrymandering to poll closures. And with vivid characters, she explores the resistance: the organizing, activism, and court battles to restore the basic right to vote to all Americans. 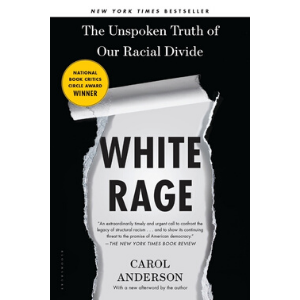 Carefully linking historical flashpoints when social progress for African Americans was countered by deliberate and cleverly crafted opposition, Carol Anderson pulls back the veil that has long covered actions made in the name of protecting democracy, fiscal responsibility, or protection against fraud, rendering visible the long lineage of white rage. 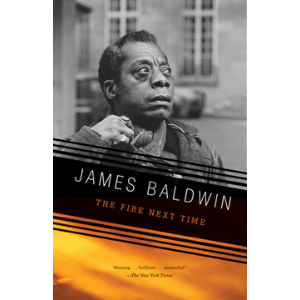 The Fire Next Time

At once a powerful evocation of James Baldwin’s early life in Harlem and a disturbing examination of the consequences of racial injustice, the book is an intensely personal and provocative document. It consists of two “letters,” written on the occasion of the centennial of the Emancipation Proclamation, that exhort Americans, both Black and white, to attack the terrible legacy of racism. 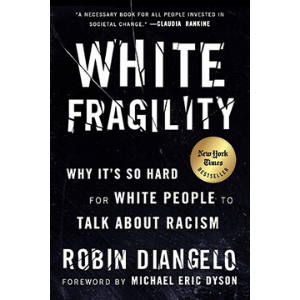 Referring to the defensive moves that white people make when challenged racially, white fragility is characterized by emotions such as anger, fear, and guilt, and by behaviors including argumentation and silence. These behaviors, in turn, function to reinstate white racial equilibrium and prevent any meaningful cross-racial dialogue. In this in-depth exploration, Robin DiAngelo examines how white fragility develops, how it protects racial inequality, and what we can do to engage more constructively.

Citation: DiAngelo, Robin. White Fragility: Why It's So Hard for White People to Talk About Racism. Boston: Beacon Press, 2018. 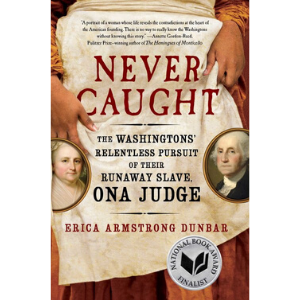 A startling and eye-opening look into America’s First Family, Erica Armstrong Dunbar tells the powerful narrative of Ona Judge, George and Martha Washington’s runaway slave who risked it all to escape the nation’s capital and reach freedom.

How to Be Less Stupid About Race

Crystal Fleming provides your essential guide to breaking through the half-truths and ridiculous misconceptions that have thoroughly corrupted the way race is represented in the classroom, pop culture, media, and politics.

Citation: Fleming, Crystal. How to Be Less Stupid About Race: On Racism, White Supremacy, and the Racial Divide. New York: Penguin Random House, 2019. 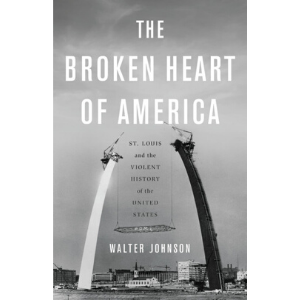 The Broken Heart of America

From Lewis and Clark’s 1804 expedition to the 2014 uprising in Ferguson, American history has been made in St. Louis. And as Walter Johnson shows in this searing book, the city exemplifies how imperialism, racism, and capitalism have persistently entwined to corrupt the nation’s past. 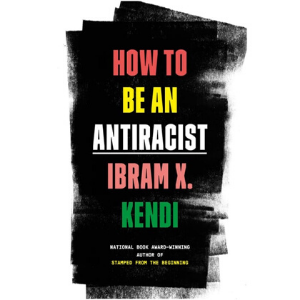 How to Be an Antiracist

Ibram X. Kendi's concept of antiracism reenergizes and reshapes the conversation about racial justice in America - but even more fundamentally, points us toward liberating new ways of thinking about ourselves and each other. Instead of working with the policies and system we have in place, Kendi asks us to think about what an antiracist society might look like, and how we can play an active role in building it. 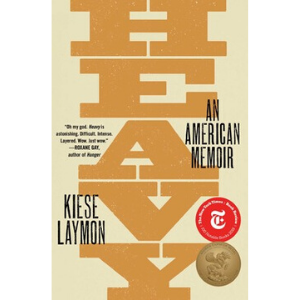 Kiese Laymon writes eloquently and honestly about growing up a hard-headed Black son to a complicated and brilliant Black mother in Jackson, Mississippi. By attempting to name secrets and lies he and his mother spent a lifetime avoiding, he asks us to confront the terrifying possibility that few in this nation actually know how to responsibly love, and even fewer want to live under the weight of actually becoming free. 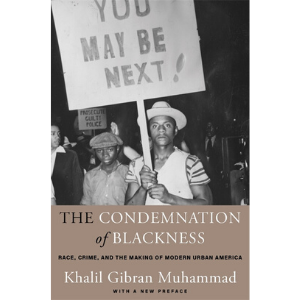 The Condemnation of Blackness

The idea of Black criminality was crucial to the making of modern urban America, as were African Americans’ own ideas about race and crime. Chronicling the emergence of deeply embedded notions of Black people as a dangerous race of criminals by explicit contrast to working-class whites and European immigrants, Khalil Gibran Muhammad - HKS Professor of History, Race, and Public Policy - reveals the influence such ideas have had on urban development and social policies. 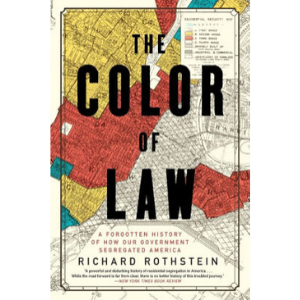 The Color of Law

In this groundbreaking history of the modern American metropolis, Richard Rothstein, a leading authority on housing policy, explodes the myth that America’s cities came to be racially divided through de facto segregation—that is, through individual prejudices, income differences, or the actions of private institutions like banks and real estate agencies. Rather, The Color of Law incontrovertibly makes clear that it was de jure segregation—the laws and policy decisions passed by local, state, and federal governments—that actually promoted the discriminatory patterns that continue to this day.

Glenn Singleton explains the need for candid, courageous conversations about race so that educators may understand why student disengagement and achievement inequality persists and learn how they can develop a curriculum that promotes true educational equity and excellence.

This book is Bryan Stevenson's (MPP/JD 1985 LLD 2015) unforgettable account of an idealistic, gifted young lawyer’s coming of age, a moving window into the lives of those he has defended, and an inspiring argument for compassion in the pursuit of true justice. Stevenson was honored by HKS in 2018 with the 2018 Alumni Public Service Award. 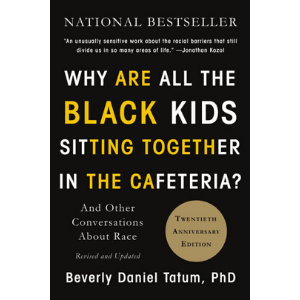 Why Are All the Black Kids Sitting Together in the Cafeteria?

Walk into any racially mixed high school and you will see Black, white, and Latino youth clustered in their own groups. Is this self-segregation a problem to address or a coping strategy? Beverly Daniel Tatum, a renowned authority on the psychology of racism, argues that straight talk about our racial identities is essential if we are serious about enabling communication across racial and ethnic divides.

Citation: Tatum, Beverly Daniel. Why Are All the Black Kids Sitting Together in the Cafeteria?: And Other Conversations about Race. New York: Basic Books, 2003. 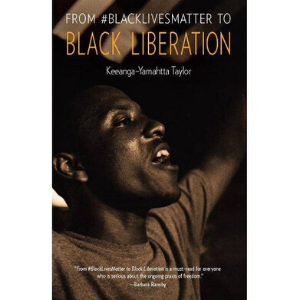 From #BlackLivesMatter to Black Liberation

In this stirring and insightful analysis, activist and scholar Keeanga-Yamahtta Taylor surveys the historical and contemporary ravages of racism and persistence of structural inequality such as mass incarceration and Black unemployment. In this context, she argues that this new struggle against police violence holds the potential to reignite a broader push for Black liberation. 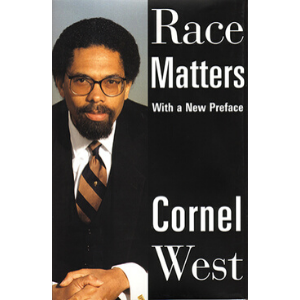 Race Matters contains Cornel West’s most powerful essays on the issues relevant to black Americans today: despair, black conservatism, black-Jewish relations, myths about black sexuality, the crisis in leadership in the black community, and the legacy of Malcolm X. And the insights that he brings to these complicated problems remain fresh, exciting, creative, and compassionate. 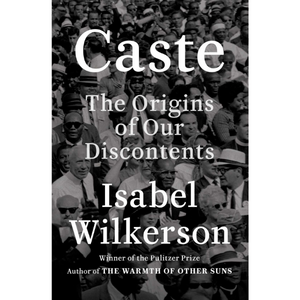 As we go about our daily lives, caste is the wordless usher in a darkened theater, flashlight cast down in the aisles, guiding us to our assigned seats for a performance. The hierarchy of caste is not about feelings or morality. It is about power--which groups have it and which do not. In this book, Isabel Wilkerson gives us a portrait of an unseen phenomenon in America as she explores, through an immersive, deeply researched narrative and stories about real people, how America today and throughout its history has been shaped by a hidden caste system, a rigid hierarchy of human rankings.

In the aftermath of the Charleston massacre, Professors Chad Williams, Kidada E. Williams, and Keisha N. Blain sought a way to put the murder-and the subsequent debates in the media-in the context of America's tumultuous history of race relations and racial violence on a global scale. They created the Charleston Syllabus on June 19, starting it as a hashtag on Twitter linking to scholarly works on the myriad of issues related to the murder. 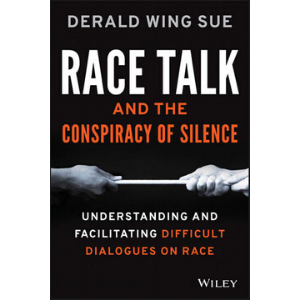 Race Talk and the Conspiracy of Silence

If you believe that talking about race is impolite, or that "colorblindness" is the preferred approach, you must read this book. Derald Wing Sue debunks the most pervasive myths using evidence, easy-to-understand examples, and practical tools. 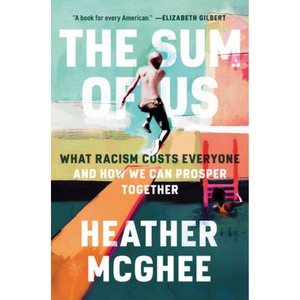 The Sum of Us

The Sum of Us is a brilliant analysis of how we arrived here: divided and self-destructing, materially rich but spiritually starved and vastly unequal. Heather McGhee marshals economic and sociological research to tell an irrefutable story of racism's costs, but at the heart of the book are the humble stories of people yearning to be part of a better America, including white supremacy's collateral victims: white people themselves. With startling empathy, this heartfelt message from a Black woman to a multiracial America leaves us with a new vision for a future in which we finally realize that life can be more than a zero-sum game.

Citation: McGhee, Heather. The Sum of Us: What Racism Costs Everyone and How We Can Prosper Together. New York: One World, 2021.

An Ash Center project working at the intersection of community, academia, and policy to address questions of anti-racism policy, practice, and institutional change.

In this Behind the Book video, professors take an historical look at how the institution of U.S. slavery continues to shape the views of the present.

HKS faculty tackle policy questions from racial equity, to the climate, to education, and beyond.

Listen to the Podcast