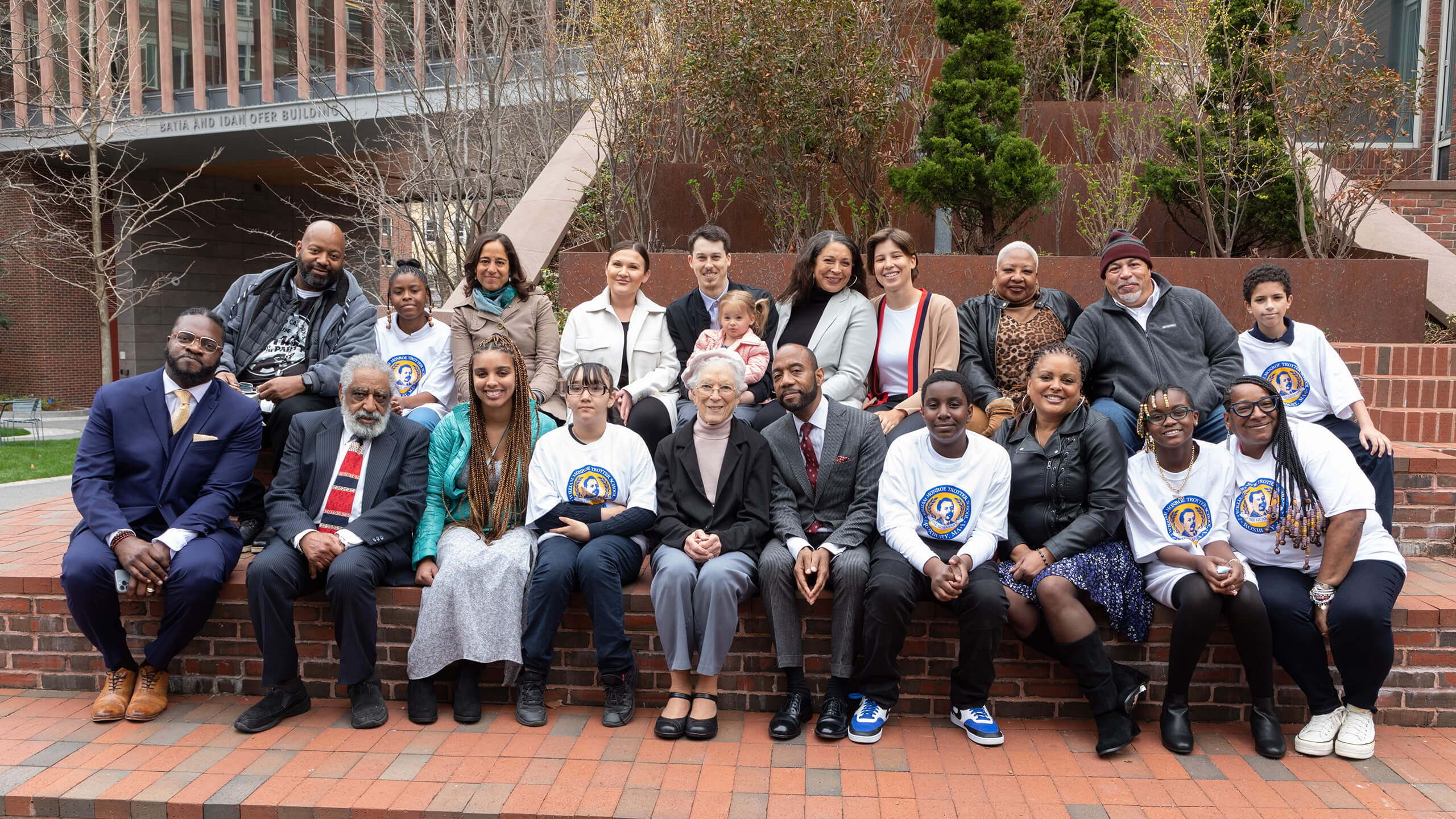 150 years after the birth of William Monroe Trotter, his legacy comes alive at Harvard.

Celebrating the anniversary at a two-day Harvard convening, everyone from elementary school students to Harvard President Lawrence S. Bacow was inspired by Trotter’s legacy of unstinting activism. At a JFK Jr. Forum event on April 7, Bacow read from a reunion letter Trotter, wrote to his Harvard classmates recalling the series of defiant protests he had led over the years. “That is a glimpse of a life truly devoted to veritas, truly devoted to truth, a life truly devoted to social justice,” Bacow said of Trotter, who was among the first Black Harvard College graduates, and the first to earn Phi Beta Kappa honors.

HKS students involved with the Trotter Collaborative are on the frontlines of initiatives that echo Trotter’s many campaigns against racism in his time. Through HKS course MLD-375, Creating Justice in Realtime, more than 60 students from Harvard and nearby universities have worked with projects in city and state governments and non-profit organizations across the country to study and learn advocacy skills firsthand. 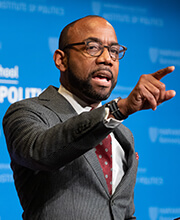 “If we think about Trotter being an advocate and an activist, the pedagogy of the Trotter Collaborative focuses on advocacy, how to persuade, how to advance issues.”

Brooks calls the Trotter Collaborative a “think and do tank.” “If we think about Trotter being an advocate and an activist, the pedagogy of the Trotter Collaborative focuses on advocacy, how to persuade, how to advance issues,’” he said in an interview. “We have our students, who are working on climate change, who are digging into the policy minutia, the legal minutia, looking at what it takes to get a bill through legislation. We have students working with mayors on policing issues asking what constitutional policing means.”

One of those students is Damarcus Bell MPP 2022, who joined the office of newly elected Birmingham, Alabama, Mayor Randall Woodfin and worked in the city’s Office of Peace and Policy on a public health model of community safety. “The biggest takeaway from this work has been strategy,” Bell said. “It's not enough to know what the idea is. The real question is how do you communicate that? How do you get stakeholders engaged, particularly around issues that are sensitive and difficult and muddy and tricky on a moral plane? That's definitely an acumen I've honed in these classes.”

Raymi Echavarria Fernandez MPP 2022 was one of several students who worked with Black Voters Matter in Atlanta. She found the diverse team of student interns a real strength of the course. “I think that when you're in an insular space like a policy school, it just gets wonky very quickly,” she said. “So, we had someone in the MIT planning program who added experiences that we didn't have, and someone who is a trained attorney from the Law School who understands the lingo in the legislation that we're looking at.”

At the Forum, Kennedy School Dean Douglas Elmendorf lauded the initiative's blend of courses and field work: “The Trotter Collaborative is a wonderful example of the Kennedy School’s model of combining teaching, research, and direct interaction with practitioners to make a better world.”

Brooks says the core of the Collaborative is combining the “how” of activism with the “what.” 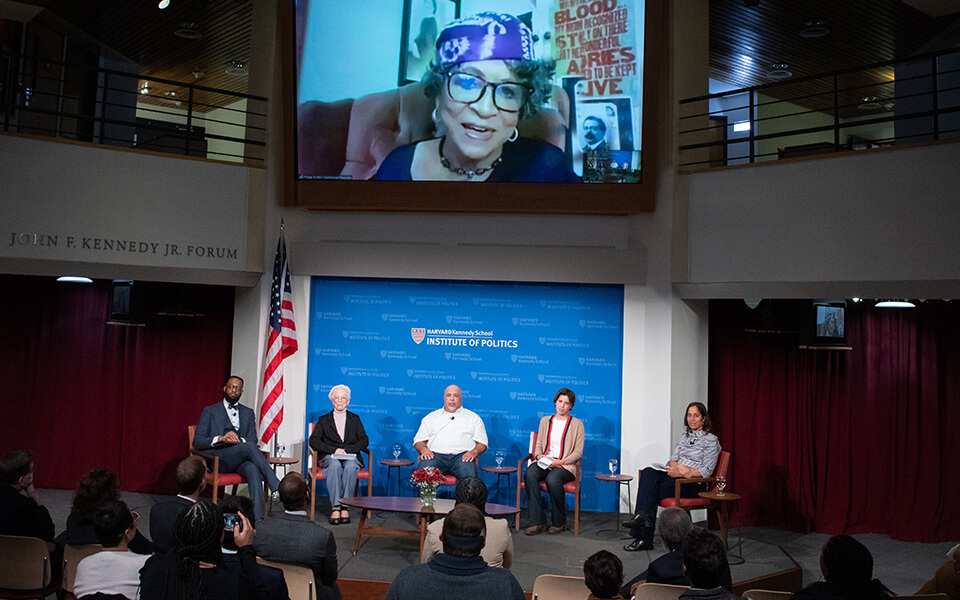 “That has always been a part of his activism—to show up in person, on the streets, in controversy.”

“The Kennedy School is particularly adept at providing rigorous policy, legal, moral, and economic analysis, alongside clear-eyed, tough-minded thinking in terms of how to advance policy goals,” he said. “We attend community meetings. We attend legislative meetings. We read peer reviewed journals. We talk to people. We propose draft legislation, draft budgets, draft regulations, draft campaigns. And we expect our clients to do something with the work.”

Trotter’s descendants came from around the country to  celebrate with Kennedy School faculty and students. Perhaps the most excited were the children from the William Monroe Trotter Elementary School in Boston, the city’s first magnet school, who performed a spoken-word poem for the family. The school was founded in 1969 by organizers including Trotter’s grandniece, Peggy Trotter Dammond Preacely.  A lifelong Black rights campaigner in her own right, Preacely said the passage of the Emmett till Anti-Lynching Act in March marked the end of a long struggle that Trotter himself had championed and that it “proved Trotter’s motto to still be relevant: Fight for every right with all thy might.”

In his remarks to the Forum, Bacow said, “We are preparing for yet another legal battle—our defense of race-conscious admission, our defense of the principle that colleges and universities are better places when we admit students who show great promise, students who are welcome to our campuses because they bring a richness, a diversity, that represents our entire nation. We will continue this fight and we will do it with all of the will and the resources that we have at our disposal,” he said.

Bacow said advocating for social justice requires more than individuals like Trotter. “We need institutions as well. This is work which we all take on, which we all share in. It’s work that we at Harvard are deeply committed to do,” Bacow declared. “To do less would not honor the memory nor the life of this remarkable individual. This is our work, and it is not done.” 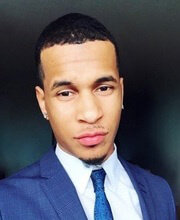 “The real question is ... how do you get stakeholders engaged, particularly around issues that are sensitive and difficult and muddy and tricky on a moral plane? That's definitely an acumen I've honed in these classes.”

The Forum opened a two-day conference the Trotter Collaborative held called “Reimagining our Radical Roots,” open to students and the public. The event featured practical workshops focused less on the what than the how: how to write legislation, how to use traditional and social media for advocacy campaigns, how to structure a fundraising drive.

Trotter was also the founder of The Boston Guardian newspaper in 1901, featuring social news, sports and fiction of interest to Black people. Preacely said the paper was most effective when it criticized institutional racism. She cites Trotter as saying, “A paper must be known for what it does, not merely for what it says.” For Preacely, “That has always been a part of his activism—to show up in person, on the streets, in controversy.”

It is his controversy that speaks to his great-great-niece, Lalou Trotter Dammond, a filmmaker and producer. “Stubborn, impractical, unreasonable, impatient are all words that have been used to describe my uncle Monroe,” she said. She is working on a film that  features Trotter’s volatile relationship with President Woodrow Wilson, whom Trotter criticized for prolonging racial inequality.  She hopes her documentary will shine a light on the history too few people know.

In Trotter's story, Brooks finds a sense of hopefulness. “Trotter graduated Valedictorian of his all-white high school and was class president. He comes to Harvard, graduates near the top of his class. But when he graduates, there's no job for him. But he still saw Harvard as an exemplar of democracy, an imperfect exemplar, but one that we can work to correct,” he said.

“We are continuing Trotter’s legacy,” explained Brooks. “That energy, that intellectual curiosity, that sense of hopefulness and idealism, and our understanding of what Harvard should be about, I think we are trying to reflect that.”

—
Banner image: Members of the Trotter family at HKS with Cornell William Brooks and students from the local Trotter school.