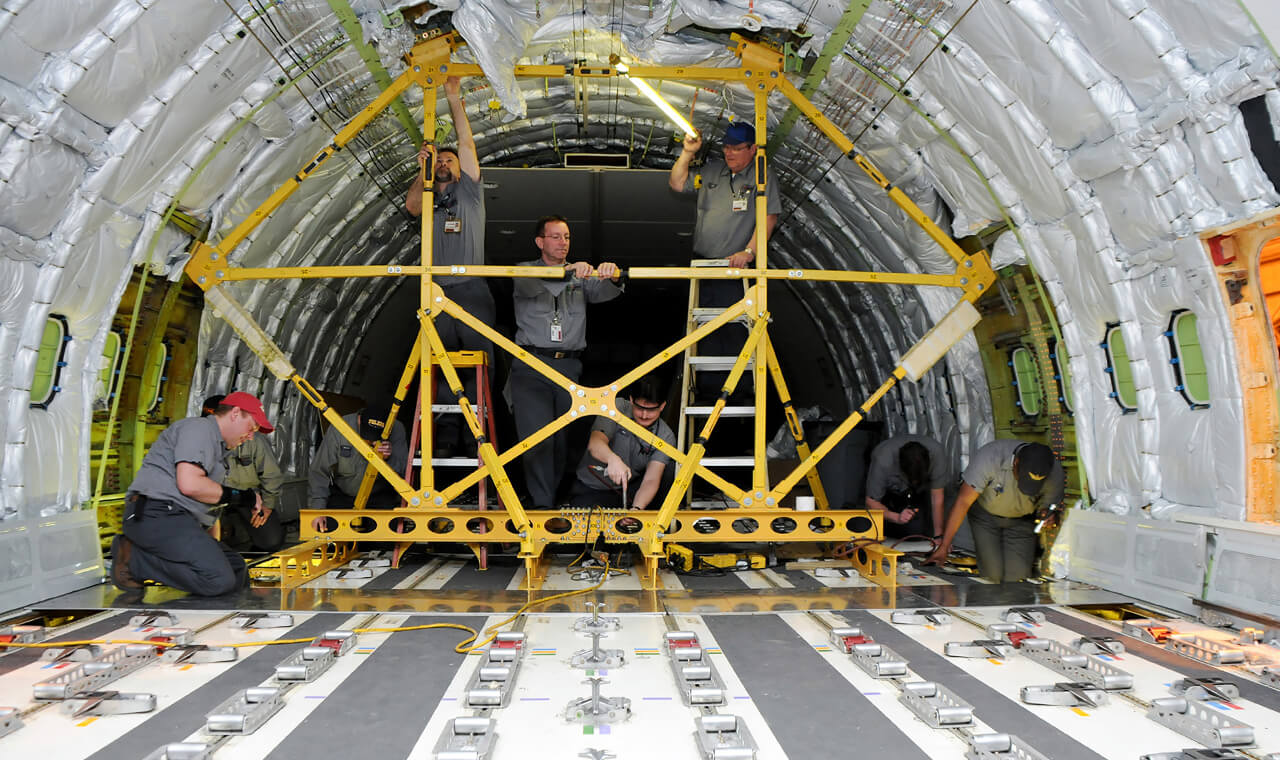 THINK OF SEATTLE, AND WHAT COMES TO MIND? It might depend a little on your generation (Gates and Cobain or Bezos and Macklemore), but you get the point—a young city, on the cutting edge, with global tech companies. The sort of place you might think about moving to.

Now think about Ohio. That, in a sense, is what Andrew Deye MC/MPA 2015 works on every day. Not marketing or branding, necessarily, although that is part of it. What he does is help build cities and communities and the state into something new. Seattle, after all, wasn’t always Seattle. In 1971, unemployment was 13 percent, and the economy was more steel and lumber than digital and coffee.

Deye is managing director of strategy and business development for JobsOhio, a private nonprofit tasked with bringing jobs and investment to the state by attracting, and keeping, businesses.

For Deye, JobsOhio, which he joined right after graduating from the Kennedy School, represented an opportunity to pursue his interest in public-private partnerships. The organization’s achievements so far include successful projects with more than 1,600 companies since 2011, involving 140,000 new job commitments, along with more than 400,000 jobs retained. But beyond the impressive numbers, this has also been an opportunity for him to do something with greater social impact after an early career spent in investment banking, and to help rebuild and reinvent his native state.

After graduating from college, Deye beat the well-worn path to Wall Street to work for Morgan Stanley. It was the usual investment bank/Wall Street route, but with an important difference. He had interned at the White House’s National Economic Council, and it had changed his thinking. “The experience opened my eyes to the power of principled leadership and smart public policy,” he says.

So he dove into the growing field of public-private partnerships (also known as P3), working on projects such as infrastructure, utilities, and energy, where the two sectors intersected.

“By 2013, I was a vice president at an investment bank in Chicago, Greenhill,” Deye says. “With that role came fascinating client work. But in my early 30s I consistently wondered, Should I continue on a traditional corporate path? Or was it time to chart a new path and move back to my home state of Ohio?”

Deye came to the Kennedy School with the specific idea of pivoting to public service. Stephen Goldsmith, Daniel Paul Professor of the Practice of Government, had met Deye while he was still in banking and encouraged him to attend the School. Goldsmith and Deye cowrote articles on public-private partnerships during Deye's time at HKS. Deye also used the experience to expand his expertise beyond the financial. He continued to feel a pull to Ohio.

JobsOhio, created in 2011 by Republican Governor John Kasich and the Ohio legislature, was the perfect fit. It performed the sort of economic development that for decades had been carried out by a government department, which leaders in Ohio thought was up for a reboot. The government retained certain functions, but the core of the economic development piece was privatized and spun off into a new entity. Six regional economic development groups, with which JobsOhio collaborates, create further direct links to local officials.

The state recruited a Silicon Valley venture capitalist to start JobsOhio in 2011 and set the organization on its path. A corporate board that reflected a focus on P3 was created, with prominent leaders from business and higher education overseeing the organization. To insulate it from the ups and downs of state funding cycles (in downturns, economic development budgets are usually among the first on the chopping block), a bond issue in 2013 allowed JobsOhio to purchase a 25-year franchise on the state’s liquor profits, giving it budget security. JobsOhio utilizes this now-private funding to fulfill its purpose of creating jobs and improving economic well-being. More than a dozen industry experts were recruited to talk to people from those industries as peers. The idea, Deye explains, is to sell the business opportunity, not the government incentive.

“In that peer-to-peer model, we want to actually compete on the basis of our business knowledge,” he says. “On ‘Hey, here’s a good place for your supply chain,’ or ‘Here’s a good site for your business,’ not ‘Here's how much incentive we can give you.’ Because incentives are a small part of the overall decision of where to put your manufacturing plant or new office space.”

The focus has been on growth in nine industries, including energy, automotive, aerospace, financial services, biotechnology, and information technology. Cross-sector strategies focus on areas where those industries can create new opportunities together: for example, financial services and information technology can help increase the state’s fintech footprint.

Deye does not accept the term Rust Belt. He argues that it unfairly locks a whole region into a narrative that is out-of-date and is a term that never recognized the area’s economic diversity in the first place.

But if there is a narrative, the closing automobile plant is a stock character. And in 2008, General Motors closed its assembly plant in Moraine, Ohio, where Chevrolet Trailblazers and other SUVs were made. More than 2,400 workers were idle and a massive facility was left empty.

Working with industry experts, Deye explains, JobsOhio strove to make the facility attractive for redevelopment. In 2014, Fuyao Glass, a Chinese company and one of the world’s largest auto glass producers, bought the plant, and in 2015, the first products, including car windshields, started coming off the production line. The plant now employs more than 2,000 workers. 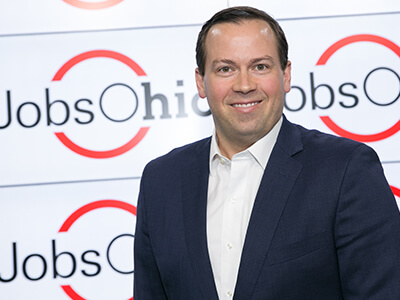 There are three key things companies want to know when they’re thinking about where to invest: speed, risk, and cost.

Two hundred miles to the east, in Belmont County, JobsOhio invested more than $20 million to flatten and grade a former coal plant to make it more attractive to a company looking to build an ethane cracker—a sort of petrochemical plant—that could become a multi-billion investment in the area.

In northeast Ohio, JobsOhio helped finance a natural gas pipeline that connects the area to a dependable (and more environmentally friendly) supply of energy. That access to natural gas means the area can now attract factories and facilities.

Hamilton, Ohio, in the southeastern corner of the state, like other towns along the Great Miami River Valley, was once an important manufacturing center, making engines and paper and automobile parts. JobsOhio has helped the town bounce back after those industries faded. Barclays, the financial group, has opened a 1,000-person customer service center. And a German company, Thyssen Krupp, has opened an auto parts operation.

“There are three key things companies want to know when they're thinking about where to invest: speed, risk, and cost,” Deye explains. “Can you help me do it faster? Can you help me do it with lower risk? And can you help me reduce the cost of doing it? So most of the programs we offer as JobsOhio address those three issues. As with the properties we’ve helped revitalize, those companies are not going to wait years to have an old site remediated. We’ll help do that for them.”

Those revitalization and transformation projects are not initiated just by new companies. JobsOhio solicits input from the regional development partners, along with existing stakeholders, before deciding what to fund. Its focus isn’t only attracting major industrial players and multinationals. About 80 percent of its work is with small and medium-sized businesses, either start-ups or fast-growing companies looking for somewhere to grow. And the organization’s focus is also statewide, so it can boast of having activity in all 88 of Ohio’s counties, in both rural and urban areas.

JobsOhio has not been without its critics. Opponents of the nonprofit have pointed to its lack of transparency, for example. Some public officials, including the state auditor, have called for a more open view of the organization's books. Supporters of JobsOhio, including Governor Kasich, have said that public oversight can create burdens and delays that go directly against the grain of the nonprofit’s nimble approach.

Deye adds that having been only recently created, JobsOhio is regularly explaining its unique operating model. He points to its high transparency rating by GuideStar, the nonprofit information service.

And he points to the numbers: More than $38 billion in capital investments and more than $30 billion in combined new and retained payrolls. The $169 million put by JobsOhio into revitalization projects has leveraged an additional $2 billion in investments.

And JobsOhio has worked hard to bring the message to the outside world, both domestically and internationally. Domestically, he says, the state’s economic turnaround is increasingly known. Ohio, as Deye can tell you, has the country’s 7th largest economy and the 21st largest globally. Its fiscal discipline, including a $2.7 billion reserve, has given it a strong AA bond rating. The state is home to 57 Fortune 1000 companies, more than 70 NYSE-listed companies, and nearly 50 NASDAQ companies.

“That evolution from being among the worst ranked states for business to being in the top 10—that's another big part of the story,” Deye says. “It’s a meaningful part of what we do.”