Researchers have found that Seattle’s Secure Scheduling ordinance, one of the first laws in the country to regulate work scheduling practices and provide a “fair workweek” in the service sector, has resulted in shift workers enjoying more predictable schedules, greater job satisfaction, and improved sleep. 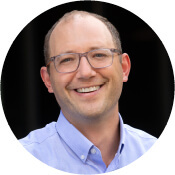 The report released today was co-authored by Daniel Schneider, professor of public policy at Harvard Kennedy School, Kristen Harknett, associate professor of social and behavioral sciences at the University of California, San Francisco, and Veronique Irwin, a PhD student at UC Berkeley when the research was conducted. Schneider and Harknett founded and co-direct the Shift Project, an initiative based at the Kennedy School that examines work scheduling for hourly service workers and its impact on the economic security, health, and well-being of shift workers and their families.

Their two-year study found that the law, which took effect in July 2017, achieved its goal of improving scheduling predictability for service sector workers. The study was commissioned by Seattle’s Office of City Auditor to measure the impact of the ordinance, which regulates work schedules in the retail and food service sectors for companies with 500 or more employees worldwide and restaurants with at least 500 employees and 40 outlets.

This first large-scale evaluation of “fair workweek legislation” found that the law led to important changes in workers' schedules and quality of life: Seattle workers were more likely to get at least two weeks' notice of their work schedule and were more likely to be paid for last-minute changes. 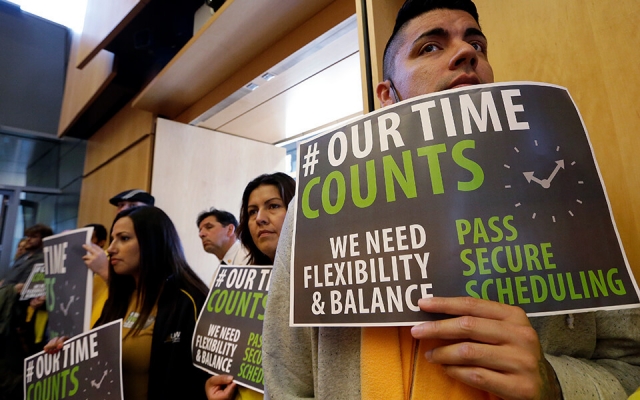 “We hope this report will remind the public and policymakers of just how important work schedule conditions are for workers’ well-being and that regulations can make a difference.”

Schneider noted that service sector workers have been lauded as essential workers during the pandemic even as their lives and jobs have been upended. “We hope this report will remind the public and policymakers of just how important work schedule conditions are for workers’ well-being and that regulations can make a difference,” he said.

Seattle City Council member Teresa Mosqueda, who co-sponsored the Secure Scheduling Ordinance, said, “The report shows what we’ve been hearing directly from workers for the past two years—that secure scheduling provides them more stability to care for their families, attain higher education, seek medical care, and engage in their communities. What’s good for workers is also good for our economy—increased job satisfaction means better worker retention, and more financial stability means increased equity in our city, improving the lives of workers and their families.”

Council member Lisa Herbold, who co-sponsored the legislation and formerly chaired the Council’s committee with oversight of Labor Standards, added that, “Retail and food service workers continue to benefit from Secure Scheduling laws. Improvements to overall well-being and financial security are needed now more than ever as our economy has been hardest hit in these industries. When workers are provided simple securities such as knowing their work schedule in advance, they can better provide for themselves and their families.”

—
Banner image: Amid concerns of the spread of COVID-19, a worker restocks products at a grocery store in Dallas in April 2020. Photo by LM Otero/AP Photo.
Inline image: Supporters of new work scheduling rules at a Seattle City Council meeting. Photo by Elaine Thompson/AP Photo
Faculty portrait by Martha Stewart