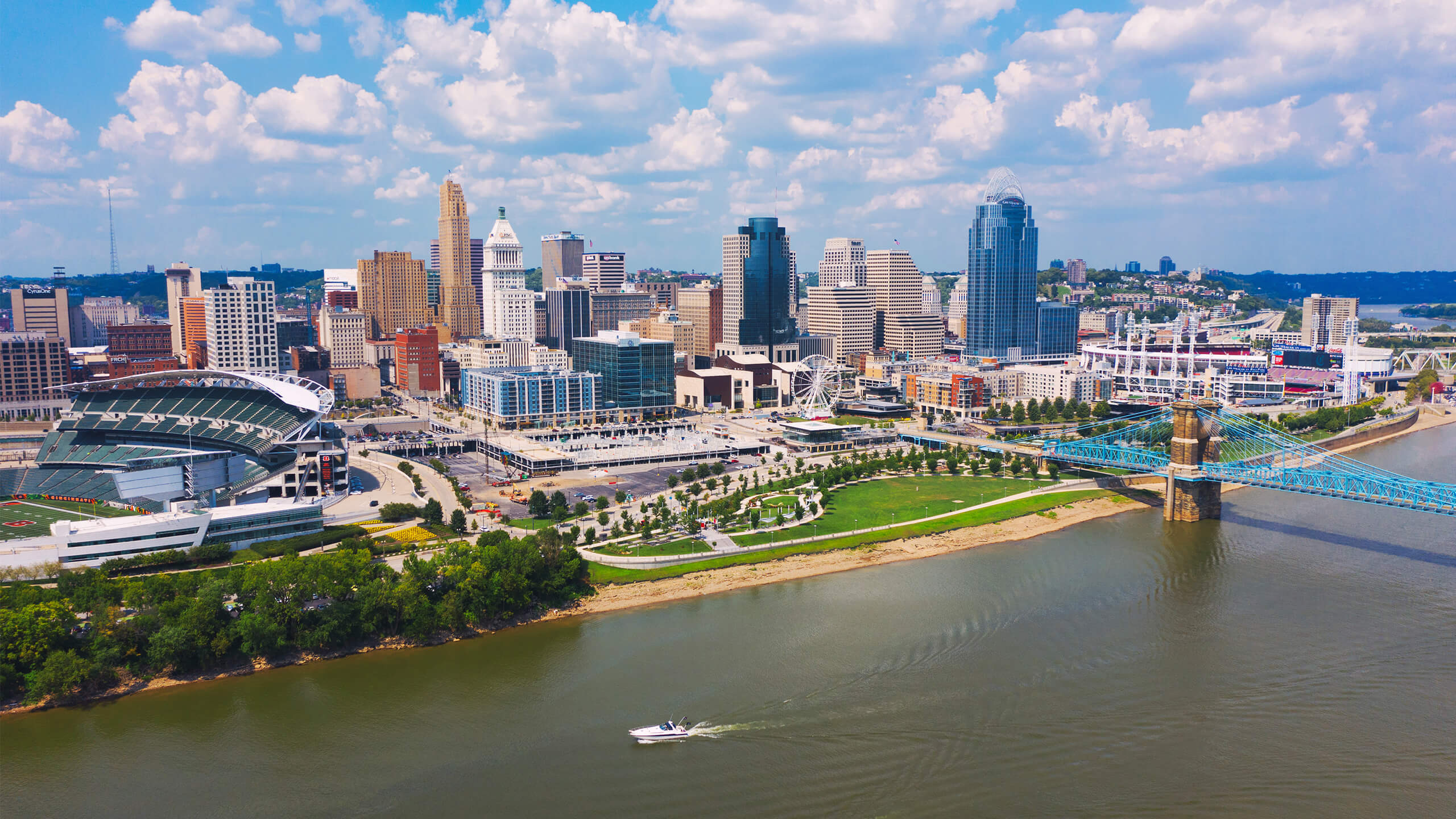 The Taubman Center’s transition program helped the mayor make the move into office (and the Bengals into the Super Bowl).

Cincinnati Mayor Aftab Pureval made history in November 2021 as the first Asian American to be elected to lead his city of 300,000. When it came time to put together his transition team, he wanted a diversity of voices present as well, so he was immediately interested when he learned of Harvard Kennedy School’s Transition Term, a program run by the Taubman Center for State and Local Government that embeds student teams with new administrations. “Representation is very important to me,” Pureval said. “Diversity was one of the requests we made to the Kennedy School when they asked us who we wanted, but we also wanted creativity. We were interested in people who were thinking outside the box, who were innovative—and that's exactly what we got. We were very happy with that.”

The HKS team was equally happy about the opportunity. Aneesa Andrabi MPP 2023, Eugenia Soiles MC/MPA 2022 and Jessica Tang MPP 2023 all had worked in local government before and were eager to be a part of the new mayor’s team. 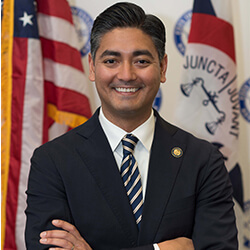 “We were interested in people who were thinking outside the box, and who were innovative—and that's exactly what we got.”

“Having three professionals who had experience in the government sector, who were passionate about local government, come in and help us create the office, and hit the ground running, was incredibly helpful to us given our small staff,” Pureval explained.

Transition Term, now entering its fifth year, embeds students in the transition offices of newly elected mayors, county executives, and governors each winter through paid fellowships. The January 2022 cohort was the largest yet, with 39 students serving 13 communities around the United States. “Demand from our students for this kind of program continues to grow,” said Rafael Carbonell, the Taubman Center’s executive director. “Students love experiential learning.” 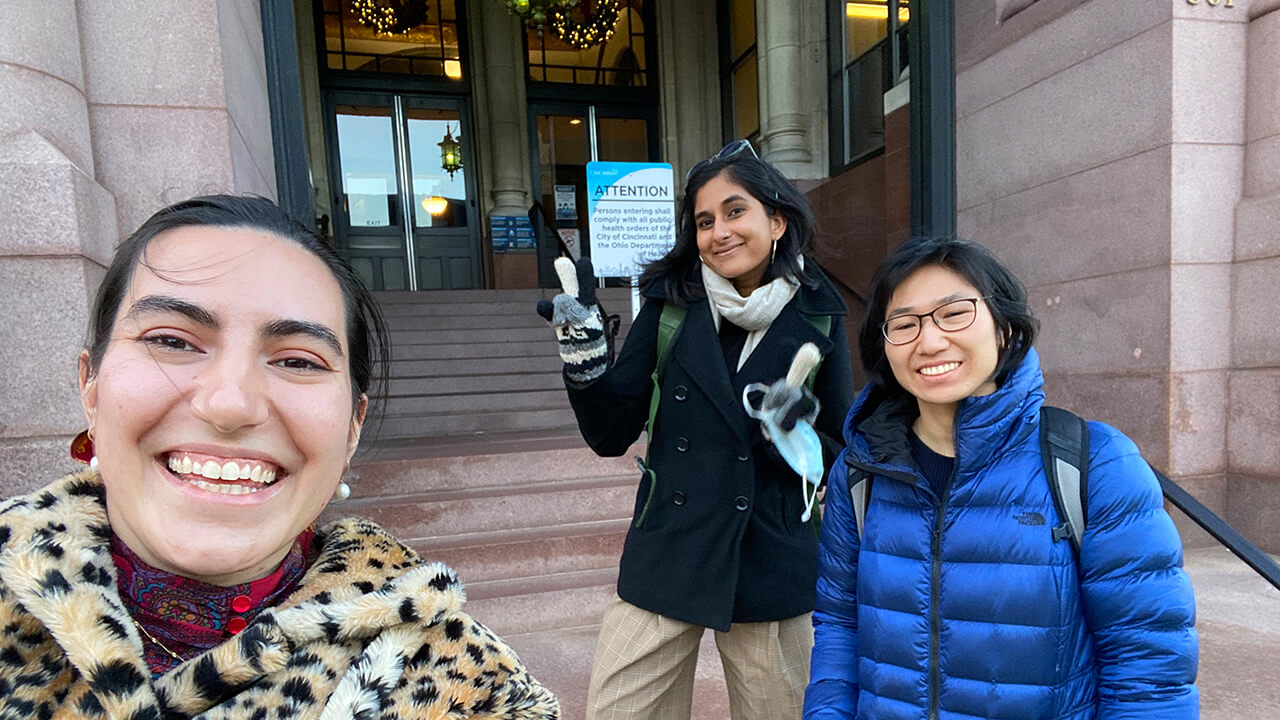 “We are thrilled with the growth of the program and pleased we have been able to create opportunities to work at each of the jurisdictional levels of state and local government,” Carbonell added. And, according to Carbonell, Transition Term participation is often the beginning of ongoing relationships for the Taubman Center, HKS, and the government administrations. “Once these elected officials see what our amazing students are capable of delivering, they'll want more engagement with us going forward. We’ve seen these officials become Policy Analysis Exercise (PAE) clients, summer fellowship hosts, and even pursue our students for full-time jobs.”

Carbonell met Pureval when he attended the Institute of Politics (IOP) Seminar for Newly Elected Mayors at HKS in late 2021. “You just knew there was something special about him,” Carbonell said. “It showed in how he presented himself and the way students responded to that in turn.” 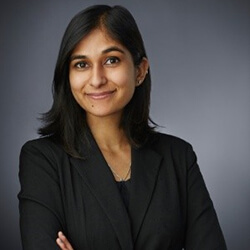 Andrabi had the same response when she met Pureval at the IOP seminar. “He was charismatic,” she remembered. “I was drawn to him because he is both Indian and Tibetan, and my family is from Pakistan,” she explained. “After coming to HKS, I’ve considered running for office one day myself and something you think about when you are a minority is, ‘How do you relate to all your constituents in an authentic way?’ I was excited to work with him and learn how he interacts with his constituents and builds those relationships.”

A native of Southern California, Andrabi worked in the office of Los Angeles Mayor Eric Garcetti during the outbreak of the COVID-19 pandemic. “The mayor's office was very much in charge of COVID response policy and relief,” she said. “I helped lead a lot of different relief programs. One I'm particularly proud of was a senior meals program, where we worked with smaller businesses that were having a hard time because of the pandemic and had them produce the meals and deliver them,” she said. She recognized an important leadership quality in herself during that time. “When you're required to do so, then you just naturally step up. It made me realize I wanted to be in public service.” She applied to HKS and was interested from the start in the Transition Term program. “I wanted to see what other city governments were like, to see if my experiences at a bigger city would be the same as those of a smaller one.”

And when she decides to run for public office, Andrabi plans to take a page from Pureval’s playbook on leadership. “He was just so open; it was really great to be able to observe him in his first two weeks,” she said. "It is a vulnerable time to let someone in. But he was so inclusive saying, ‘These are my first two weeks on the job. I've never done this before; come watch me.’ I thought it was very cool.”

Andrabi is now participating in HKS’s Dukakis Fellowship, a fully funded, nonpartisan summer program, where students apply leadership and analytic skills to tackle critical state-level policy issues. She will work in New Jersey Governor Phil Murray’s office. “I feel like Transition Term allowed me to see what local government was like at a different level, at a different scale, and I wanted to then see what state government is like,” she said. 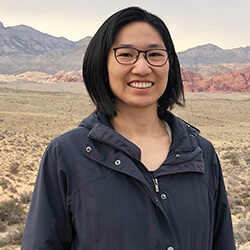 Tang, a dual-degree candidate with Harvard Graduate School of Design, had been involved in neighborhood planning in her native Queens, New York. “I've always looked at things at the neighborhood level, block by block, but this was for an entire city,” said Tang, whose role focused on how to gather criminal justice data and reveal inequities in the criminal justice system. “So it was a really different perspective. And I think it complemented my planning background.”

“I was attracted to Transition Term as I've always been interested in how directors and organizations get started from the ground up. I thought it was a good opportunity to observe and be a part of how new teams are formed, and learn how new policies are set, advocated for, and put on the agenda for the city council.”

Tang also felt the experience gave her a valuable political perspective: “The meetings were often about stakeholder engagement and who to involve, and less about strict timelines and scheduling and things like that. It made me think a lot more about relationships and who you can get buy-in from for your policy, and who you can talk to for more about a particular subject.”

“Mayor Pureval was really interested in getting data, analyzing it, and making it available to the public in readable dashboards, from arrest to appeal,” she explained. “I created a guide for the different steps that would be involved with this, for example, what departments to involve at the city and state levels. I identified where to get funding as there are a lot of nonprofit institutions that have funded this type of data-driven justice work.”

“I was really thankful that I had the opportunity to explore criminal justice as a subject matter area after discussing it in our race and racism class at HKS,” she said. “It was valuable to see a real-world application of changes at the city level.” She also feels the Transition Term gave her an experience she might not have found in a regular classroom setting. “I really enjoyed working with Eugenia and Aneesa. The way they approached problems is just so different from how I would.” 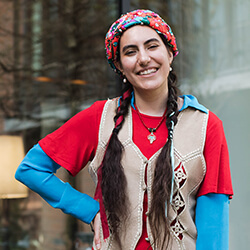 Eugenia Soiles MC/MPA 2022: COVID was a little bit of a wakeup call.

Soiles is a graduate of the HKS Mid-Career program. At Commencement, she was awarded the Lucius N. Littauer Fellows Award, which honors students who embody the strengths of the MC/MPA program through academic excellence, community-building, or demonstrations of leadership within the class.  Soiles appreciated the benefits to her career, which had involved working for the City of Boston’s Council on Aging.  “I have only worked for the City of Boston,” she said. “I wanted to see what another municipality does.”

She also had a bit of experience working with a first-time mayor, and an Asian American. “Mayor Pureval and Mayor Wu (recently elected as Boston’s first Asian American Mayor) are good friends and are always paired together as two Asian Americans who were running for mayor at the same time,” she explained. “It was a cool bit of symmetry.” Mayor Wu also hosted a Transition Team of HKS students, with the assistance of the Taubman Center's Rappaport Institute for Greater Boston.

Growing up in Greece, Soiles moved to America with her family when she was in high school. After graduating from Northeastern University, she began working for the City of Boston. “The majority of my career has been working for older adults in a communications operational space,” she explained.

“I think COVID was a little bit of a wakeup call for me,” she said. “I saw coming back to school as a way to think in some different ways, zoom out a little bit, take a moment to think about what I'm doing and how I can make the impact that I want.”

Her role in Pureval’s team focused on communications and outreach. “Because they were just starting up, they needed to hire a lot of folks. So I helped with some of that, having them think through the roles that they wanted. I also worked on creating a tracking service for their constituent services.” she explained. “They could see by topic area who in Cincinnati is calling in, and then how they could assign things and track services.”

Soiles is also proud of her work on the mayoral office’s website. “I helped them work through content to elevate their staff expertise on social issues,” she said.

And then there was an unexpected bonus: the Super Bowl. “While we were there, the Cincinnati Bengals kept winning games,” she said. Soiles, Tang and Andrabi were considered lucky charms by the mayor’s team. “Then they got into the Super Bowl for the first time in 30 years, and many said, jokingly of course, thanks to us! It was so fun to become an honorary Bengals fan,” she added. “Now I'm trying to make sure everyone knows how cool Cincinnati is!”

The biggest lesson for Soiles was the importance of a management style that focuses on all people. “I think that's the hardest thing in government,” she said. “How do you recognize a lot of different voices? How do you synthesize those voices in a way that's actionable? I got to see that every day in real time. I got to see how Mayor Pureval engaged with the community.” The experience will serve her well as she begins her new role with the Commonwealth of Massachusetts as the director of external engagement in the Executive Office of Early Education.

Pureval agreed that valuing different voices is most important. “I'm a litigator professionally,” he said. “I think if two sides of an argument are really well represented and they go at it, that's the best way to find the right answer. In my office, we do feel comfortable challenging each other's opinions and preconceptions. That's not only important for diverse opinions, but it's also important for diverse backgrounds and experiences.”

Carbonell and his team are already working on the next Transition Term season. “2022 is a gubernatorial election year, with 36 elections across the country,” he said. With at least eight of those races guaranteed to turn over due to term limits or retirement, participation at the highest level of local government will be available. “Having the opportunity to support incoming governors, in addition to new mayors and county executives, will be an exciting part of our program offerings for students next January.”

Laying the foundation for the next generation of civic leaders