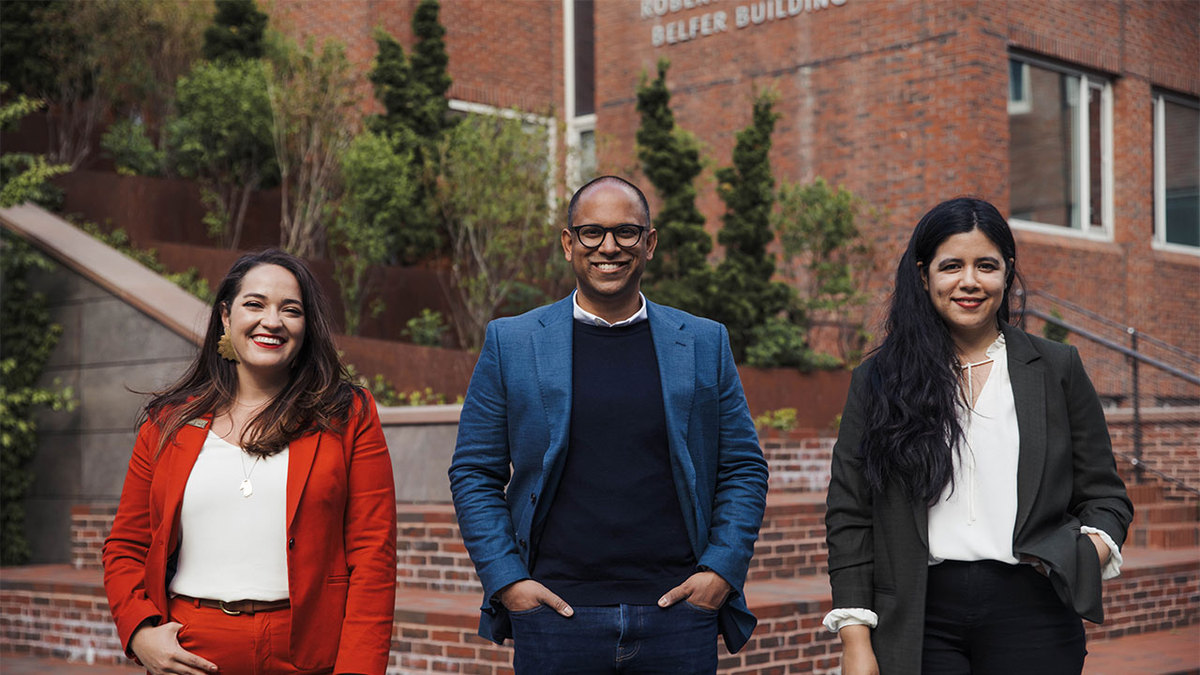 Typically, new mayors of big cities have months to ready themselves and their team for their new responsibilities. When Kim Janey was elevated to acting mayor of Boston following Marty Walsh’s departure for the Biden administration in March, she had only weeks.

Gustavo Quiroga, transition director for Mayor Janey’s team, knew where to look for policy support: he reached out to the Harvard Kennedy School’s Rappaport Institute for Greater Boston and Taubman Center for State and Local Government. “We needed the help of scholars and experts with specific civic skills,” he said. The resulting project allowed the students an insight into a historic moment, shone a spotlight on the School’s unique mix of experience and talent, and provided an important public service.

The Taubman Center has developed deep expertise in assisting with transitions since it began placing students with experiential learning opportunities to support incoming governors, county executives, and mayors throughout the country in the fall of 2018. The Rappaport Institute, founded to promote good governance and emerging leaders in greater Boston, has been working on issues related to the Boston area for decades, developing close ties with elected leaders and policy experts in the Hub. The historic mayoral transition in Boston gave the two teams, both under the directorship of Jeffrey Liebman, the Malcolm Wiener Professor of Public Policy, an opportunity to pool their talents on transitions.

Quiroga understood that timing was just one of the unusual factors. With Janey set to become the first woman and the first person of color to lead the city, the transition would find itself in the spotlight. He knew the Rappaport Institute’s executive director, Kathryn Carlson, from previous civic campaigns as someone engaged with Boston and Boston’s leadership, and she was one of his first calls. Carlson knew the most expedient way to staff a team was to reach out to her colleagues at the Taubman Center. “I knew they could connect us with the students with the right skill sets for this unique transition,” she said.

Rafael Carbonell, executive director of the Taubman Center, was also immediately on board. “While we have expertise and involvement with transitions around the country, we were thrilled to have The Rappaport Institute tying us back to the local arena to serve Boston,” Carbonell said. Because of the speed of the transition, and the additional strain caused by the pandemic, the skillsets needed were very specific. Carlson added, “With no time to lose, we put out a call for interest, and then met with students to determine their expertise and availability to take this on during the semester.”

The result was a team with deep passion for public service and expertise in Boston government or subject areas: Alexis Farmer MPP 2021, Anil Hurkadli MC/MPA 2021, Amy Mahler MC/MPA 2021, Kara Murray-Badal MPA/MBA 2022, Joana Ortiz MC/MPA 2021, Yasmin Serrato-Muñoz MPA/MBA 2021, and Sarah Slater MPA/MBA 2021. These students worked with the transition’s leadership and the six volunteer subcommittees to design and facilitate meetings and manage the information flow from community leaders, with each producing a final report of recommendations on policy that the new mayor and new administration could carry forward. “It was such a fortuitous marriage of skills and needs at that time,” Quiroga said.

Danielle Cerny, who led the team of students and served as the lead liaison between the Rappaport and Janey teams, said the prior civic experience and policy expertise each student brought to the table was important. “Because the transition timeframe was so condensed, we had to be really crisp about the type of research and recommendations that were going into the report,” she noted. Cerny, a joint Visiting Fellow at the Taubman Center and Rappaport Institute, recently served as Deputy Chief of Staff for former Rhode Island Governor Gina Raimondo. “The recommendations couldn’t be high level, abstract priorities. They had to feel like an actionable blueprint for how to navigate the rest of the calendar year,” she explained.

The mayoral transition was made up of subcommittees with leaders from civic, government, business, nonprofit, and arts organizations in Boston to focus on a handful of core, critical policy areas, according to Quiroga. With important and diverse perspectives represented, it was crucial all opinions were heard and shared. The Kennedy School team helped develop virtual meeting structures designed to elevate diverse voices and guide subcommittee members from an initial identification of opportunities and challenges to the development of concrete policy recommendations. Throughout the process, the Kennedy School team listened to community leaders on the subcommittees, distilled their input, and engaged the leaders to fine-tune, prioritize and sequence the subcommittees’ ideas. They then helped draft a final report that outlined three to five key priorities within each subcommittee focus area, along with recommendations for tackling those priorities.

Joana Ortiz, who had served as the interim executive director for the Boston Women’s Workforce Council under the Walsh administration, had a “light bulb” moment before coming to HKS. “All social issues a community faces come down to access to economic opportunity,” she shared. Her first-hand experience of how health impacts education, community trust, and racial justice led her to understand that healthy communities are the foundation of thriving cities. “What drew me to the work was the way the subcommittees could weave together specific issues to create centralized data that could be prioritized and alert decision makers to the realities facing these communities.”

The timing was one of the things that attracted Anil Hurkadli, to the project. “Being able to see this very unique period of a city leader's career, where they are stepping into the role, and understanding just how that actually happens was compelling to me,” he explained. “As someone who's done a ton of hiring and training, I know that the onboarding phase is so critical.” The other attraction: the emphasis on education. As a former executive director for Teach For America in Minnesota, Hurkadli wanted to be sure student voices were heard. “One of the things that I remember bringing up pretty early in the transition was making sure that young people were part of that process,” he said. “I knew students are transitioning back into an educational experience that for a lot of them wasn't working to begin with. I was overjoyed to get the response, ‘Well, of course we're going to have young people’. I think that actually added a lot of depth and insight into the process." 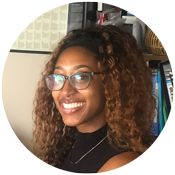 “Our subcommittee’s goal was to brainstorm recommendations and action steps to restart Boston's economy in an equitable way.”

Alexis Farmer, a Detroit native, added her experience in social and urban policy to the team. “The pandemic triggered a significant economic upheaval to small businesses and workers,” she said. “Small businesses are at the roots of community building and economic vitality within neighborhoods. BIPOC-owned businesses faced massive losses due to lack of funding and women, people of color, folks with lower-educational attainment or who had prior contact with the criminal justice system were also displaced from the workforce.”  She too, was impressed by the team’s willingness to be inclusive of all ideas. “I was very moved by the commitment from our subcommittee’s co-chairs and all of the subcommittee members to improve Boston for everyone. People were not interested in business as usual but in redesigning traditional practices to make economic development more participatory, community-based, and fruitful for small businesses and residents, not just large corporations.”

Having a role in a major civic process brought Amy Mahler to the project. “I was very lucky to intern on Governor [Deval] Patrick’s 2010 re-election while I was an undergraduate at Boston University,” she said. “In Massachusetts, especially if you're already based in Boston, you literally see mayors, city councilors, and state reps on the train and at community meetings. They're everywhere. It’s one of the things I really love: local government here is so accessible.” Having run the SPARK Boston program, an initiative based at City Hall to engage the next generation of civic leaders, Mahler found the human connection between local government and constituents a particularly satisfying part of her work in transportation and climate justice. “When I took on SPARK Boston under the Walsh administration, there was this real commitment in seeing the problems in our ecosystem and fixing them,” she explained. “It was also the best way to honor the intent and legacy of the Walsh administration by setting up the Janey administration for success.”

For Yasmin Serrato-Muñoz, it was her personal experience with homelessness that drew her to the project. “I uniquely understood that without a safe and adequate housing, individuals and families cannot thrive,” she said. “The stakes are high in this COVID-19 environment but I take comfort in knowing that all the recommendations out the subcommittees put equity in the forefront."  She felt she received as much as she gave to the project. "It was a privilege to support the Housing, Planning, and Development subcommittee, and to propose actionable and timely recommendations to avoid massive tenant displacement.”

Each of them found the unique experience will stay with them long after they leave HKS. Ortiz plans to return to her hometown of Austin, Texas, where she would like to work in economic development for the city. Hurkadli sees this as a unique moment for our federal institutions as well and would like to work for the U.S. Department of Education. Farmer, at home in Detroit, hopes to work with her hometown to rebuild an equitable economy. And Mahler would love nothing better than to work in Boston government again. “I just love this place,” Mahler said. “People can have honest conversations. People are actually committed to fixing things, and when they're not you can usually figure out pretty quickly why and what we need to do to change the circumstance around.” Serrato-Muñoz hopes to continue to build her own financial and technical acumen. “I want to then help U.S. states manage their debt and budget obligations,” she said. 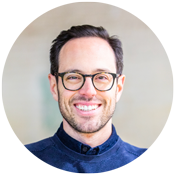 “I think we came out with just a phenomenal structure that really should be a transition model.”

For Quiroga, who has since returned to his job in neighborhood strategy and development at Graffito, ensuring a smooth and seamless transition of leadership was his main focus, and in this, the Rappaport team was incredibly valuable. “Each one of them took on a huge amount of work facilitating dialogue and resolving differing opinions amongst community members and stakeholders who come from very different perspectives on issues,” he said. “And I don't know who would have been able to be half as successful in accomplishing the work we did with the transition committee, had it not been for the resources, the knowledge and the skillset that the Rappaport student team and staff brought to bear. I think we came out with just a phenomenal structure that really should be a transition model.”

This experience will help inform and improve future work on transitions and with city and local government by the Taubman Center and Rappaport Institute, Carbonell said. For the summer of 2021, the Rappaport Institute has 20 Public Policy Fellows working in city and state agencies in Greater Boston, including Boston’s city hall, and next year the Taubman Center will embark on its fourth year of the Transition Term program.

HKS Transition Term: Experiential learning from the inside out