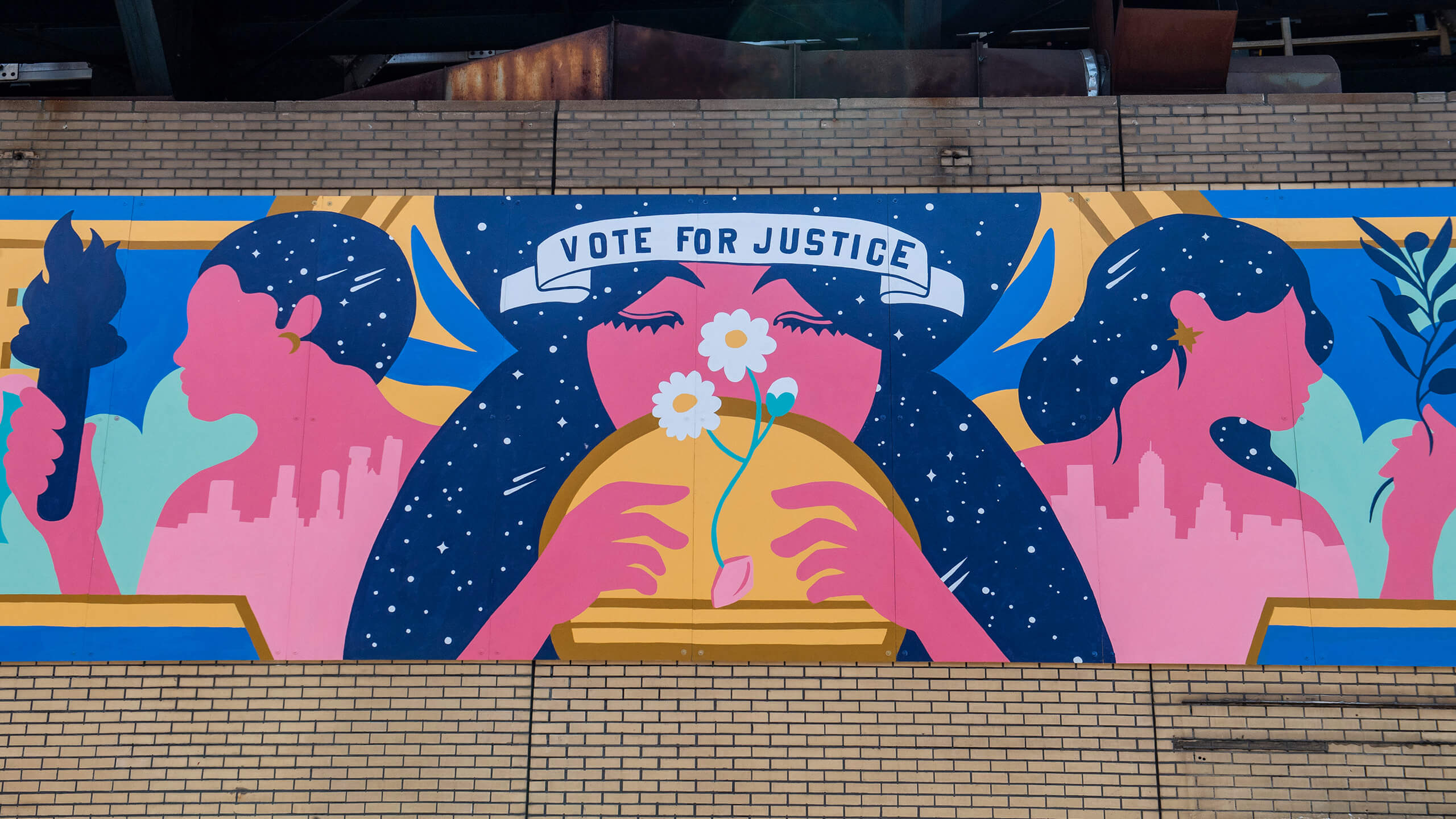 In 2020, President Joe Biden won the state of Georgia with a slender margin of fewer than 13,000 votes. Many attribute his victory, in part, to Georgia’s 185,000 Asian American and Pacific Islander (AAPI) voters.

As the fastest growing racial or ethnic group in the Unites States, AAPI voter participation rates have also been on the rise, with the 2020 elections seeing significant increases in turnout. Though AAPI voters cast ballots at a rate of nearly two to one for Biden in 2020, the AAPI community can’t be considered a mainstay of the Democratic Party. “We all realize that the Asian American community is hardly a monolith,” said Tova Wang, Ash Center Senior Fellow in American Democracy, as she opened a discussion on Wednesday, April 13 titled, “Courting the AAPI Vote: How Political Parties Plan to Reach AAPI Voters in the 2022 Elections.”

As the 2022 elections near, both parties are eyeing this growing community and asking themselves how they can win over AAPI voters. To help answer this question, Wang was joined in conversation by Madalene Mielke, president and CEO of Asian Pacific American Institute for Congressional Studies; and Lanhee Chen, a fellow at Stanford’s Hoover Institution, and a GOP candidate running for California controller this November.

“I hope we see record turnout. I hope we see many more people getting involved in the process at all levels because I think that is an essential part of how we can continue to gain voice and perspective in our political system.”

“I do think that the issue environment is one where a lot of Asian American voters and nonvoters, people who are coming into the political system, are becoming more aware of the fact that government and politics affect their daily lives in a pretty real way,” said Chen. “I hear a particular set of concerns around what is the school system doing to prepare my student, my child, to succeed at the university level and beyond.”

“The economy has changed so much due to all the challenges we faced during the pandemic, that I think it still is the number one issue,” remarked Mielke. Economic security, particularly for immigrant voters, she added, is a salient issue. Immigrants frequently hear the message that America is a place where they can succeed and build careers, and so, for this group, economic security is especially important, Mielke stressed.

The rising tide of hate crimes aimed at Asian Americans has helped galvanize AAPI voters, particularly in local elections. “This is going to be about how are we protecting our seniors and, you know, AAPI women who are also highly targeted. Messaging [around this issue] has to happen for both parties. But yet at the same time, some progressive messaging, whether it's defund the police or how are we talking to law enforcement, where communities feel like they have a say in making those types of decisions with community safety,” said Chen.

Both parties realize that they must continue strengthening their outreach efforts to AAPI voters using culturally competent campaign tactics. “The Democratic Congressional Campaign Committee is making a substantial investment in looking at constituencies of color to build a coalition for the midterm elections,” noted Mielke. “Regarding Asian American outreach, we are interested in being sure that there are people who have access to materials that are translated in a competent way. Cultural competency is important for us when it comes to making sure that we have organizers who can communicate with our different constituencies.”

“We must really meet people where they are. In many cases that will mean we will be communicating with voters in non-English languages.”

For Chen and the GOP, those lessons resonate in a similar way. Chen says, “we must really meet people where they are. In many cases that will mean we will be communicating with voters in non-English languages… That means not just the translation of campaign materials but ensuring that is happening in a way that is consistent with how people who speak that native language consume the information. This is not something where you can kind of airdrop in somebody else and say, okay, just translate this and go with the message. You really have to get feedback from the community and say, is this message really conveying what I think it's trying to convey?”

With the midterms just months away and control of Congress and countless statehouses at stake, an increasing number of political hands are going to be looking at the AAPI vote as a decisive factor in many races. “I hope we see record turnout. I hope we see many more people getting involved in the process at all levels because I think that is an essential part of how we can continue to gain voice and perspective in our political system,” said Mielke. “I believe very dearly that this community has the ability to influence elections because, you know, we can be the margin of victory and it is up to us to make sure that we bring awareness to our voters about elections.”

Banner image: A public mural created by Kent Yoshimura at the AAPI Democracy Project's "Voting is Justice Rally" in New York in 2021. Photo by Brittainy Newman/AP

Young voters ascendant: How a generational shift won the 2020 election and could remake American politics