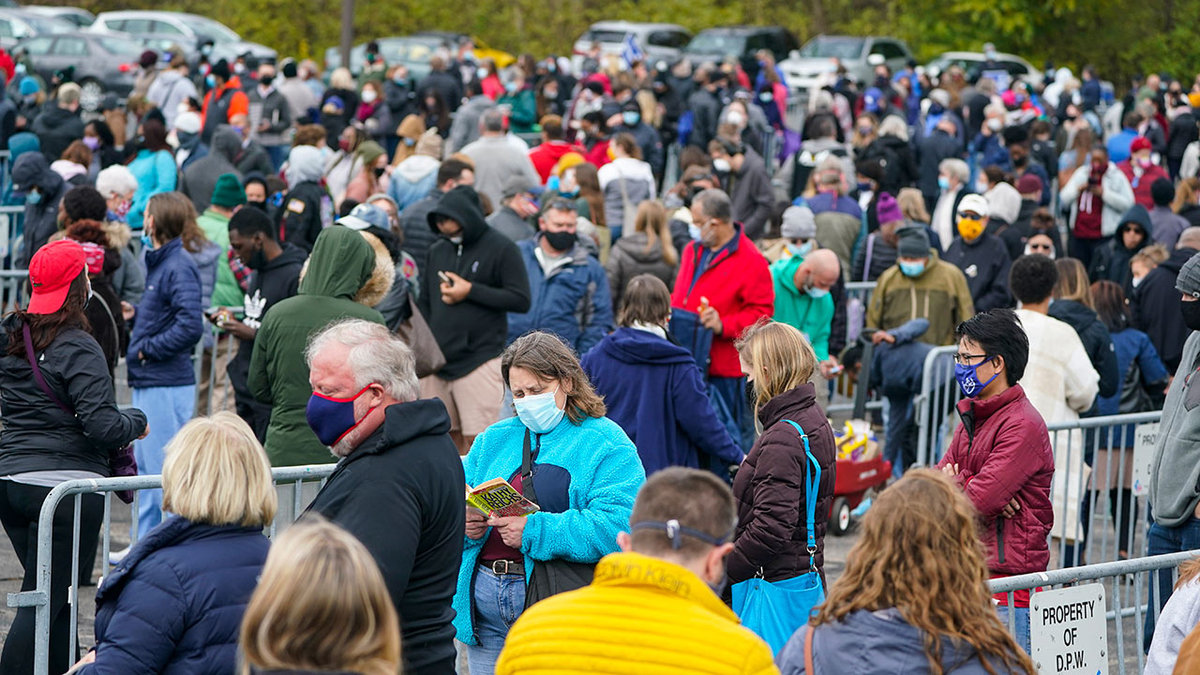 Survey by the center’s Reimagining Rights and Responsibilities in the United States Project finds increased common ground on voting, economic and racial inequities, and other issues.

The shared experience of the COVID-19 pandemic and the resulting economic crisis seems to have significantly altered Americans’ attitudes towards civil rights, government responsibilities, and each other, bringing people’s views closer together despite continuing partisan political divisions.

Asked whether “Americans have more in common with each other than many people think,” 88 percent of respondents said they either “agreed” or “somewhat agreed,” according to a poll released today by the Carr Center for Human Rights Policy at Harvard Kennedy School.

That’s a significant jump from the 71 percent positive response when the same question was asked in mid-2020, before the full effects of the COVID-19 pandemic were felt.

When asked about the statement: “Government has a responsibility to protect the lives, livelihoods, and rights of all Americans,” 95 percent of respondents in the May 2021 poll agreed or somewhat agreed, compared to 87 percent in the 2020 poll.

“We all went through a year like no other,” said Carr Center Senior Fellow John Shattuck, who directs the project that conducted the polling. “I think people have a better sense of their responsibilities.  Wearing masks for public health protection was symbolic of how many Americans began to think differently about each other during the pandemic, despite their political differences.”

After a year in which the pandemic exposed life-or-death disparities between health care in rich and poor communities and communities of color, the 2021 poll found increasing bipartisan agreement on the need to address economic and racial inequality. In 2020, 67 percent of respondents agreed either fully or somewhat with the statement: “Before America can be truly united we need to give equal opportunity to the haves and the have-nots.” That number jumped to 85 percent, including 70 percent of Republicans, in the 2021 poll.

“What’s significant about this year’s polling results are the measurable shifts in opinion on issues including voting rights, polarization, and racial discrimination over the past year.”

Similarly, more people now agree (70 percent in 2021 versus 57 percent in 2020) that structural racism “makes it more difficult” for people from racial minorities to get ahead.  An even higher percentage (78 percent, including 59 percent of Republicans), have come to the view that the federal government should provide “investment in African American, Native American, and Hispanic communities that have historically been denied economic opportunity and equality as a result of past federal policy.”

“The Reimagining Rights and Responsibilities project gives us a sense of how American views have evolved during the pandemic,” Risse said. “What’s significant about this year’s polling results are the measurable shifts in opinion on issues including voting rights, polarization, and racial discrimination over the past year.”

Coming out of the pandemic year, respondents say they feel more positively about each other, but less so about political parties. They also agree that they are fed up with America’s bitterly partisan politics.  Specifically, the 2021 poll found that:

On the issue of voting rights, large bipartisan majorities of Americans agree either fully or somewhat with reducing voting restrictions, including:

Republican support waned for some specific proposals. For example, less than a majority (45 percent) of Republicans said they supported automatic voter registration and 37 percent favored universal voting by mail.

Meanwhile, on police reform questions such as whether police should be held accountable for violent acts and whether citizens should be able to sue officers for civil rights violations, majorities across the spectrum answered yes, but the majority percentages were lower among Republicans.

Opinions were more divided on highly partisan issues such as gun control measures, where 68 percent (including 52 percent of Republicans) shared the view that “the right to bear arms should not keep government from regulating gun safety,” and religious liberty, where 53 percent agreed and 47 percent disagreed that “religious practices should be protected even if they discriminate against women and gay people.”

Poll finds strong bipartisan support for rights, and concern that rights are under threat