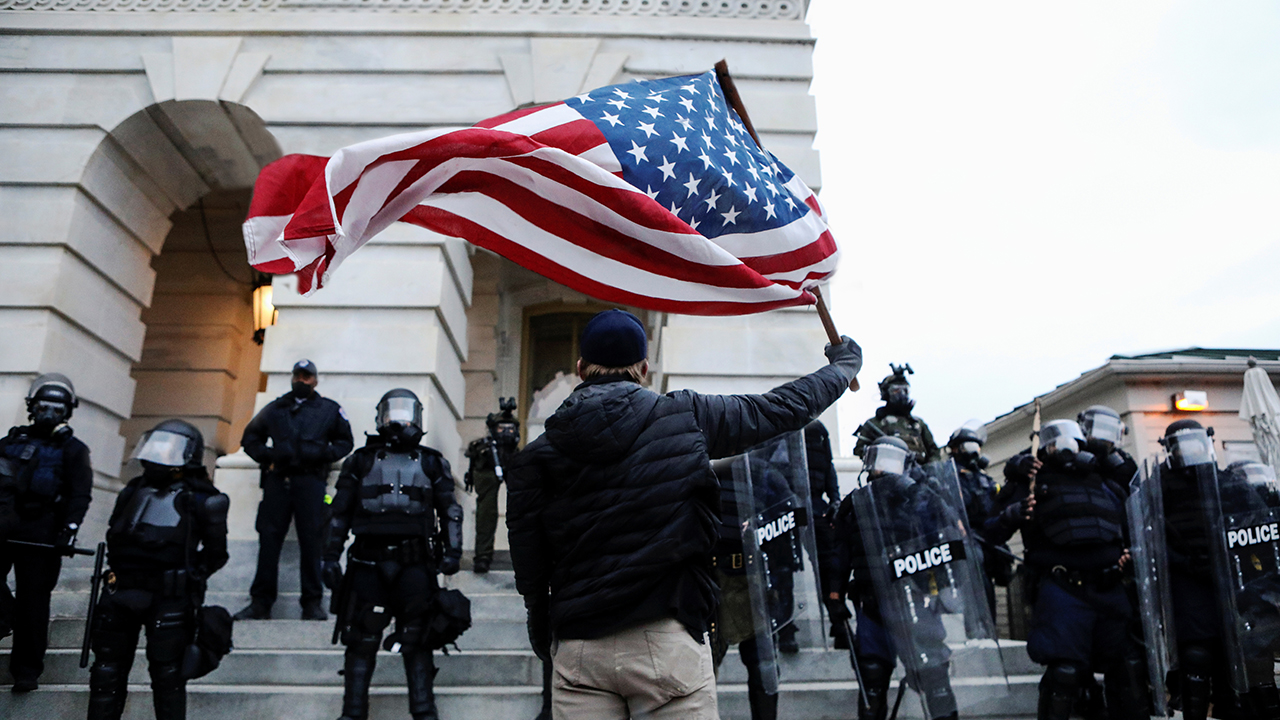 This Q&A was originally published by the Harvard Gazette.

It’s been nearly a year since then-President Donald Trump exhorted rallygoers at a speech Jan. 6 near the White House to “demand” that members of Congress and Vice President Mike Pence oppose the counting of Electoral College votes while thousands of his supporters stormed the Capitol. Since then, federal prosecutors have charged more than 700 people for crimes related to the attack, and the House Select Committee is moving aggressively to uncover the details of what happened, how it happened, and who was responsible.

Alexander Keyssar ’69, Ph.D. ’77, is the Matthew W. Stirling Jr. Professor of History and Social Policy at Harvard Kennedy School and author of “Why Do We Still Have the Electoral College?” (Harvard Univ. Press, 2020). The Gazette asked Keyssar, who taught a course examining the Jan. 6 attack soon after, to put the attack into some historical perspective. This interview has been edited for clarity and length.

Q: As it unfolded, the historic nature of the attack on the U.S. Capitol was clear. How has your view of Jan. 6 evolved over the past 12 months? 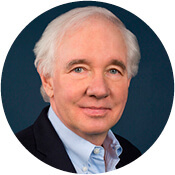 The thrust of the first four weeks of the course was to try to find answers to the most elementary questions: Exactly what happened? What do we call it? What’s the precise chronology of events? How did it end? All of that was still very unclear in February or March 2021. And then, who were the actors? We also looked at the rally that happened beforehand and asked, who was there?

The course began with a set of assumptions that we didn’t really know what had happened and thus couldn’t begin to assess the significance of it. At that time, there was a dominant focus on the rowdy actors at the Capitol and what seemed to be a fairly inchoate although very disturbing set of events in the afternoon of Jan. 6. The other thing that was shaping the way we looked at it in that first month or two was the fact that after the Capitol had been cleared, Congress came back in, did its business, announced the election of Biden, and then numerous Republican leaders denounced the events. So, the way it appeared for a while last spring was as a rally that had spilled over into an attack on the Capitol led by right-wing radical groups, like the Proud Boys and the Oath Keepers, who were seizing the moment to pursue their own agendas.

Right now, it really does look quite different. The information that has been coming out reveals a high and consistent level of engagement with this event on the part of officials in the White House, including the president, certainly, his staff, and people close to him. We now know that there was a command center at the Willard hotel and that text messages were flying around among White House officials, top Republicans, members of Congress, and even Fox News. We now know also about an alleged legal constitutional strategy to induce Vice President Pence to reject the electoral votes of certain states, which could then lead to a process that might lead to announcing that Trump had won the election. The idea that there was a conceptual plan undergirding this and aiming to utilize the chaos to try to produce a different election result was not clear last spring. In contrast, it seems increasingly clear now.

Q: Efforts to contextualize Jan. 6 have led people to compare it to other events in history — Germany in the 1920s and ’30s, the Civil War and Reconstruction era, the Revolutionary War. Are any of those apt? Where do you place this event in terms of its significance?

Historical analogies are useful, and the class explored several last spring. We read about Germany in the ’20s and ’30s. We read about the Beer Hall Putsch as a prelude to the Reichstag fire and Hitler’s seizure of power a decade later. A relevant precursor too was what was going on in Kansas in the 1850s, “Bleeding Kansas.” One of the themes that we identified in U.S. history was the use of violence in order to suppress any emerging political power of racial minorities. Kansas in the 1850s was about whether it would be a free state or a slave state. Another example that we looked in detail at was what happened in Wilmington, North Carolina, in 1898. The book we read describes those events as the only successful coup in U.S. history. And it was indeed a case where, in effect, an election outcome was overturned by violence in a community that had become one of the centers of a fairly prosperous and thriving African American life in eastern North Carolina. So, we looked at those and other events not only as analogies, but as historical threads that raised the question: Are they linked to the present or not? I think one can make a case that they were.

As to the significance of what happened, my mentor in graduate school, the great Harvard historian Bernard Bailyn, who passed away last year, used to say that you couldn’t really tell the significance of something until a generation later. I think there’s some truth to that.

What happened on Jan. 6 was a very significant event in that it broke all sorts of barriers, and it was a threat to democratic order. But its ultimate significance will depend on what unfolds in the coming years. Suppose things somehow return to normal in the next five years, and there aren’t any more major election shenanigans and there re-emerge, say, leaders in the Republican Party, like [Georgia Secretary of State] Brad Raffensperger, who are willing to criticize what happened. Then this looks like a notable, but not immensely consequential, blip in U.S. history.

But there’s another path that we may be on, and that could include contested elections in 2022, and then 2024, the utter delegitimization of our electoral processes and the further breakdown of longstanding democratic norms. And then this looks like a major event that helped to push the country onto a different, undemocratic, and, to my mind, destructive path.

“The idea that there was a conceptual plan undergirding this and aiming to utilize the chaos to try to produce a different election result was not clear last spring. In contrast, it seems increasingly clear now.”

Q: Is the country facing a crisis of legitimacy in 2024 no matter who wins, given the psychological and legal groundwork already laid by some Republicans questioning the trustworthiness of our electoral system and Democrats’ deep distrust of Trump?

I think we’re already there. We don’t know yet what the outcome of the crisis is going to be, but we are in a crisis. What happened in 2020 exposed the plumbing or infrastructure of our electoral system. I had just written a book about the Electoral College and was consequently aware of the largely invisible plumbing, as were a handful of other folks with special expertise, but most people, even journalists, had little knowledge of the ambiguities and weak points in the electoral system. What the Trump forces took away from the 2020 election was they saw those weak points where the laws were unclear or where nonpartisan or neutral officials would be ruling on the validity of claims of fraud or the validity of the vote count. They’re now taking steps in a variety of states and even counties to replace those officials or to give state legislatures extraordinary powers to override those officials. Overall, it is a strategy of trying to guarantee that Republicans will win the 2024 election regardless of the degree of their popular support.

Q: Live television coverage, eyewitness accounts, and social media posts by the attackers provide a tremendous amount of authoritative real-time documentation of what was going on that day. And yet, there are two competing, often diametrically opposed, narratives about what happened and who was responsible. Is there a danger that the fact-based, much more widely accepted account may become subsumed by Trump’s counternarrative?

I don’t see that a congressional report or even a series of statements is going to lead a lot of people to say, “Oh, I got it wrong. Sorry.” But at the same time, I certainly don’t think that the Trumpist version of the story is going to convince any Democrats or many independent observers.

Indeed, part of this story is the almost complete bifurcation of news sources for different segments of the population. Trump supporters do not watch CNN; they do not read The New York Times or The Atlantic. Their most popular source of information is Tucker Carlson, as well as numerous conservative echo chambers, which are profitable to their owners. So, people’s opinions tend to get frozen. No amount of speechmaking is going to change that.

We are in a world now where two conflicting narratives are believed by two different and large segments of the population, and it’s going to be like that for a while. They’re not reconcilable, and I don’t see either of them going away. If Trump were to be re-elected in 2024 and his allies start suppressing the voices of people who have different views, the Trumpist perspective could become triumphant for a while. It won’t be triumphant for long or forever. There’s too much evidence out there to make clear that it’s flawed. Still, the country isn’t going to be governable for very long if those two different narratives persist among large groups of people spread throughout the country. We are still living today with the consequences of regionally conflicting beliefs about the history of the Civil War and Reconstruction.

Q: What events or factors will likely determine the course of where this event leads us as a country?

There has to be some widespread rejection or repudiation of what happened. One form that could take would be legal. If the various people involved in this scheming, not just the people who showed up physically at the Capitol, started getting significantly punished, that would make a difference. But short of that, all these issues are going to fester at least for a number of years unless there is some other crisis that overrides it, which is not something to be wished for.

The other scenario people have talked about for the last year is that if the Democrats were to win overwhelming majorities in 2022 and 2024 and really damaged the political power of the Republican Party, that might have an impact. And I think that that’s true, but I don’t think that’s likely to happen. I think we’re going to be living with this for a while.