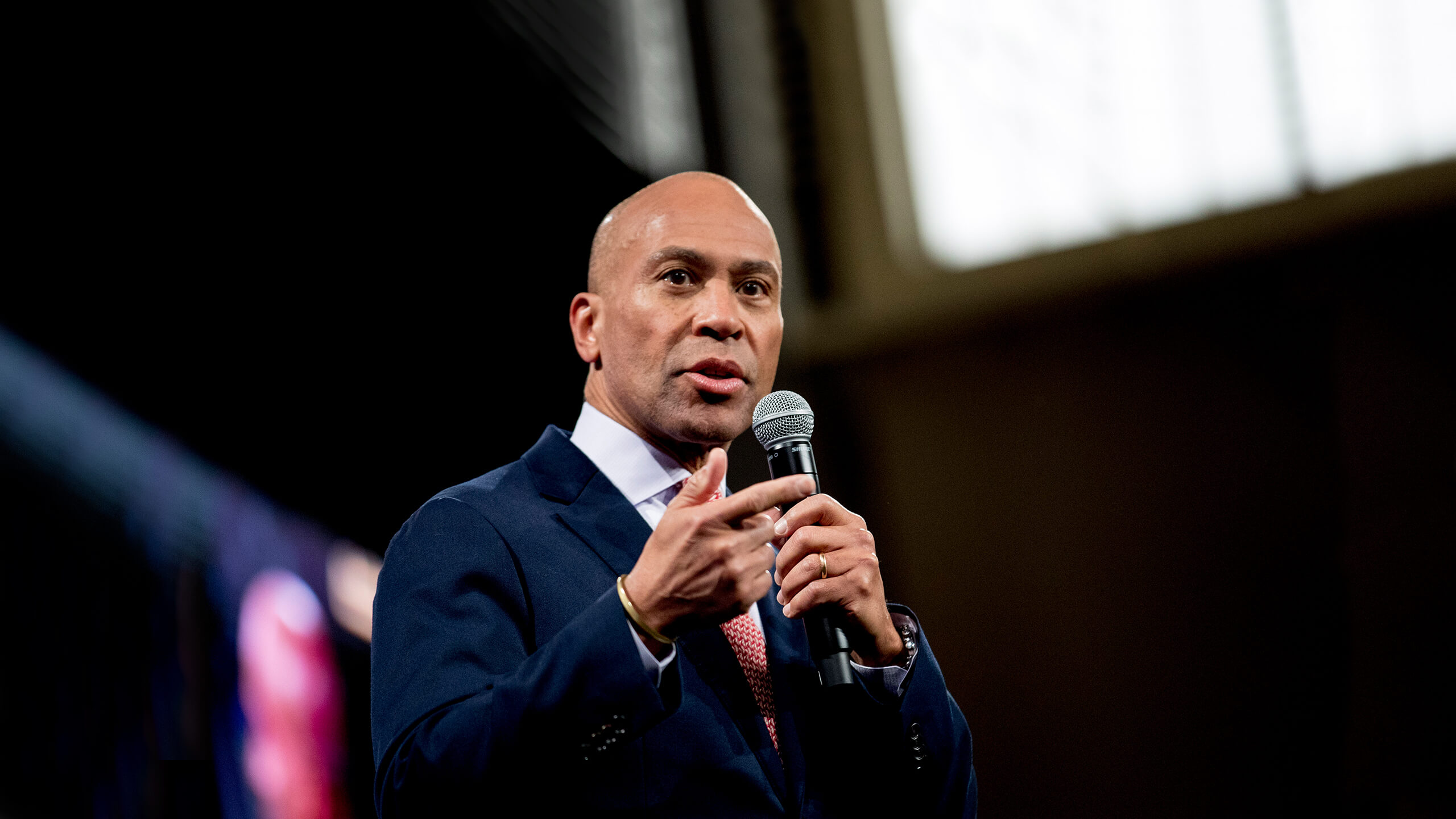 In his first public seminar as a Harvard faculty member, Patrick reflects on politics, governing, and the need for a different kind of leader.

In his first public event since joining Harvard Kennedy School in January, former Massachusetts Governor Deval Patrick said he had planned to talk about leading through a crisis, drawing on his experience with the Boston marathon bombing in 2013. Instead, he chose to focus on what he described as American leadership itself in crisis.

Patrick, co-director of the School’s Center for Public Leadership and professor of the practice of public leadership, spoke in a webinar in a free series hosted by the Kennedy School’s Executive Education program.

“I want to speak about leadership in crisis instead because, in the United States at least, democracy is in trouble,” he said. “A series of failures of leadership, I believe, is at the root of that trouble.”  He identified two challenges facing American democracy: how to make it function, and how to make it matter.

“The challenge of function has gained attention from political figures, advocates, and the media in recent months because of the 19 states with Republican-led legislatures that have enacted new laws to frustrate, complicate, and when they want to, overturn the vote,” he said. He also noted the recent failures of Congress, in particular the Senate as well as the Supreme Court, to right those wrongs. And he noted these functional challenges are part of a bigger strategy to complicate participation.

“These new measures include hyper-partisan gerrymandering, the widespread purging of registration rolls, the flood of money, much of it dark, into politics and policy making, the persistent and the recently successful efforts to weaken the Voting Rights Act,” he explained. “Disinformation amplified by social media is another device used in this strategy. They are all parts of a fundamentally anti-democratic strategy.”

He said both major U.S. parties bear responsibility for the crisis and for fixing it. While he noted that part of the Republican electoral strategy for many years has been to constrain participation, “Democrats have often seemed naive or flatfooted about what was happening, and how to take action.” 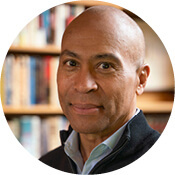 “The loss of confidence in democracy as a path to change derives from our leaders' relentless focus on the next election or news cycle, or the next poll instead of the next generation.”

He finds the second challenge more concerning. “Fully one-third of eligible Americans simply don’t vote, not because it’s harder than it should be, but because they are not convinced it matters.”

“I grew up on the South Side of Chicago, much of that time on public assistance, in a crowded tenement, in overcrowded and under-resourced schools. I got a break when I was 14 to go to a boarding school outside of Boston, and then I went to college and eventually to law school here at Harvard,” Patrick noted. “I am now called ‘professor.’ My story is not defined by my circumstances of birth. It is a story that was once told more often in the United States more than any other place on earth,” he said. “But that American story, the American dream, is further and further out of reach for many Americans, and that ought to concern us all.”

That so many Americans find themselves underwater financially, struggling with unemployment, abandoned by the health care system, and stuck in poverty; where even the middle class lives paycheck to paycheck are all indicators, Patrick said, that many Americans feel democracy is failing them.

“Today white, rural, working class folks experience the same economic insecurity and social isolation, the same suicide and addiction rates as Black people have experienced for generations,” he said. “Many feel the same anxiety, fear, and even anger at how those issues become issues at election time and then seem to vanish in between.”

This is where Patrick sees a sustained bipartisan failure of leadership. “The loss of confidence in democracy as a path to change derives from our leaders' relentless focus on the next election or news cycle, or the next poll instead of the next generation,” he said. This is also where he sees a chance to make things better.

“To address the challenge of voter apathy, of making voting meaningful, we need a different kind of leadership. Leaders who ask us, indeed who challenge us, to turn to each other instead of on each other,” said Patrick.  “Leaders who are prepared to spend political capital, not just accumulate it, because that's what it takes to leave things better for those who come behind. We need serious, purposeful, authentic leaders who get close to regular people, not just consultants and donors, and who listen closely to regular people, not just polls.”

These are the kind of leaders who are in short supply, he said, and that HKS aims to cultivate through classroom learning, Executive Education  programs, and exposure to living examples of dedicated leadership. He offered this last bit of advice: "We don't have to agree on everything before we can work together on anything."

Patrick will expand on his advice and coaching of leaders as a featured speaker in many upcoming Executive Education programs including Senior Executives in State and Local Government this month, Emerging Leaders in December, and more upcoming leadership programs.

—
Banner photo by Andrew Harnik/AP and portrait by Edward Brown