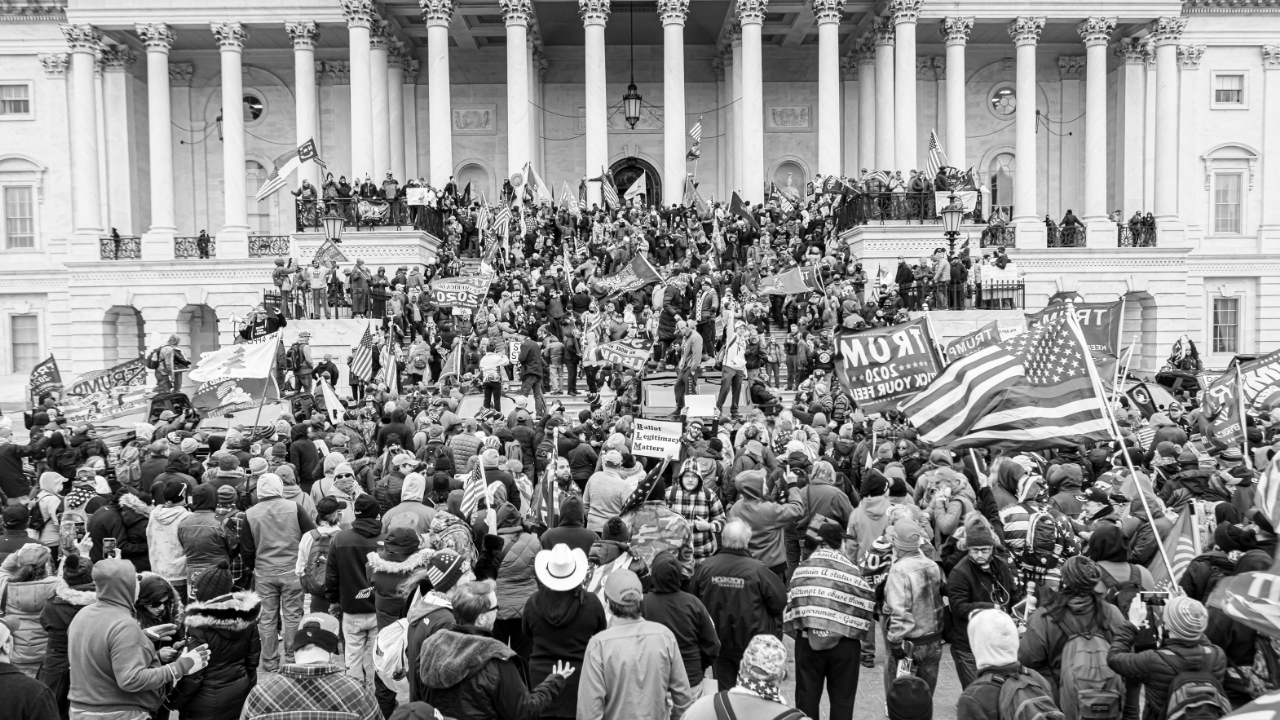 The storming of the Capitol in Washington last week has sent shockwaves of concern and consternation across the United States and around the world. How do we make sense of these unprecedented events? And how do we move forward when such fractures in American democracy and society are laid bare?

Three Harvard Kennedy School faculty members who work in the spaces of democracy, media, and social justice engaged the School community Monday in a wide-ranging and candid conversation about the significance of the riot and priorities for moving forward.

Dean Doug Elmendorf, who sent a message to the community after last week’s attack, opened the conversation by saying, “Last week, we watched horrifying images of rioters attacking the U.S. Capitol, which is the symbolic and practical heart of U.S. democracy.”

Elmendorf cited the images of violence and hate—the Confederate flags, nooses, and sweatshirts praising the Holocaust that were prominent symbols at the riot. He emphasized, “We have a lot of work to do to sustain democracy in the United States and elsewhere in the world.”

“We’re all trying to figure out how to understand what just happened and what it means for how we think about the America that we live in.”

The session was moderated by Archon Fung, Winthrop Laflin McCormack Professor of Citizenship and Self-Government, and organized around participation, with small breakout groups and significant time for questions and conversation. “Don't expect a kind of passive listening event,” Fung said.

“We’re all trying to figure out how to understand what just happened and what it means for how we think about the America that we live in—how to be responsible citizens, public servants, and public leaders in this time,” Fung said. 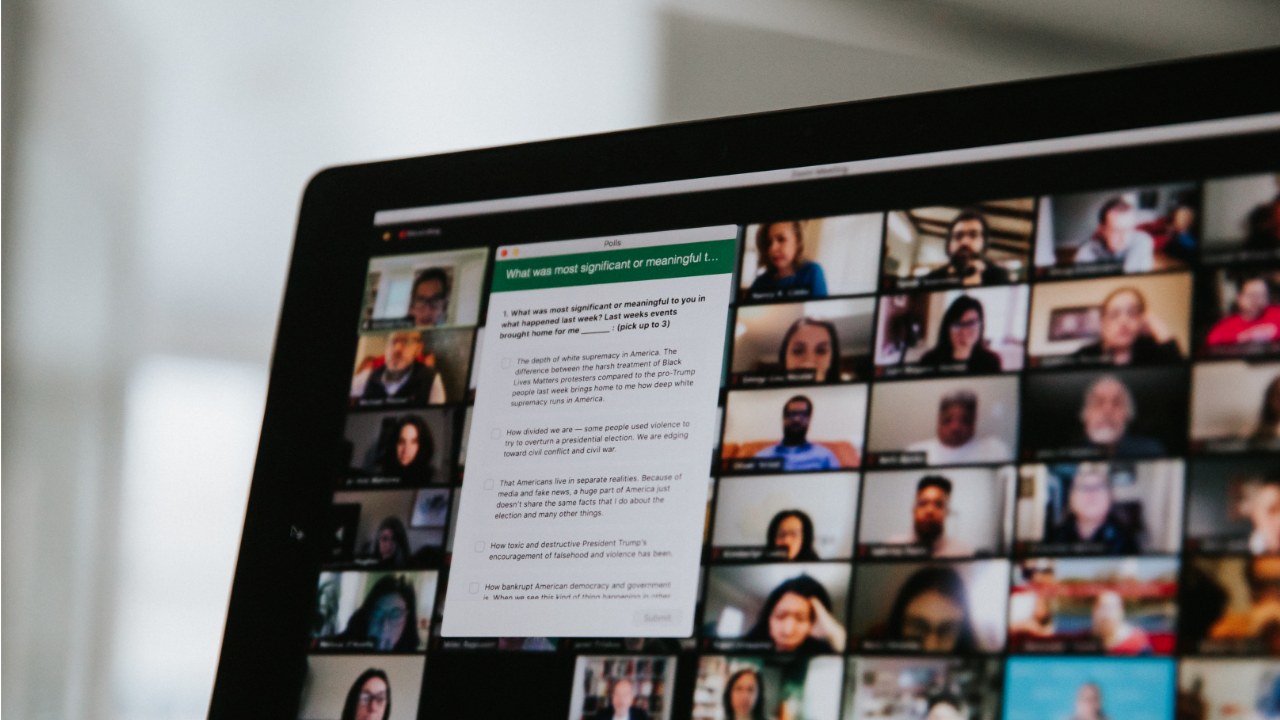 Fung, a scholar of democracy, began by polling the roughly 350 faculty, student, and staff participants on who they thought was most responsible for the attack on the Capitol, what was most meaningful about last week’s event, and what our priorities should be as we look ahead. In their responses, attendees singled out President Trump, the Republican leadership, and white supremacy and racism as the forces most responsible for the attack. The group found the most significant takeaways from the attack were the depth of white supremacy in the United States, the deep divisions in the country, and the degree to which public leaders have continued to support Trump. In terms of priorities, the attendees believed we should step up the fight for racial justice, make democracy work better, and make media work better.

“We are not just a country divided. Disagreement is a luxury of a shared reality that we don’t have.”

Nancy Gibbs, director of the Shorenstein Center and the visiting Edward R. Murrow Professor of Practice of Press, Politics and Public Policy, followed Fung’s polling with a brief discussion about the role of the media. She emphasized a “need to repair our information space.” Gibbs said, “We need to understand how the press as a critical democratic institution can restore trust that has been falling for 40 years.” Restoring trust, however, is challenging in an environment with little shared ground. “We are not just a country divided,” Gibbs said. “Disagreement is a luxury of a shared reality that we don’t have.”

Cornell William Brooks, Hauser Professor of the Practice of Nonprofit Organizations and professor of the practice of public leadership and social justice, praised the attendees, “who took the time to make the sacrifice of time to be together in this tragic moment.” He said, “I think it is a measure of not only our concern for the country but our concern for one another, that we are here.” Brooks added, “For me it is crystal clear that this was an insurrection that was the fruit of white supremacy and white nationalism. To paper over the violence is offensive.” Brooks outlined three broad themes that stemmed from last week’s events: the fragility of American democracy, the false notion that white nationalism is a threat just to some and not all of us, and the fact that many of those who have stoked violence are among the elite and hold positions of power.

“My confidence lies not in how smart we are but in how good we might be.”

After Brooks, Gibbs, and Fung spoke, the attendees convened in small groups to share what was most significant to them about the insurrection and to discuss what they wanted to see going forward. The groups came back to share perspectives on the foundations of democracy and the media, about short-term questions like the possibility of impeachment, and longer-term ideas focused on community building. Faculty, staff, and students voiced their frustrations and concerns—including consternation about the rhetoric of civility as well as a desire for more venues for staff and student involvement—along with their hopes about what the Kennedy School could do to address problems in society more effectively, especially the deeply entrenched challenge of racism.

Brooks then closed the event with a secular benediction—a few powerful words for reflection. “Good words do not mean that we are in the midst of a good moment,” Brooks said. “Good words do not mean that good has prevailed, and evil has taken a backseat.” He compared the time we are in now to the violence of 1965 during the Selma to Montgomery march that contributed to the passing of the Voting Rights Act, which gave African American citizens the right to vote. Just like in 1965, he said, “violence and the vote are intertwined in this moment.”

“My confidence lies not in how smart we are but in how good we might be,” Brooks said. “And, so, in this moment of tragic opportunity, those are the only good words I have to offer, but I think it's reflective of the good that we have within us as a community.”

An electorate that wanted to be heard