Navigating the future of the GOP

Tim Alberta spent 15 months ahead of the 2020 election driving around middle American to understand the Republican voter. Alberta, staff writer for The Atlantic and author of American Carnage, On the Front Lines of the Republican Civil War and the Rise of Trump, shared his insights into Republican values and motivations in a conversation with Richard Parker, lecturer in public policy. “There were many questions after the 2016 election about how we missed this,” said Alberta. “We were asking, ‘Why are we out of touch with the middle of the country, who were part of the ‘blue wall’ in the previous election?’” What he found were voters with key beliefs, rather than allegiance to any one leader.

Tom Patterson, Bradlee Professor of Government and the Press at the Kennedy School, acknowledged that while Republicans did well in the short term, gaining nearly equal representation in the House and Senate and scoring decisive victories in state legislative races, the long-term future is problematic. Like Alberta, Patterson found the makeup of the GOP will determine its future, not a single leader. “In a two-party system, they are pushing themselves too far to the right,” he explained. “One of the things Republicans do is anchor to the orthodoxy. You can't deviate; you can't moderate.  And a party that can’t moderate in our system is in trouble.” Alberta agreed: “Right now there is no distinguishing between the mainstream of Republican politics and the fringe of Republican politics.” 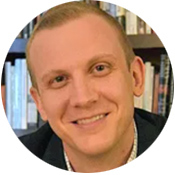 “Finding a way to incentivize our elected leaders to tell their constituents what they don't want to hear is the great political challenge of our day.”

And what drives the Republican ideology? The distrust of the power structure in Washington, the distaste for “political elites,” and the very real role immigration—and race—plays in our politics. “In the past 10 to 12 years of politics, and particularly in Republican politics, race was playing a larger role than we were comfortably acknowledging,” Alberta found. In 2020, this led to record-breaking voter turnout and the highest vote ever for an incumbent president.  And while race is central, Alberta pointed out there is more to consider. “Issues of immigration and race are subtle proxies for public policies around welfare reform, voting attitudes, even taxation,” he said. “It is incredibly difficult to quantify the long simmering resentment.”

“There are so many folks in this country who believe that no matter who's in power, Washington and Wall Street and powerful, well-connected wealthy people in this country have essentially stacked the deck against them and that they are all getting ahead at their own expense,” Alberta said.

As Alberta looked more deeply into Republican politics, he discovered that culture and religion played a role, with college-educated suburban voters who traditionally voted Republican changing party due to social stigma, and with church affiliation becoming increasingly tied to politics and a sense of patriotism. The bottom line, he found, is that Republicans cannot underestimate voters. “For as much as we may loathe the guy (Trump) we also have to acknowledge that if we try to throw him overboard, then we're probably also turning our backs on millions of millions of voters who we're going to need if we're going to be competitive and viable in the next national election.”

Shorenstein Center Speaker Series with Tim Alberta: "The Future of the GOP"