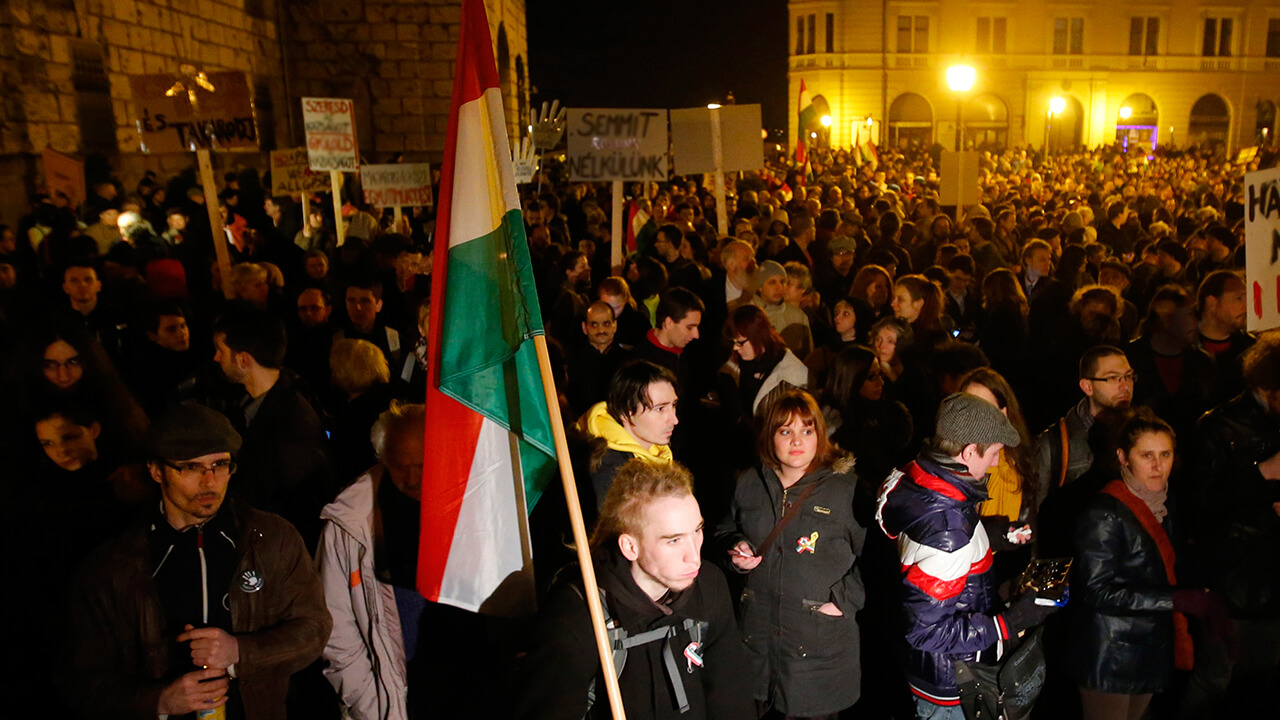 A former director of the ACLU’s Washington office, Shattuck served as assistant secretary of state for democracy, human rights and labor under President Bill Clinton. In 1997, Clinton nominated Shattuck to be U.S. ambassador to the Czech Republic, where he served from 1998-2000, directing U.S. relations with a Central European ally and new NATO member. In August 2009, he became the fourth president and rector of Central European University (CEU), an international graduate institution in Budapest, Hungary.

During his talk, Shattuck outlined the forces within Hungary and the United States that have fostered the emergence of anti-democratic movements. While Shattuck made clear that democratic institutions within the United States will temper these forces over time, similarities with Hungary still remain.

Shattuck began by detailing recent history and the factors that contributed to anti-democratic movements in Europe, especially in Hungary 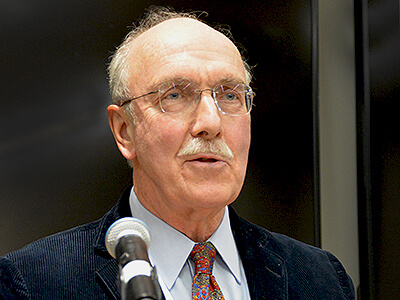 There are two great forces that we saw unleashed in the world by the changes in 1989 [with the fall of the Soviet bloc]. They were the forces of integration, which are the forces that actually in some ways produced the hope and desire for more democracy, which resulted from the fall of the Berlin Wall. In very practical terms, the countries in Eastern Europe eventually started the process of rejoining the West.

Then was the triumph of market economics, which was seen to be a great success story in many of the new countries in Eastern Europe. There was the globalization of economics and the globalization of culture, to some extent, thanks to the dramatic changes that were taking place in communications and technology at this time.

But what was really missed in many ways during that early period were the equally powerful forces that were pressing in the other direction. They were the forces of failed states, like the fall of Yugoslavia, which collapsed in the wake of the changes in 1989 and descended into horrific ethnic conflict and ultimately genocide. There were the forces of mass migration—many people becoming migrants having been forced out of their countries.

Then there was the global financial crisis. [All of this led to the rise of] populist and nationalist politics, which we’ve seen played out now endlessly over the past 30 years, ranging from the beginnings of Euroscepticism to the development of populist nationalism in Hungary and elsewhere in Eastern Europe, including Poland.

What happens when these forces collide? Well what happens is attacks on democracy are unleashed and the prospects of the rise of authoritarianism becomes very real. Hungary was Europe’s earliest laboratory for this collision. After 1989, it was often seen as leading the way of transition to democracy and human rights in Eastern Europe, but now it’s leading in exactly the opposite direction.

In the wake of the financial crisis in 2010, many Hungarians began to reject liberal democracy and the concept of a market economy because they felt no better off than they were under Communism, especially because they lost their social benefits.

On the state of democracy in Hungary

The bottom line on this Orbán-style soft authoritarianism is that it is succeeding, it is growing, despite its vulnerabilities, including corruption. Democracy in Hungary is dying a slow death. It is almost beyond life support. This is a dangerous situation that it faces with the opposition being so severely destroyed.

On the state of democracy in the United States

At least on the surface, Viktor Orbán and Donald Trump have many of the same traits and interests in common. But I think the midterm elections that have just taken place paint a very different picture than the situation in Hungary where the opposition has been virtually destroyed. In the U.S., we saw a significant opposition that emerged in these midterm elections. It is literally the end of one-party rule in the Congress. There is now the possibility of some check on executive power with the new Democratic-controlled Congress. Most of all, there was a huge turnout in response to the current power structure, especially among minority and younger voters who voted in ever larger numbers. And there is the potential for significant state and local resistance to presidential authoritarianism as seen in many ballot initiatives.

There are really three models of the Trump presidency, and they are all quite similar to what I’ve described in Hungary. There is the authoritarian model where you attach pluralist institutions like the media and the courts, undermining the rule of law. And above all you use fake news and propaganda to manipulate public opinion.

There is the anti-government model which is actually quite different. That is the model of tearing down the administrative state, especially by deregulation of economic, financial, and environmental issues. And you dismantle, as much as possible, the professional civil service.

Then there is the third model which is, in a sense, the dominant one, and that is the polarization model where you appeal to your populist base by stirring up racism, smearing opponents, and attacking norms of democratic governance and making sure there are means of no cross-party or non-partisan or bi-partisan efforts to save them and make something out of democracy.

All three models are obviously inconsistent with the practice of liberal democracy.