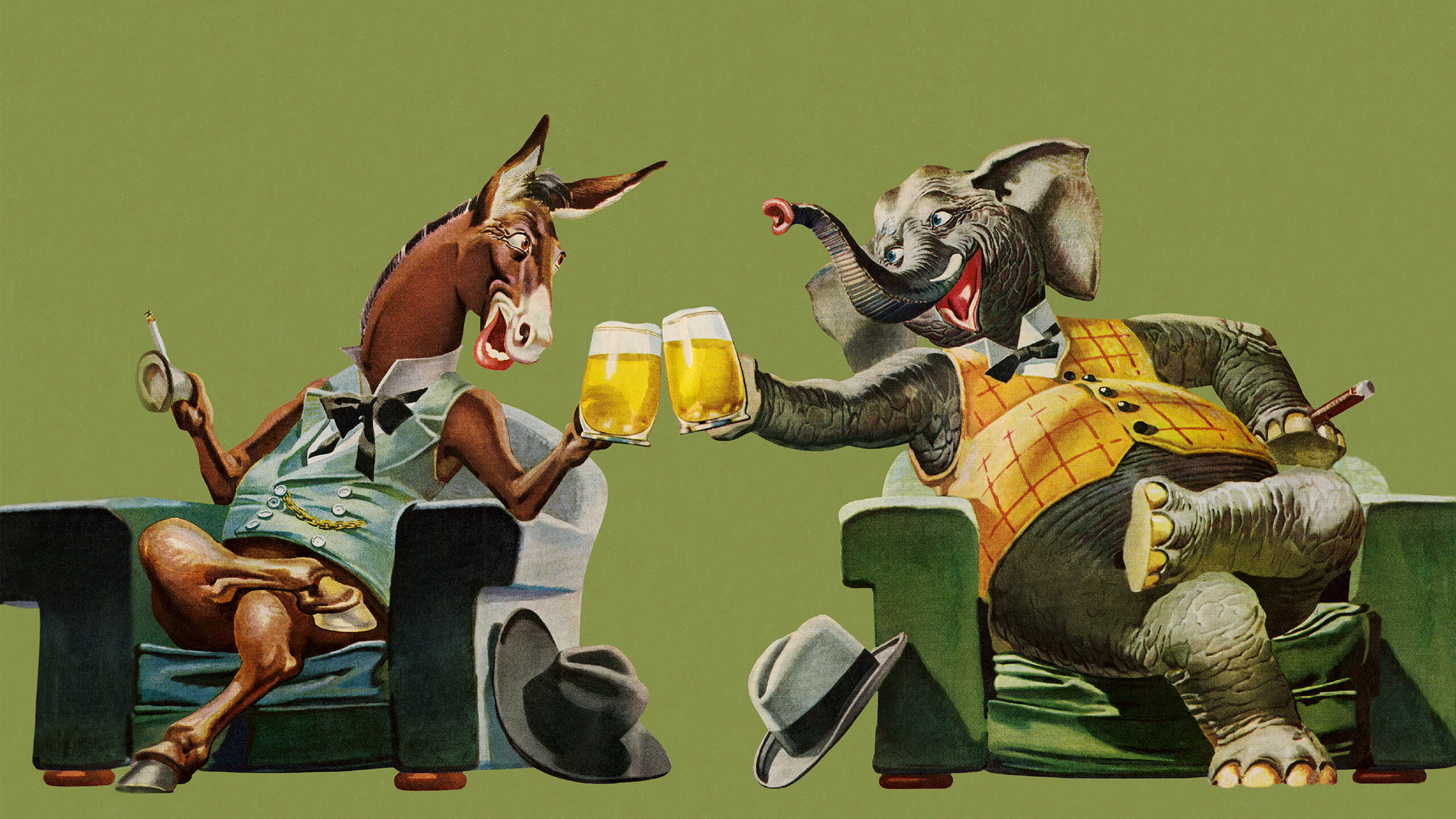 Saving democracy is too important to leave “to nerds like me”

Harvard behavioral scientist Julia Minson says an experiment based on a beer ad shows the power of creative approaches to easing partisan conflict.

Julia Minson, a decision scientist at Harvard Kennedy School, has built her scholarly career on studying ways to reduce conflict between people who disagree with each other. She worries that partisan conflict now poses a growing threat to political life in the United States and beyond.

That’s why Minson, an associate professor of public policy, was in a virtual room recently with hundreds of other social scientists and practitioners similarly interested in ways to reduce partisan animosity. Some of them were authors of the more than 250 proposals submitted to Stanford University’s Strengthening Democracy Challenge—a competition to select the most promising democracy-strengthening ideas and then test them with a pool of 32,000 participants.

The submission from Minson and three researchers from Bowdoin College— Daniel Stone, David Francis, and Michael Franz—came in first; it scored the greatest impact in reducing partisan animosity among the 25 finalists. Their idea wasn’t some intricate peer-reviewed academic experiment. Rather, it relied on a feel-good beer commercial.

And for Minson, that carried a lesson.

“Let’s try to sell democracy,” she told the Stanford conference. She challenged the academics to take some of the animosity-reducing experiments submitted to the Stanford competition “and figure out how we can make them into commercials and into Hollywood blockbusters and into viral memes and into really popular video games, right?”

She asked her research comrades: “Where’s the next pro-democracy Wordle?”

The Stanford challenge divided its participants into a control group of 1,000 and then 25 more sets of people to experience each intervention. The terms of the challenge were strict—the experiments had to take no more than eight minutes for participants to complete online, for one thing. The Challenge then measured the participants’ views to detect changes in partisan animosity, endorsement of political violence, and anti-democratic attitudes. It turned out the latter two were harder to shift (and probably more rare). But most of the experiments did reduce partisan animosity—and none did so as much as the intervention built on watching the beer ad.

The long-form Heineken ad (produced in England for the Dutch brewing giant) shows three groups of two people with totally opposite politics and lifestyles—a transgender woman and a straight conservative male, a climate change denier and a climate activist, and a feminist woman and an anti-feminist man—and films them working together on a simple team-building construction project. They talk through their differences and get to know each other as they work, finding some common ground as they do. What they are building, it turns out, is a bar—on which they agree to share a beer and clink bottles at the end.

Minson has worked with her Bowdoin colleagues for years on finding ways to reduce polarization, including through a project called “Media Trades.” That free tool allows people to trade articles and other media with people who hold opposing political views. When they learned of the Strengthening Democracy Challenge, the scholars thought the media trades project could be the basis for a good experiment. 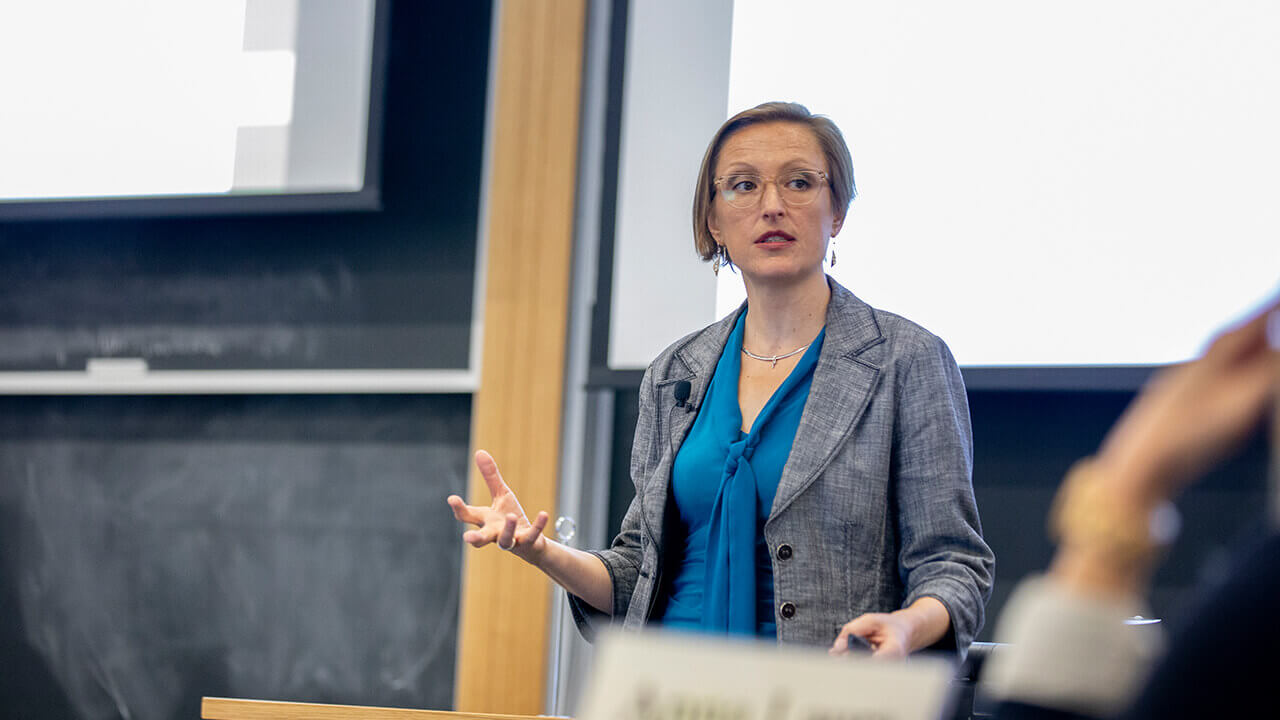 “The question is, can we sell democracy the way we sell shoes and beer?”

The intervention they proposed simply asked participants to watch the ad. Before watching, they were told that if they answered questions correctly about the video, they would get to choose an article or video to share with someone from the other party. Then they completed the same survey as all the other participants to measure political attitudes.

Minson credits Dan Stone at Bowdoin with proposing to use the Heineken ad—which had proved to be one of the most popular pieces of media on the Bowdoin-based Media Trades platform.

Stone told a Bowdoin interviewer: “We wanted to enter an intervention based on Media Trades, and wanted to share a piece of media content that we thought would show that people with different political opinions aren’t as bad as we think."

A separate experiment Minson helped develop was also among the 25 finalists, but it was more of a traditional social science approach. It involved testing the premise that if you feel people are willing to learn about your point of view, you will feel less partisan animosity toward them, even if you know you disagree with them politically.

In an experiment applying that approach, her research team found that it reversed the animosity that Democrats and Republicans feel toward each other. “We thought: ‘We’ve solved America!’” Minson said with a laugh. She and three other researchers, doctoral student Hanne Collins and Professor Francesca Gino at Harvard Business School and Charles Dorison PhD 2020, a post-doctoral fellow at the Kennedy School, recently published the findings underlying that project in an article in Psychological Science.

Minson explained in an interview that behavioral psychologists have long argued that when people are more curious about others—and don’t just take an advocacy view in an interaction—then conflict can be reduced. For the Democracy Challenge, Minson and her colleagues tested a further hypothesis: “What determines my experience of how this conflict is going, and what ultimately determines my behavior, is what I think you are doing…. And so the insight of the paper is that it’s not so much about what you think in your own head, it’s about what you believe your counterpart’s goals are.”

The experiment the team designed based on that idea came in ninth place out of 25 in reducing partisan animosity. But Minson acknowledges that it hard to apply this complex approach at scale in the real world.

And for Minson, scale is key: finding ways for these scientifically tested ideas to reach and affect many people. And who does that kind of outreach more effectively than advertisers?

She noted that “billionaires are pouring funds into interventions to stop partisan animosity in the U.S., the Middle East, and now Russia and Ukraine. Let’s take that money to fund research. And then make sure the researchers work with people who can implement their interventions and make it beautiful and viral and actually impact the world.”

While top researchers work on shoestring budgets and sometimes without much artistic vision, “there are people in the world who have massive budgets, who are very creative, and who are good at making us do things that their employers want us to do. And those people are called advertisers,” she said. “So, the question is, can we sell democracy the way we sell shoes and beer? Those two groups—advertisers and researchers—need to come together.”

“What I would love to see is Nike and Pepsi and Apple throwing some major advertising dollars, some celebrity talent, and some big-time creativity toward that problem, right?” Minson told the Stanford conference. “Let’s not leave saving democracy to nerds like me.”