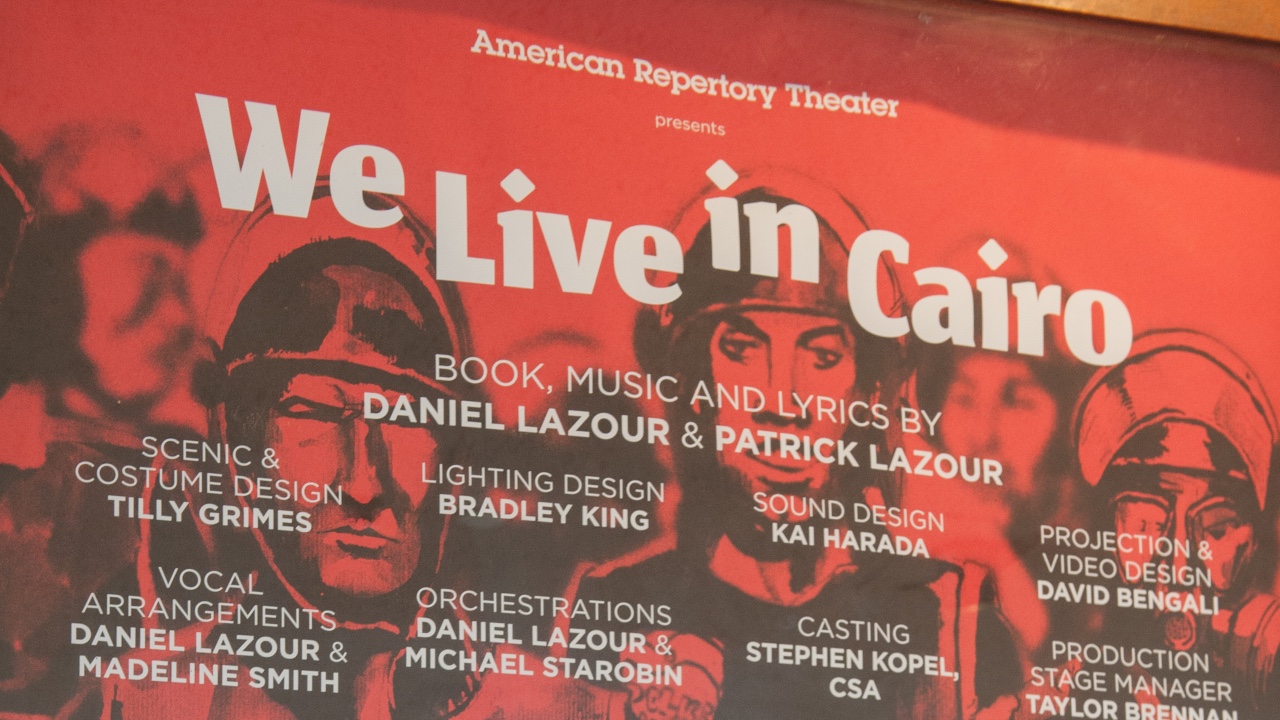 The HKS professor’s latest collaboration found him not in a classroom but working with the writers and directors of We Live in Cairo, a musical.

INTERDISCIPLINARY COLLABORATION across Harvard usually takes the form of co-authored papers or jointly chaired conferences. Tarek Masoud’s latest collaboration found him not in a classroom but working with the writers and directors of We Live in Cairo, a musical set during the 2011 protests in Cairo’s Tahrir Square and the tumultuous years that followed in Egypt. The show had its premiere in May 2019 at Harvard’s American Repertory Theater.

For Masoud, professor of public policy and the Sultan of Oman Professor of International Relations at Harvard Kennedy School, the opportunity to apply his scholarly knowledge of the Arab Spring and democratization in the Middle East to the production was irresistible. “As academics, we speak in disciplinary language to disciplinary audiences,” he says. “The arts are completely different in that they are meant to appeal broadly. A work of art about the Egyptian revolution can get people to care about it in a way that pure scholarship never could.” Masoud is also faculty chair of the School’s Middle East Initiative.

Having conducted extensive fieldwork in Egypt, Masoud was well positioned to work with writers Daniel and Patrick Lazour and the director Taibi Magar to ensure that they accurately portrayed the revolution and its idealistic young activists. “Tarek is passionate, patient, and a serious lover of musical theater,” Daniel Lazour says, “so in our spirited conversations, which could go on for hours, he paid close attention to how our six characters would intersect with complex political situations and historical events.”

For Masoud, We Live in Cairo demonstrates the depth and durability of the democratic yearnings that young people in Egypt and in the Arab world feel. Even as Egypt has retreated toward authoritarianism, says Masoud, “the desires and passions that created that dramatic revolution still exist, and they remain unfulfilled.” According to him, “Many around the world have come to view the so-called Arab Spring as a failure and have written off the prospects for Arab democracy. We Live in Cairo reminds us that the Arab Spring was a process, that it is still ongoing, and that the people who sparked it are not going away.”