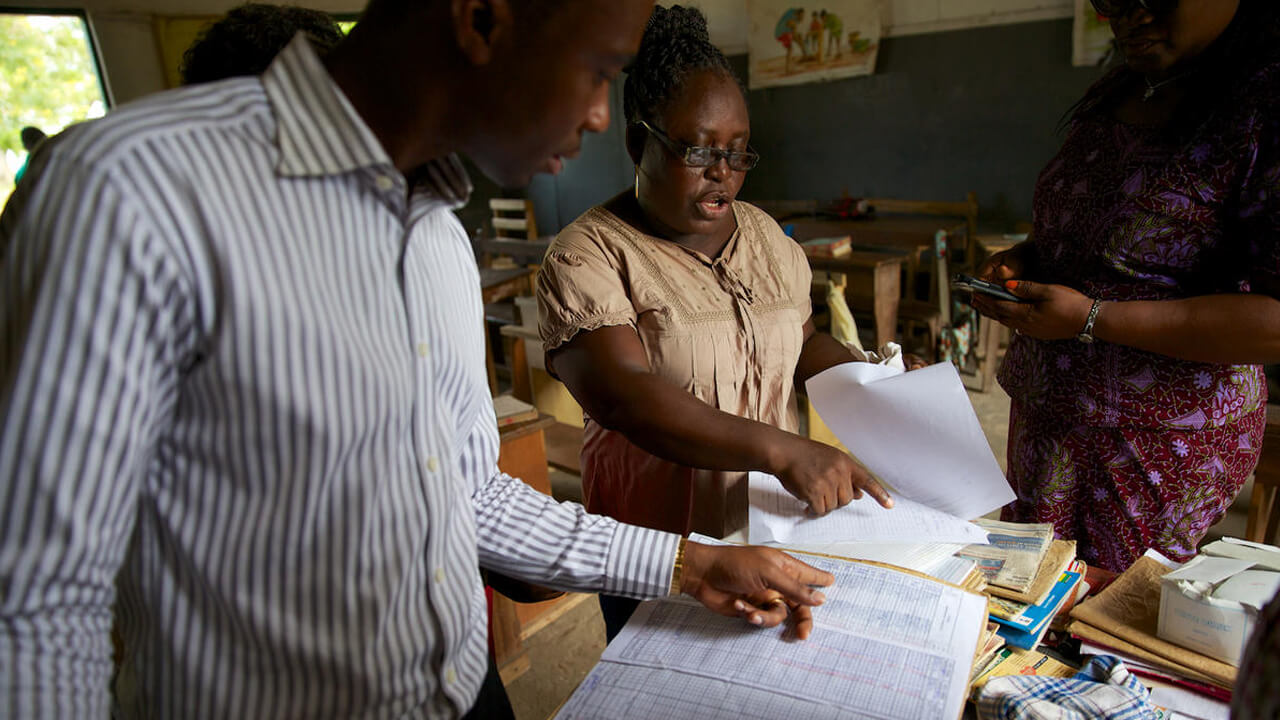 Raising few taxes on low incomes leaves developing countries in a bind. Research into the use of new tools as well as taxpayer attitudes is helping to find possible solutions.

Tax Day in the United States is for many an unpleasant reminder of that large chunk of money they contribute to coffers in Washington (and city halls, state capitols, etc.). But, despite the eternal complaints, developed countries have a fairly efficient way of collecting revenue and then deploying those resources in the interest of their citizens. That isn’t the case everywhere. Anders Jensen, associate professor of public policy and faculty affiliate of Evidence for Policy Design, is trying to address a two-part problem common to the countries where many of the world’s poorest people live. On what economists call the supply side, developing countries have little tax capacity (on average they collect only about 14 percent of GDP, compared to developed countries’ 35 percent take according to OECD calculations); and on the demand side, the low quality of the services the states provide leads to citizens’ unwillingness to pay taxes. Jensen’s work in Africa, where he is collaborating with national and local governments and conducting broad surveys among the populations, is showing promising ways of addressing these problems. We asked Jensen about his work, attitudes to taxes in the developed and the developing world, and whether anybody has found a way to make citizens feel good about paying them.

Q: How are you addressing the state’s capacity to raise taxes more efficiently?

My coauthors and I have been working with Ghana’s ministries of finance and local government on new technologies that can help with property tax collection. The property tax represents the source of local funding with the highest revenue potential, but we found that most local governments are constrained in their ability to collect it. This is in part because they don’t have access to information and base their property taxation on registries that are 20 years old and contain literally one twentieth of the properties actually in the district.

So, together with our two government ministries, we’ve partnered up with a local technology company that has invested in digitizing all properties in Ghana by going out into the field and painstakingly taking notes of where houses are located. In an evaluation, we’re seeing whether this investment in technology on the supply side can relieve an important constraint and allow local governments to raise more revenues—and do so in way that is cost-effective to the government and fair to the people.

The evaluation is underway, but my gut feeling is that our intervention will have a pretty big impact, because there’s been a real effort to “wire” the new technology into the existing computer systems.

Q: Has your research given you new insights into how taxation in developing countries affects the poorest citizens?

In general, it is an accepted fact that consumption taxes, on things such as food or clothes, are regressive, meaning they tax the poor at a higher rate than the rich. The reasoning is that poorer households spend a larger part of their income on those goods and therefore the tax rate on consumption is going to be higher as a share of their total income than for richer households. But our research is overturning the current wisdom.

If you think about where people shop, some people shop in large supermarkets and others in stands on the corner that get taken down at night. Those informal stores often don’t pay much in taxes because they evade or they’re exempt. With data from over 30 countries, we’ve been able to see where people shop and what percentage of their budget goes to informal versus formal stores, and then relate that to the wealth of the household.

Rich people buy more of their goods in stores where they pay taxes on them. And poor households basically don’t bear any of the burden of a consumption tax because they’re buying all their goods in stores where taxes aren’t levied in the first place. They may pay lower prices—or if you try to sum up the taxes they pay as a share of total income, the tax rate is much lower. Due to the existence of informal consumption, consumption taxes are a much better redistributive tool than previously thought.

Evidence from the United States shows that priming people about the social benefits of paying taxes does not lead to significantly higher amounts of taxes paid. In 1995, the Minnesota Department of Revenue conducted an experiment where they sent 20,000 taxpayers letters that described how income tax dollars were allocated state services, and emphasized that when taxpayers do not pay what they owe, the entire community suffers. But the researchers found no significant difference in tax compliance between that group and a control group. Other studies in other countries have had mixed results, and there’s no real evidence that you can easily inspire willingness to pay taxes on moral grounds.

An interesting approach is to show how taxes address inequality, since this seems to be an increasingly important issue. A 2015 study analyzed online surveys from the United States that gave people information on inequality in America, as well as the links between inequality and taxes as a means of redistribution of wealth. They found that such information can increase people’s concerns about inequality being an issue, but it only weakly increases demand for greater government intervention to curb inequality. The study suggests that this is because individuals in the United States have low trust in government and its ability to meaningfully reduce inequality. An exception was the estate tax: when you tell survey respondents how few people pay inheritance taxes, support for that type of taxation doubles.

Q: How strong is the connection in the mind of the average developing country taxpayer between what they pay to the state and the services they get in return?

We don’t know, and that’s what I’d like to find out. On the one hand, the constrained capacity of tax authorities in developing countries would suggest that citizens are just as likely to want less government intervention. On the other hand, the potentially high returns to investment in public goods, in addition to the alarmingly high levels of inequality, could stimulate demand for higher levels of progressive taxation.

One project that I’m excited about is to ask these questions about taxation across the developing world. Would a respondent in Ghana have the same reaction to inequality as a respondent in Pakistan? And once they’ve been made aware of inequality, what would they say about the government’s role in curbing it?

Providing information and other potential ways to stimulate demand are potentially more cost-effective than the supply-side interventions. Increasing the capacity of the Ghanaian government to be able to observe what’s going on in the economy, and using that as a basis to raise the compliance rate—that’s potentially effective, but also pretty costly. But sharing information with taxpayers can be inexpensive.