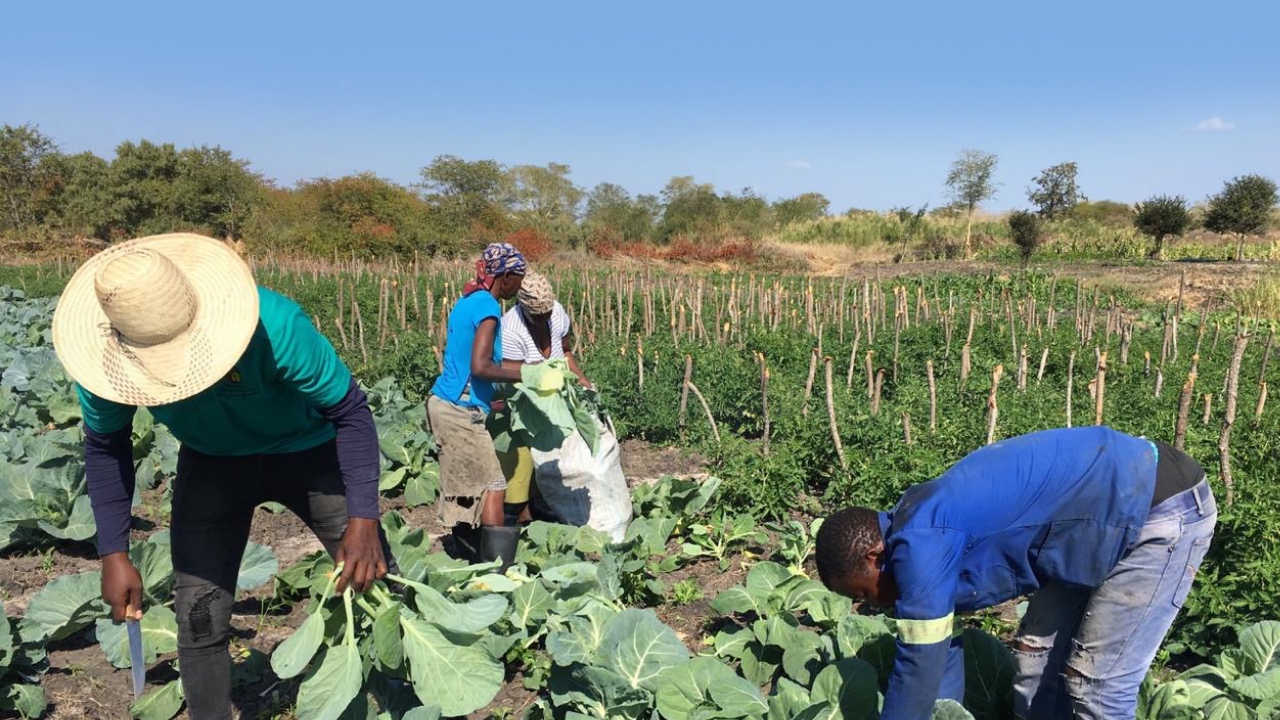 CARA MYERS MPA/ID 2018 SAYS THAT A TRUISM from her Harvard Kennedy School education, which she has field-tested in the rural schools and farmsteads of southern Mozambique, is that your solution to a problem could be the right one—and still go wrong.

“You can be technically correct, but that doesn’t matter if you don’t have the right institutions and the right management to make something happen,” says Myers, the founder of the Mozambique School Lunch Initiative, a nonprofit that feeds 1,200 children daily with the aim of keeping them both nourished and in school. “That has really been true to my experience.”

Much of her current approach to partnering with rural communities in Mozambique to alleviate childhood malnutrition, she says, comes from courses with Matt Andrews, Edward S. Mason Senior Lecturer in International Development and director of the Building State Capabilities program, including “Getting Things Done: Management in a Development Context” (MLD-102) and ”Problem-Driven Interactive Adaptation in Action” (MLD-103M). “I think it’s being able to take more of an ecosystem perspective, and really trying to think about what actually leads to impact, not just an outcome,” she says. “You know: What are you really trying to solve?”

“It’s not just the technical knowledge of how much fertilizer you need to apply. It’s more about how do you get people to work together? How do you sustain change?” 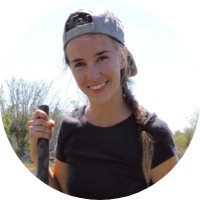 In Mozambique that has meant linking two problems—childhood hunger and farmers’ income—and their solutions in a holistic way to give the program more long-term sustainability with locally sourced food. The initiative has collaborated with farmers on everything from modernizing their methods to irrigation equipment to working collective fields instead of individual plots.

“It’s not just the technical knowledge of how much fertilizer you need to apply,” Myers says. “It’s more about how do you get people to work together? How do you sustain change? And that is much more complicated. We’re building capability.”

When the program started, in 2016, southern Mozambique was experiencing a severe drought. “Even if we wanted to buy from local farmers, there was nothing available,” Myers says. Since then, the initiative has built up a supply chain of nearly 50 local farmers with 25 acres under cultivation, raising sweet potatoes, beans, onions, kale, tomatoes, cabbage, and even chickens. The farmers sell a portion of their production to the school lunch program, providing high-quality fresh food and earning money for their families. “Last year we doubled farmer income—that’s transformational change,” Myers says.

The Mozambique School Lunch Initiative won the 2018 Harvard President’s Innovation Challenge Crowd’s Choice Award and was a finalist team in the 2017 New Venture Competition at Harvard Business School in the Social Enterprise track. But when Myers started out, she had no intention of creating a significant program that would still be around four years later. In fact, she says, her road to Mozambique was “a bit random.”

It started when Myers was a sophomore at Middlebury College and decided to take a one-year intensive course in Portuguese for Spanish-speakers. She had always loved studying languages, she says, and thought that “this was a great deal to basically become fluent in another language in just two semesters.” As an international politics and economics major, she was interested in working for a global organization after graduation; thanks to her facility with Portuguese, she got an opportunity in Mozambique with Samaritan’s Purse, an international relief and development organization.

She worked in Mozambique in 2013 and then went to work for Innovations for Poverty Action in Kenya, where she first encountered Harvard’s international development efforts, meeting the economist and soon-to-be Nobel Prize winner Michael Kramer on a project. Throughout that time, she remained connected with several former colleagues in Mozambique, especially Talvina Ualane and Roberto Mutisse.

During the 2015–2016 drought in Mozambique, Ualane and Mutisse alerted her to the severity of the crisis and how heightened food insecurity was causing kids to drop out of school. The situation was getting so bad that the three decided they should try to do something to help. “It was originally intended as a one-month project … it wasn’t my idea to have this five-year plan,” Myers says. “It was more like just trying to meet this pressing need and see if it would work.

They started serving midday meals to students in three schools. Almost immediately, attendance increased, not only at those schools but among students from another one more than five miles away. It was clear, Myers says, that they had found a significant need they could serve.

When the drought finally ended, in 2017, a new opportunity arose: Local farmers wanted to get involved selling crops to the school lunch program. However, most of these smallholders were producing at only a subsistence level and didn’t have the resources to increase production so that they would have a surplus to sell. After group meetings in each of the communities, Myers and her team decided to launch the Seed Support program, whereby local farmer groups would receive agricultural inputs, including seeds, to increase their production. Today, more than half of the school lunch program’s food is procured locally from those groups.

Myers says that this part of their model is key to tackling the root causes of child malnutrition in rural Mozambique. Because the lunch program is a reliable buyer, farmers can invest more in their farms and earn more income. That increases the productivity of local agricultural systems and reduces poverty—essential steps for sustainable development.

Myers now employs numerous skills she learned at HKS, including data-driven analysis and working with market dynamics. Her year as an Adrian Cheng Fellow at the Social Innovation and Change Initiative at HKS also helped her develop a better understanding of systems-level change and the various stakeholders involved in the process. She stays in regular contact with classmates and mentors, including Michael Woolcock, an adjunct lecturer, and Matt Andrews.

Andrews had an early sense that Myers would apply her HKS education in a significant way, he says. “You could see that she was consuming every class and feeding off her classmates, always thinking of the fields in which she would sow her new seeds of knowledge. She also insisted on bringing a practical view on everything into class, and often helped ground the discussions everyone was having in reality.”

Andrews has worked in Mozambique himself. He says he was intrigued—but not surprised—that Myers would focus her efforts there. “It’s far away and a hard place to work, so it was clear that Cara was not looking for easy,” he says. “I know that this is what makes her a great social entrepreneur: She is humble, hardworking, and focused on building real capability in the world. She really was the student that every professor wants the privilege to teach.”

Working in difficult places like Mozambique has become even more complicated because of the COVID-19 pandemic. Myers says the disease has not hit the region hard because the population is largely rural and well dispersed, but there is fear of a spillover from neighboring South Africa, which has been significantly affected.

Since the pandemic began, the Mozambique School Lunch Initiative has had to adapt to new realities on the ground. Schools are temporarily closed, so the program is providing monthly take-home food rations to vulnerable students while continuing to work with local farmers with enhanced safety precautions. Although Myers has been unable to travel physically to Mozambique, she is in constant contact with Ualane and Mutisse.

Since graduating from HKS, Myers has also worked as a consultant for the World Bank, focusing on the constraints on growth in rural Mozambique. “It’s interesting to work from that macro-level perspective as well,” she says, “while still working on the survival of our team and making sure everyone still cooks and is still paid and that they are taking care of the most vulnerable kids.”