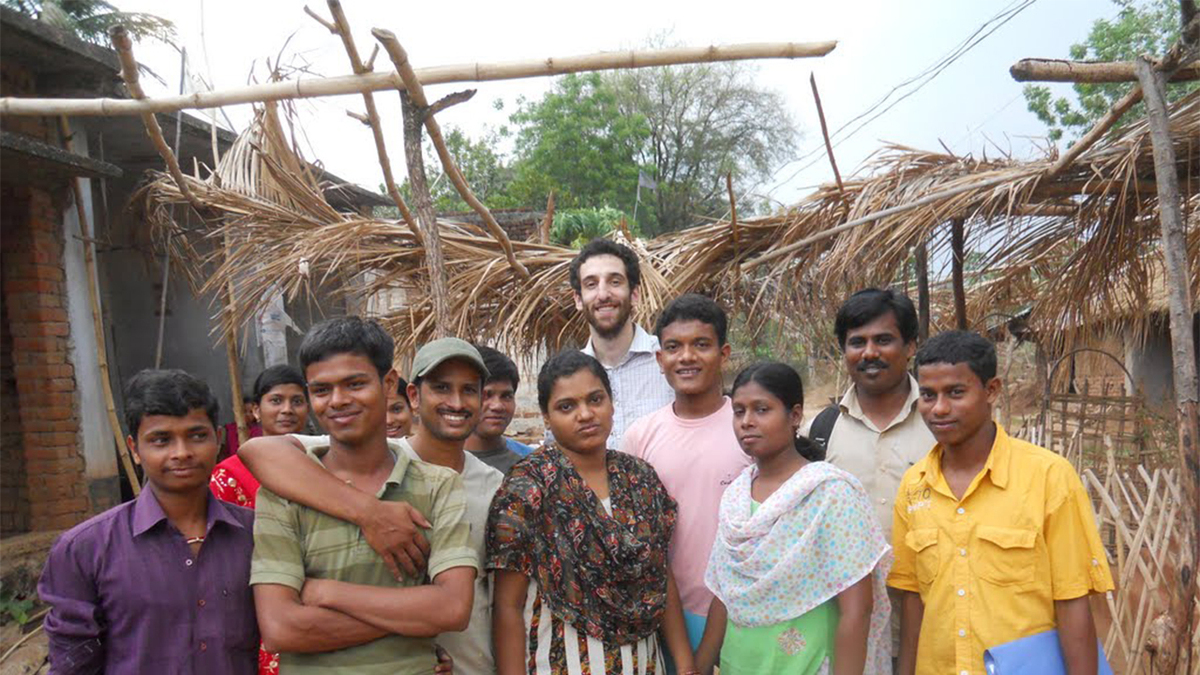 Development economists get training at the intersection of research and practice

Poverty is a daunting obstacle around the world, but it can be chipped at bit by bit. A girl will have a better chance of escaping poverty if the quality of education she receives is higher. A woman will have more economic mobility if she acquires a marketable skill. Families will become less poor if the bag of rice that the government promises actually reaches them.

Making these incremental improvements often involves long-term collaboration between researchers and policymakers, which is why Evidence for Policy Design (EPoD) at Harvard Kennedy School’s Center for International Development (CID) works with governments and other policy actors through close, long-term research-policy engagements that design, test, and enable better policy in developing countries.

To support greater collaboration between researchers and governments tackling policy problems, EPoD has trained and built up a network of development experts for over a decade. The program brings early-career development economists to Harvard Kennedy School to work with HKS faculty on research engagements. Susanna Berkouwer, now an assistant professor at the Wharton School of the University of Pennsylvania, recalls their experience as an EPoD research fellow from 2013 to 2014:

Working with Professors Rema Hanna and Rohini Pande provided me with the opportunity to go behind the scenes and learn about development projects in a way that isn’t possible in the classroom. I learned how to think about a research idea and identify policy counterparts for the engagement. I learned how to analyze data and explore important patterns that could inform policy. I remember sitting with Rema and talking through the system for analyzing incoming data and figuring out how to produce graphs to form the story.

Like Berkouwer, Yusuf Neggers also got a lot out of the fellowship. Neggers, an assistant professor at the University of Michigan, is still working on a field experiment that started during this tenure at EPoD—alongside co-authors Charity Moore, Eric Dodge, and Rohini Pande (EPoD co-founder and a former Kennedy School professor). Neggers is working in two states in India to test whether providing bureaucrats access to a mobile-phone-based management and monitoring platform can reduce delays in processing workers’ pay.

“Mentoring the next generation of researchers is one of the most fulfilling aspects of a faculty’s career and is one of the cornerstones of EPoD’s work.”

Sam Stolper, now an assistant professor at the University of Michigan, used his EPoD fellowship to work on environmentally focused projects. One of Stolper’s highlights at EPoD was his two-month trip to India where he helped manage the data collection for a randomized controlled trial focused on cooking stoves and indoor air pollution. He says:

The whole trip to India was a memorable experience, and observing the field work and interacting with participating households was very grounding. I got to see first-hand how the field is different from the lab. And I got to meet the communities in which we were working— in a very different part of the world from what I was used to. Those experiences have stayed with me as an instructor and researcher.

Since 2008, EPoD has mentored over 120 research fellows, many who went on to graduate from top-tier PhD programs, often continuing to explore research questions started during their EPoD fellowship. “Mentoring the next generation of researchers is one of the most fulfilling aspects of a faculty’s career and is one of the cornerstones of EPoD’s work. We want to encourage a broader dialogue between policy and economics and see that happening globally at an individual level,” says EPoD Faculty Director Rema Hanna.

Christina Brown, who was an EPoD fellow from 2014 to 2015, graduated from UC Berkeley last month and will join the faculty at the University of Chicago in 2023, after a two-year postdoctoral research position at their Becker Friedman Institute of Economics. Her current research focuses on understanding how different personnel practices, like wages, incentives and monitoring affect worker productivity, especially in the teaching sector.

Brown says, “I hope that I bring some of the lessons I learned at EPoD into my research team management. So much of development research now is a result of really big teams, and so as an economist you have to be like a small business owner. Those are skills that really are not taught during the PhD, so I’m very glad I was exposed to it prior.”

Over the last year, COVID-19 posed some challenges to work in the field, but the research nevertheless continued. Khwaja, the Sumitomo-FASID Professor of International Finance and Development, says, “The COVID-19 crisis has emphasized how critical data is for making decisions in response to shocks brought on by the crisis. We’ve had to look at data differently since COVID, and to look at who is being excluded from the data. We’ve had to look at new ways to obtain data and new methodologies for using soft data to find newly vulnerable populations.”

EPoD looks forward to welcoming seven new research fellows to its program this year and building up the network of future fellows globally. “Part of my goal is to continue broadening our network of young scholars in regions that are underrepresented in PhD programs,” says Hanna, who is also the Jeffrey Cheah Professor of South-East Asia Studies. “For example, despite being 8.6 percent of the world’s population, only three percent of U.S. graduate students come from Southeast Asia. We hope to make the opportunity more accessible globally.”

Mentoring these young scholars to create evidence and collaborate with policy counterparts, EPoD’s team believes, will better prepare governments in developing countries to respond to global shocks such as COVID-19 and climate change.