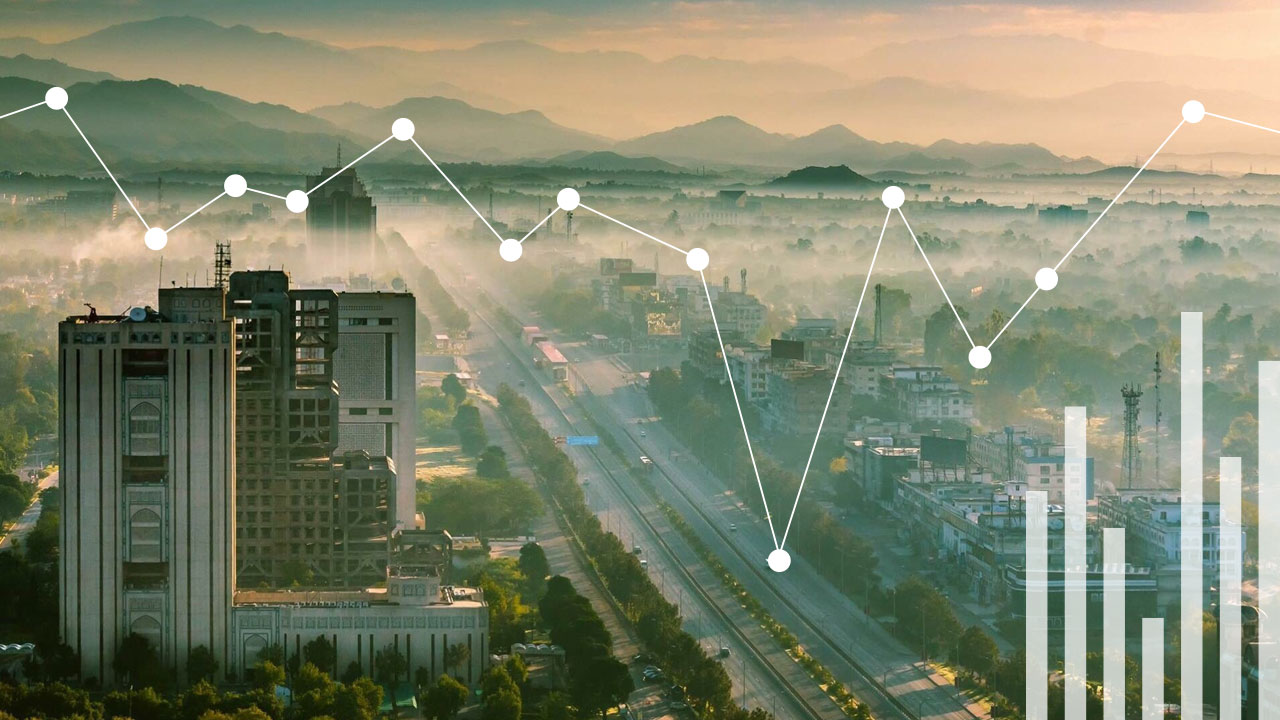 THE RESULTS AREN’T IN YET from Asim Ijaz Khwaja’s policy experiment in Pakistan’s Punjab province, but the signs are encouraging. The idea is to enhance local tax collections by seeing whether taxpayers will be more willing to pay if they have more say in how the money is spent.

“We were talking with a senior bureaucrat of the Punjab government who has been supportive of the project—he acknowledged his uncle was one of the reasons,” says Khwaja, the Sumitomo-FASID Professor of International Finance and Development at Harvard Kennedy School. It turns out that the official’s uncle lived in the experiment area and had gone to his nephew to say how pleasantly surprised he was.

“The uncle said, ‘They're actually going to deliver something that I asked for!’” Khwaja says. Khwaja and a team from Evidence for Policy Design (EPoD), MIT , and the London School of Economics want to see if they can build up the credibility of a classically low-credibility group: local tax collectors. On paper, Khwaja says, 70 percent of taxes in Punjab are supposed to go to local projects and services. “But no one really believes that.”

“We said, 'What if we have the same guy, while dropping off your tax bill, also collect your preferences for how your money is spent?'” he says. “That’s a very different conversation.” The team is also placing labels that say, “Paid for by your taxes” on projects as small as individual streetlights, so that people will make the connection.

Khwaja says it is the first randomized controlled study of the relationship between public service delivery and tax collection. Research shows that as few as 15 percent of people pay income tax in developing and newly developed countries. While enhanced revenue collection might seem a counterintuitive way to alleviate poverty, it’s indicative of an evolution in how development economists are approaching the issue.

In a major shift in world poverty, the largest numbers of the poorest people aren’t in the poorest countries anymore; instead they make up the socioeconomic underclasses in nations that have recently achieved middle-income status.

That means the most effective way to help those people, according to Center for International Development (CID) researchers at EPOD and the Building State Capability (BSC) program, is engaging with national, state, and local officials. Much groundbreaking work continues to be done in understanding how to help jump-start and grow fledgling economies. But helping build a capability to deliver basic services—education, public health, transportation—and helping train different kinds of public leaders are increasingly being viewed as among the most sustainable and cost-effective ways to help lift people out of poverty.

Can You Help Us?

In 2013, government officials in the small Balkan country of Albania were struggling with a lack of foreign exchange and a national unemployment rate hovering around 18 percent. A major economic problem was an underperforming textile and footwear manufacturing sector. The industry Albanians call “fason” is a huge contributor to the country’s developing economy and a major employer, especially for women.

“So the government said, ‘Can you help us?’” says Matt Andrews, Edward S. Mason Senior Lecturer in International Development and faculty director of the BSC program.

Bashkim Sykja, director of the Competitiveness Policy Department for the Albanian Ministry of Economy, Trade, and Energy, says before BSC’s involvement, civil servants weren’t talking to one other, support services weren’t getting from government ministries to garment manufacturers, and critical data wasn’t being shared.

“We needed to follow a very bureaucratic process, trying to address a very formal letter to the relevant minister,” Sykja says. “And then from this minister the letter must go to the right department in that ministry. Then we could get the information. Or not.”

When only one person changes, you can’t change your monstrous organization. Sustainable change requires collective and synchronous learning.

Enter BSC and its Problem Driven Iterative Adaptation (PDIA) methodology. Andrews, who worked in government in South Africa and at the World Bank before coming to the Kennedy School, says he had always been frustrated with what he saw as a disconnect between training and actual government practice at the street level.

“Training was this book-learning stuff,” Andrews says. “It left a huge gap between what government employees were being asked to do and how they could realistically operate.”

PDIA, by contrast, is an intensive process of bringing teams of officials and stakeholders to identify complex problems and then break those problems down into smaller and smaller component problems, Andrews says, often using Ishikawa, or “fishbone,” diagrams. Instead of coming up with one grand plan, the group takes intermittent breaks to tackle those smaller problems and then comes back to reflect, learn, share results, and iterate new solutions.

“Local officials often feel powerless to address the big problem, but they can address the small components, and do address them,” Andrews says. PDIA, he says, “puts confidence into the whole system. Everyone starts to say, ‘We can do this.’”

BSC has worked in numerous sectors in Albania, but in the case of the fashion industry it put together a team of government officials, interviewed 400 companies about why the sector was underperforming, came up with a list of 52 distinct problems, and worked through them in seven months.

Government officials and industry people are now communicating more informally and routinely. Jobs and exports in textiles and footwear, meanwhile, have blossomed. Sykja says that from 2013 to 2017, the value of exports from the fashion sector rose from €495 million to €875 million. Over the same period, fashion goods grew from 28 percent of Albania’s total exports to 44 percent. Overall, Albania’s unemployment rate has dropped by a third, down to 12 percent in 2018.

“We did it, and we succeeded,” Sykja says.

BSC Director Salimah Samji says the program worked directly with 417 government officials in 12 countries in addition to Albania, and has also trained 1,112 development practitioners in 86 countries using BSC's practical PDIA online course. It’s always a team of people, working together intensively over a period of months. “We look to change systems,” Samji says. “When only one person changes, you can’t change your big bureaucratic organization. Sustainable change requires collective and synchronous learning.”

Another key part of the work, she says, is breaking the narrative that government workers aren’t successful because they’re lazy, or corrupt, or just unmotivated to do their jobs. Although corruption is certainly a reality, officials just as often fall into what researchers call “capability traps.”

Local officials often feel powerless to address the big problem, but they can address the small components ... everyone starts to say: ‘We can do this.’

“We meet people who care about their government but who are basically stuck,” Samji says. “They can’t use Excel, for example, yet people are dumping management information systems on them.”

EPOD faculty and staff, meanwhile, are focusing on capacity-building and encouraging local officials to—as EPOD's name states—embrace the use of evidence and data in their decision making in order to craft more-effective policies.

In Indonesia, government officials wanted to improve the efficiency of the country’s largest anti-poverty scheme: a food program in which every month low-income families are entitled to 15 kilograms of rice at a subsidized rate equal to about one-fifth the retail price. In 2012, statistics showed that eligible recipients were getting only about one-third of their allotment of subsidized rice. And although 79 percent of low-income households were getting some rice, they were paying 40 percent more than they were supposed to on average.

So EPOD co-director Rema Hanna, Jeffrey Cheah Professor of South-East Asia Studies, worked with the Indonesian government and researchers at MIT to test a simple plan: giving recipient families a card describing exactly what benefits they were entitled to under the program, including the correct amount and price of rice.

The plan was so simple that Hanna didn’t expect it to work. Everyone knew about the subsidized rice program, and its rules “hadn’t changed in 20 years,” she says. Then Hanna saw that some villagers’ cards had ended up back in Jakarta, while others were stuck in the offices of local officials.

But the study showed something remarkable. Most of the cards did get through. And in the villages where people got them, there was a 26 percent increase in the amount of rice subsidy that reached eligible people. The evidence showed that empowering people with information they could trust made them more effective self-advocates.

“It’s being able to give people the tools so they can empower themselves,” Hanna says. “I guess I was too cynical before.”

EPOD also works to train policymakers in the use of evidence. In India, Thulasi Maddineni says she would like to use her EPOD training to address the problem of teacher absenteeism and education in rural villages, where 65 percent of the country’s population lives.

“If teachers come, then the learning happens ... but sometimes the teachers don’t show up,” says Maddineni, a former deputy director of the Lal Bahadur Shastri National Academy of Administration who is currently earning a master’s degree in the United States and will become the head of a government department in her home state of Karnataka when she returns.

The problem is a complex one, she says. A lack of public transportation makes it hard for teachers to reach their posts, and parents in local villages lack the political clout to demand better schooling. Teaching jobs are often doled out to supporters by influential local politicians, and when it’s time for a teacher to do political work on behalf of a patron, the schoolhouse is empty, she says.

Maddineni would like to apply her training to perhaps testing an incentive scheme whereby teacher salaries and advancement are linked to student performance. Evidence-based policy design, she says, “has to become a habit” for government officials like her to succeed.

If a critical mass of policymakers develop the evidence habit, that may lead to large-scale change. That is why, says EPOD's Senior Training Manager Charlotte Tuminelli, EPOD is working to build up a team of local trainers. Over 3,900 civil servants in South Asia have completed EPOD's training program, with 2,800 of those taught by local instructors who have been trained in EPOD's teaching methods and content. In its training work, EPOD uses adaptive e-learning programs that can meet local officials at their current levels of knowledge and sophistication.

“I think about what a different world this would be if we had a culture of evidence, the idea that worldwide evidence is routinely available; that we can have better systems, and better availability and use of data,” Tuminelli says. “That is my fondest hope, when I think about our impact and what we can do so governments are better able to serve people.

The Decision Scientist: Kennedy School Professor Jennifer Lerner is teaching the military how to harness the science of judgment and decision making

Honorable Charge: Rye Barcott MPA 2009 has set out to change the political culture in Congress by helping elect veterans