“We can be different without being enemies”: Overcoming polarization in diverse countries | Harvard Kennedy School
Skip to main content 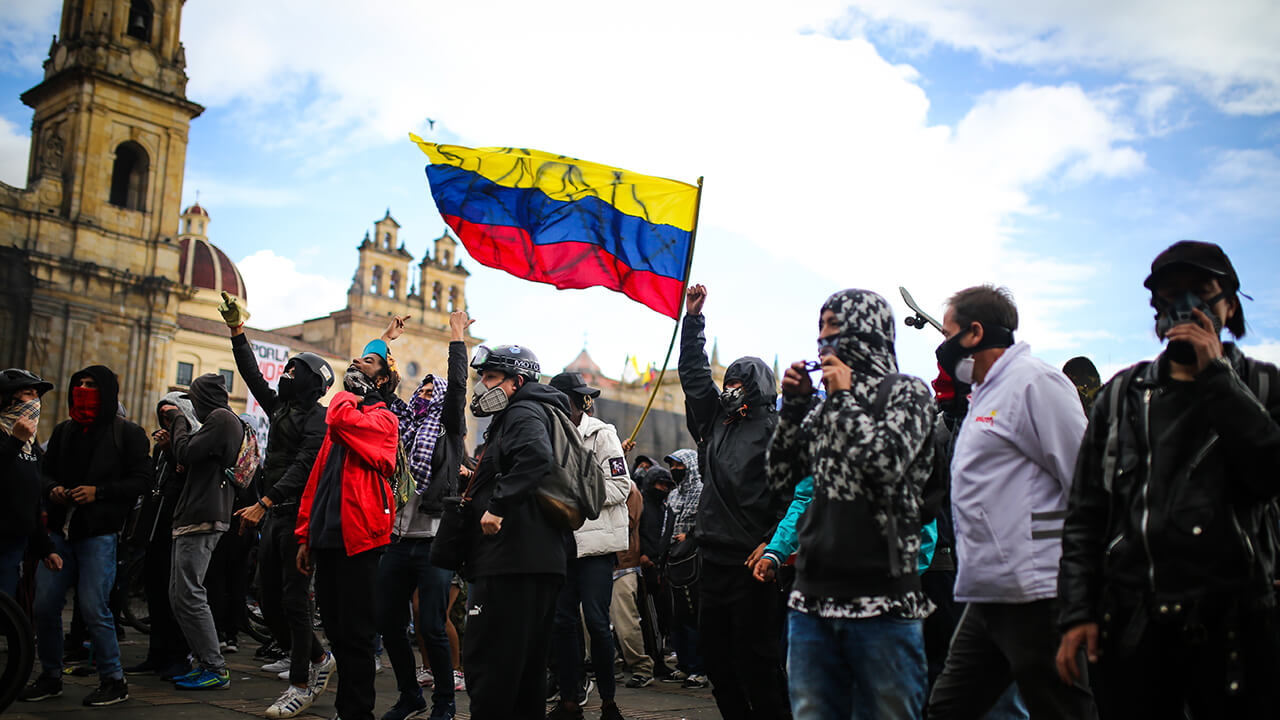 “We can be different without being enemies”: Overcoming polarization in diverse countries

At the Center for International Development’s annual Global Empowerment Meeting, leaders from around the world reflect on how democracy and civil society can resist being pulled apart by the extremes.

At this week’s Global Empowerment Meeting, the annual flagship event offering by Harvard’s Center for International Development, the theme was “Re-encountering Homo Moralis: Making Sense of a Seemingly Irrational World.” Top business leaders, policymakers, and academics engaged around the most cutting-edge work in international development gathered to discuss ideas of polarization, “us and them,” and conflict.

Monday’s opening panel saw public leaders from Colombia, South Africa, Yemen, and Canada draw on their own unique experiences to discuss polarization and conflict. They talked about polarization as a political tool—both in democratic and dictatorial systems—and as a key driver of recent increases in political extremism. A path to overcoming polarization, they argued, can only be carved when the moderate majority binds together—despite their differences—in support of the greater good, as in peace or in opposition to a greater threat such as violence and war.

Moderator Melani Cammett, Dillon Professor of International Affairs at Harvard, framed the discussion by asking the panelists, “What’s one way you’ve seen people overcome polarization or work together to overcome a challenge?” 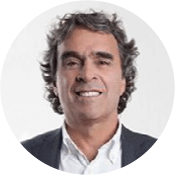 We have had violence over 50 years associated with guerrillas, narcotrafficking, etc. We haven't been able to come together in order to build peace. We have been divided by building peace in our society. That's incredible. So, we are stuck. This is a political problem that requires a political solution. We have to come up with a new way of understanding among us. In the previous years, Colombians were united because we were—as a whole, as a society—being confronted by narcotraffickers, who wanted to destroy all of us, and guerrillas, who wanted to harm all of us. But now the problem is among ourselves. We are in the middle of the political confrontation and it is going to continue. I, as many other people, of course, and I think the majority Colombia, don't belong to the extremes. We don't belong to these extremes, but the loudest voices come from those extremes. The shouting doesn't allow other people to speak. You cannot hear other voices in the middle of that confrontation. So, we have to come up with a new frequency, where we connect to people who believe in that simple phrase that I mentioned before: “We can be different without being enemies.” This is the very essence of democracy, not much more than that. But I think we have to continue and persevere. We have to be exemplary in the way we use language and be patient and disciplined to use our behavior as an example of things that can be done. My claim is: Keep going, don't stop, don't get scared, be peaceful, show that you can handle all these inconveniences, all these aggressions, without getting into their battlefield. And, of course, we have to find a way.

We have to come up with a new frequency, where we connect to people who believe in that simple phrase that I mentioned before: "We can be different without being enemies." This is the very essence of democracy. 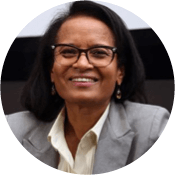 Post the unbanning of the national liberation movements in South Africa in 1990, there was violence that was projected as Black-on-Black violence. There was evidence, presented later, that this was also state-sponsored violence. To deal with that, there was the coming together of major stakeholders in society—civil society, the trade union movement, and others—that led to the setting up of what was called the National Peace Accord. The National Peace Accord was one that had structures from community level right up to national levels in an attempt to look at how best to deal with violence in society at that point in time, because this was deliberately engineered.

The second example is one that's quite global and it was also drew from the Chilean model, which was the Truth and Reconciliation Commission. And the purpose of the Truth and Reconciliation Commission was the opportunity for South Africans to deal with our past, involving all sides. There was an eminent panel led by Bishop Desmond Tutu that led this. The one challenge around that is what do you do post such a process, because it can't just end by people unburdening themselves, publicly. There has got to be more and there was reparation and other programs around that, but I think not adequately followed through.

The last one, which is current one, is the fact of growing inequality in South African society. The fact that we are going through a major economic depression, so to speak, and this was both pre-COVID-19 and exacerbated by COVID-19. There has been social compacting once again. A constituency of government, the private sector, and broad civil society, as well as the trade unions have looked at what they call a national growth strategy. What is required is to ensure a strategy that is catalytic to overcome inequality. There's a need to be quite creative, but you've got to bring all players together. It's got to be coalitions across society. 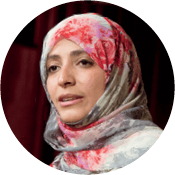 The dictator Ali Abdullah Saleh ruled Yemen by divide and conquer, and this is what he did for 33 years. He incited differences between sex, between classes, between tribes, and between cities, between North and South, and between ideologies. So that was his best game. And because of that, he ruled Yemen for 33 years. When we decided to make this stop, we decided to bring all Yemenis together to speak with one voice to think about polarization as our richness. We can build a new Yemen with our pluralization; we can build our new Yemen by our differences; and we should stop any games of a dictator. In our peaceful revolution, we call all Yemenis to stop fighting, to go to the street peacefully, to throw their weapons, and to come with us in one square and do what it takes and gather all our differences and we should be one voice against the dictatorship. Yemeni people through their differences forced the dictator out. Then, we enter a transitional period of national development. This is a very good and important example of how Yemeni people can sit with each other, with all their differences, with all their past conflicts, we sit with each other in national dialogue.

Now the problem is that we are facing the ugly counterrevolution, led by Saudi-UAE coalition from one side and also Iran from another side. But the last thing that I don’t agree with, is that it is too late for the Yemeni people. Yemeni people can overcome all their differences. This civil war is not caused by Yemeni people. It's caused by Saudi, UAE, and then Iran. If Saudi and UAE stop this intervention, you will see how Yemeni people can manage their differences and come again to dialogue and build. We are ready for that. We will win this battle because this is the battle of freedom. 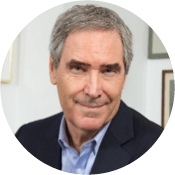 The first thing to remember about democracy is democracy’s overriding purpose is to prevent arguments and polarization ending in violence and civil war and killing. And so sometimes, democracies that have had a heritage and tradition of stability when they see violence beginning to emerge in the political system draw back mightily and they can find the resources to depolarize simply because everybody looks at the abyss and says, “We've been there and we don't want to go back.” The Colombian case is particularly tragic and shocking because you had 50 years in the abyss, and then you got close to peace. Now you know what's going to keep Colombia going over the abyss? Everybody deciding, “We don't want to go over to the abyss again.”

The Yemeni case is particularly horrible because the country has been destroyed by an external proxy war where Yemenis of good conscience and good heart, if left alone, if external forces weren't poisoning and pulverizing the society, might be able to draw back from the abyss. I think it depends critically whether, and I guess Sergio was hinting at this, whether you can get a large enough people in the middle, who say, “Listen, this polarization is driving us over the cliff. Whatever else we disagree about, we don't want to go over the cliff together.” We may be approaching this moment in the United States, if the election in November is disputed, but it's not inconceivable that there could be political violence in the wake of a disputed election in the United States. At that point, people who disagree about everything—Blue, Red, Republican, Democrat—might think, “Wait a minute, there is one thing that is worse than our arguments and that would be political violence, so let's stop this now.” Sometimes polarization ends simply because there is something worse than polarization, and that is war.

A historic crossroads for systemic racism and policing in America