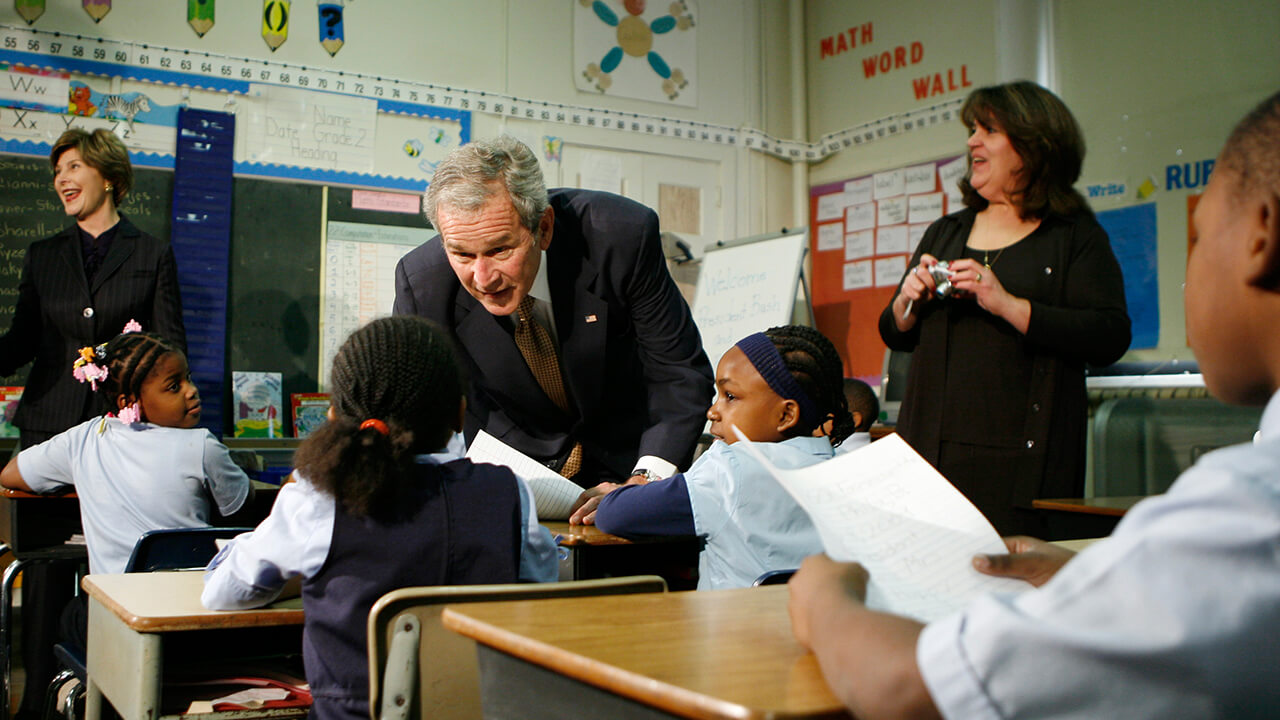 No Child Left Behind Act has mixed results in Texas schools

Many educators are convinced the No Child Left Behind Act has achieved its goals, others remain skeptical.

EFFORTS TO IMPROVE AMERICAN SCHOOLS using standardized testing go back decades. The No Child Left Behind (NCLB) Act signed by President Bush in 2002 serves as the hallmark piece of legislation designed to systemize test-based school accountability. While many educators remain convinced that NCLB has achieved its goals, others remain skeptical.

In recent years researchers have attempted to unpack the impacts of NCLB as well as state-wide attempts to improve schools and student performance using standardized testing. One such state-wide attempt, undertaken in the Texas, began in 1993 and has now yielded a significant trove of data allowing scholars to better understand the program’s longer-term outcomes.

A new research study published in the December 1 edition of The Review of Economics and Statistics reveals evidence that the Texas program served to incentive schools at risk of being rated low-performing to improve student achievement on high-stakes exams.  Later in life students in those schools were more likely to attend and graduate from college and earn higher incomes. But the study also concludes that impacts were small or non-existent for schools under accountability pressure to obtain a higher rating. Indeed, the researchers found that the lowest-scoring students in those schools were negatively affected in terms of both future academic attainment and future earnings.

“We find that students score significantly higher on the tenth-grade math exam when they are in a grade cohort that is at risk of receiving a Low-Performing rating. These students are more likely to graduate from high school on time and accumulate significantly more math credits, including in subjects beyond a tenth-grade level. Later in life, they are more likely to attend and graduate from a four-year college, and they have higher earnings at age 25. The impacts are concentrated almost entirely among students with low eighth-grade scores,” the authors write.

Those results are at least partially offset by additional evidence that finds “no impact on test scores of accountability pressure in schools that were close to receiving a high rating (called ‘Recognized’), and significant declines in math credit accumulation, attainment, and earnings for low-scoring students.” The authors attribute those declines at least in part to the practice during the early years of the Texas program of shifting lower-performing students to special education programs whose students were not included in the high-stakes testing.

“Since accountability policy in Texas was in many ways the template for No Child Left Behind, our findings may have broad applicability to the similarly structured accountability regimes that were rolled out later in other states. However, many states (including Texas itself) have changed their rating systems over time, incorporating test score growth models and limiting the scope for strategic behavior such as special education exemptions,” the authors conclude.  “At least in our setting, school accountability was more effective at ensuring a minimum standard of performance than improving performance at a higher level.”