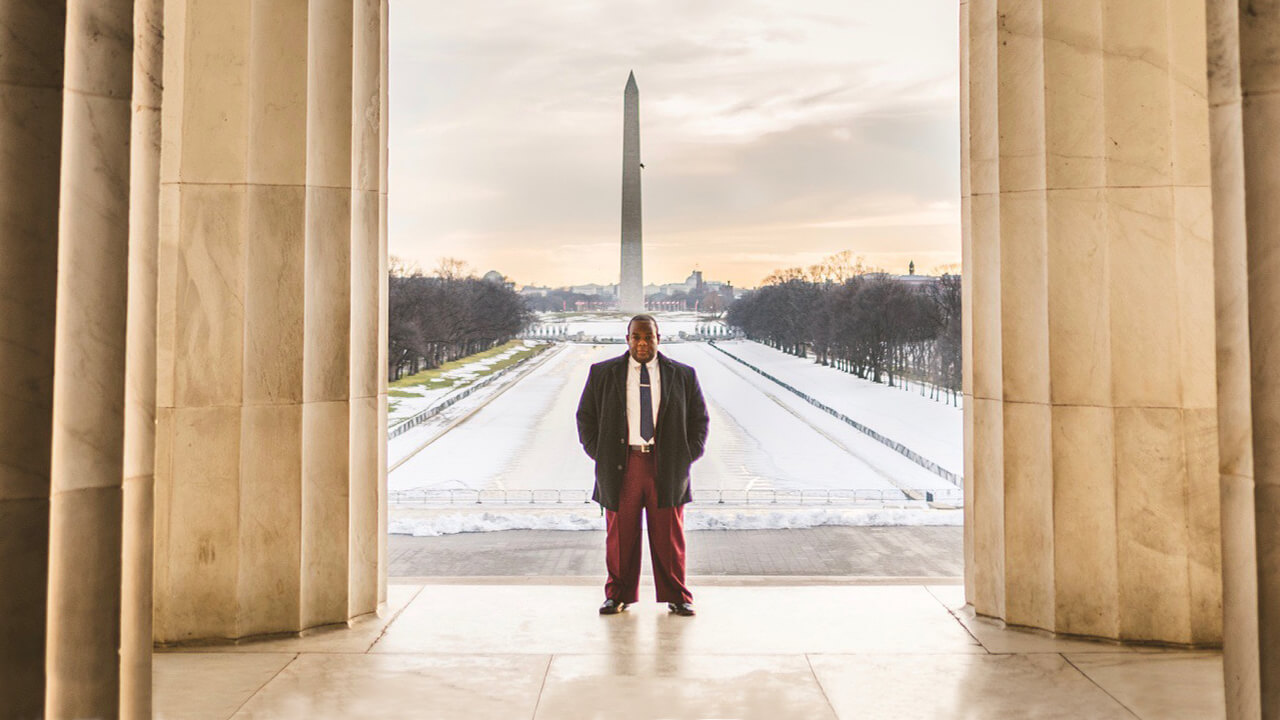 Paying a debt and recognizing Black genius in American greatness

It was during Black History Month, while supporting educational programs in America’s oldest prison, that Vincent Bish Ed.M 2021, MPA 2022 first understood how uniquely powerful a Harvard Kennedy School degree would be in his journey.

“I remember standing in San Quentin in 2019 and thinking about the thousands of people who share my same skin color, who would have been doctors, lawyers, Black coders, and whose lives have been derailed,” he recalled. Bish was at San Quentin State Prison as the director of operations for Slack, the online workplace platform. “Stewart Butterfield, Slack’s CEO, had just read Just Mercy by Bryan Stevenson MPP 1985, and he asked, ‘What can we in the tech space do for the mass incarcerated in America?’” said Bish.

Their answer was a coding pipeline course as part of an $800,000 pilot program in partnership with the Kellogg Foundation, the California Department of Corrections, and The Last Mile, an organization offering incarcerated individuals business and tech training to help as they re-enter society. As the project manager for Slack’s first social responsibility pilot, Bish recognized the challenges. “I saw the issues facing those in prison were multilayered,” he said. “I knew that technology was part of the answer. I knew that policy was part of the answer. Much like the array lens an X-ray uses to penetrate deep past what the eye can see, I knew that a policy degree was a necessary lens to understand the heart of the problem.” Bish wanted to pursue a multifaceted graduate education to address these issues, so he set his sights on Harvard’s Graduation School of Education and the Kennedy School. 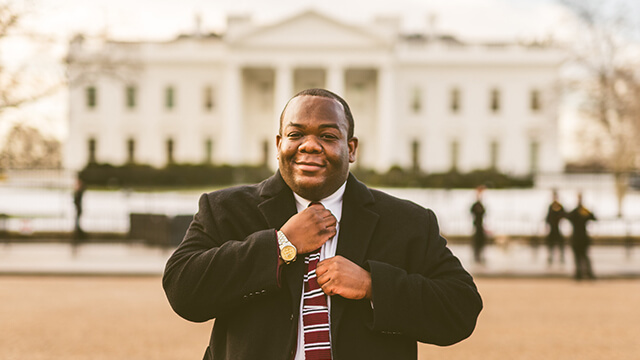 But achieving this goal was not easy. “I thought I would never get here,” he said. “I applied for the better part of seven or eight years. I’ve been beating my fists against this door for a very long time.” After completing his undergraduate degree at Trinity College, Bish joined several state offices and spent time in the Obama administration in the Department of Health and Human Services before joining Slack, all while he continued to apply to graduate school. He kept at it because he knew that graduate credentials would help him advance the work. “Without the degree, the best I could do was support the practitioners. I didn't want to see it as somebody else's opportunity or right to be able to access these problems,” he said. “And I knew I wouldn't forgive myself if I didn't continue to try.”

The journey deepened his appreciation for those who came before him. When he received his master’s degree in education from Harvard last year, he expressed this gratitude in his Graduate English Address.

It is a gratitude he still feels today. “There's a debt that I owe as a man to the women who have been kept out of the spaces that I currently inhabit, to the slaves that have walked these hallways that I now so freely inhabit,” he said. “There's a debt that I owe to the people in the 1950s and '60s who might have only gained access to these spaces with a broom and a mop. I feel their spirit, I feel their presence every time I use my voice to talk about communities that have been disenfranchised. It's underwritten by their work.”

“I think for so long this country has had a blindness to the worth of not just black bodies, but black intellect.”

It is this debt that he thinks about during Black History Month. “I think for so long this country has had a blindness to the worth of not just black bodies, but black intellect. And I think it's a time of collective remembrance to say not only that these lives mattered, but they were core and essential in the project of birthing the version of our country that we see today,” Bish said. “There is no talking about American greatness without talking about the massive talent, the mass of genius of Black folks.” And he hopes that during his time at HKS he can work with others to push the school forward. “I am often thankful when people compliment my Commencement speech,” Bish said.  “But I also want to impress upon people that there are hundreds of those even better than myself who have been attempting to get into any one of a number of places like this and have been kept out, not just now, but for hundreds of years.”

How Aisha Miller, former Boston chief of civic engagement, learned to speak up

What history teaches us about hate